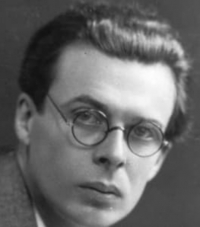 On this date in 1894, Aldous Huxley, grandson of Thomas Henry Huxley and brother of Julian Huxley, was born in Surrey. An eye disease partially blinded him at age 16 for about a year and a half. He regained enough vision to study, read and become a successful novelist. Two volumes of his poetry were published while he was still a student at Oxford. He launched a successful career as a satiric writer of novels, which included: Crome Yellow (1921), Antic Hay (1923), Those Barren Leaves (1925), Point Counter Point (1928), Brief Candles (1930), Brave New World (1932) and Eyeless in Gaza (1936).

His screenplays included "Pride and Prejudice" (MGM's version of the Austen book), "Madame Curie" (1938, and "Jane Eyre" (1944). Huxley observed toward the end of his life, "It is a bit embarrassing to have been concerned with the human problem all one's life and find at the end that one has no more to offer by way of advice than 'Try to be a little kinder.' " D. 1963.

“If we must play the theological game, let us never forget that it is a game. Religion, it seems to me, can survive only as a consciously accepted system of make-believe."

"You never see animals going through the absurd and often horrible fooleries of magic and religion. ... Asses do not bray a liturgy to cloudless skies. Nor do cats attempt, by abstinence from cat's meat, to wheedle the feline spirits into benevolence. Only man behaves with such gratuitous folly. It is the price he has to pay for being intelligent but not, as yet, quite intelligent enough.” 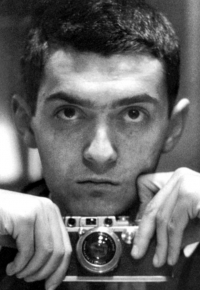 “The whole idea of god is absurd. If anything, '2001' shows that what some people call 'god' is simply an acceptable term for their ignorance. What they don't understand, they call 'god.' ... I chose to do Dr. Clarke's story as a film because it highlights a critical factor necessary for human evolution; that is, beyond our present condition. This film is a rejection of the notion that there is a god; isn't that obvious?” 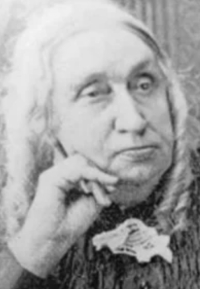 On this date in 1817, abolitionist infidel Lucy N. Colman (née Danforth) was born in New England, a descendant of John and Priscilla Alden through her mother's side. She was twice widowed. When her second husband was killed in a work-related accident, she was left to support her 7-year-old daughter. With workplace door after door slammed in her face because of her sex, she discovered "woman's wrongs." She wrote, "I had given up the church, more because of its complicity with slavery than from a full understanding of the foolishness of its creeds."

She turned to teaching in Rochester, earning less than half what a male teacher made. Susan B. Anthony discovered her and invited her to address a teachers' association. She created a sensation by urging the abolition of corporal punishment in schools (see quote). She became an abolitionist lecturer, sacrificing security, comfort and wages to work against slavery. Often mobbed, she found that the racist ringleaders were nearly always clergymen. Frederick Douglass conducted the funeral for her daughter, who died suddenly at college. Colman later taught at a "colored school" in Georgetown and held many philanthropic positions. She wrote regular columns for the leading freethought publication, The Truth Seeker. D. 1906.

“If your Bible is an argument for the degradation of woman, and the abuse by whipping of little children, I advise you to put it away, and use your common sense instead.” 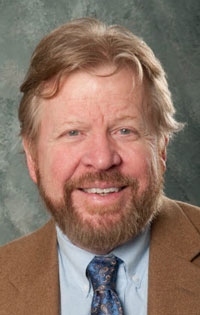 On this date in 1951, linguist Daniel Everett was born in Holtville, Calif., to a working-class family. A voracious reader, Everett became interested in linguistics after viewing "My Fair Lady" as a high schooler. He met Keren Graham, the daughter of Christian missionaries, in high school and, at 17, became a born-again Christian. A year later, he and Keren married. After graduating from the Moody Bible Institute of Chicago in 1975, they both enrolled in an international evangelical organization, the Summer Institute of Linguistics (S.I.L.), with the mission of "spreading the Word of God" by translating the bible into the languages of preliterate societies.

Everett was chosen to work with the Piraha, a small tribe of about 350 people in the jungles of Brazil. S.I.L. had sent prior missionaries to this tribe before, but due to the complexity of the Piraha language, none had succeeded in mastering it. Among other challenges, it is a language that is as likely to be hummed or whistled, as it is to be spoken. Keren, Everett and their three young children were sent to the Piraha village at the mouth of Maici River. The Piraha have resisted all efforts from outside influences, steadfastly maintaining their own culture.

Everett's conclusion that the Piraha language lacks grammatical recursion (sentences embedded within sentences, a concept promoted by foremost linguist Noam Chomsky and considered a cornerstone of language) has created controversy in the field of modern linguistics. Everett discovered the Piraha have no creation myths; they don't draw pictures or make up stories about the ancient past. They believe in spirits, with which they may have a direct encounter, but "there's no great god who created all the spirits," Everett noted. (Science News, Dec. 2005.).

Everett eventually lost his faith and became an atheist. It took 19 years before he told his wife and, when he did, their marriage ended and two of his three children disassociated themselves from him.

Everett served as chair of linguistics, languages and cultures at Illinois State University at Normal. His book, Don't Sleep, There Are Snakes: A Life in the Amazon, was published by Random House in 2008: "The Pirahas have shown me that there is dignity and deep satisfaction in facing life and death without the comforts of heaven or the fear of hell, and of sailing towards the great abyss with a smile. And they have shown me that for years I held many of my beliefs without warrant. I have learned these things from the Pirahas, and I will be grateful to them for as long as I live."

“I went from being a Christian missionary to an atheist.” 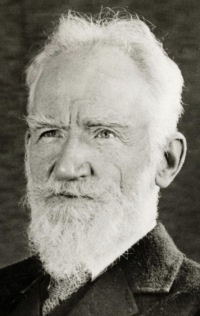 On this date in 1856, George Bernard Shaw was born in Dublin, Ireland. After his parents separated, Shaw moved to London at age 20, where he built a long, distinguished and often controversial career as a critic, journalist, stage director, women's rights advocate, war critic, religion critic and, most notably, playwright. Shaw wrote over 50 plays ranging from tragedies to comedies to powerful social critiques. Some of his most famous productions include "Man and Superman" (1903), "Saint Joan" (1923), "Caesar and Cleopatra" (1901), "Major Barbara" (1905) and "Pygmalion" (1913). Shaw's strong allegiance to socialism as a means to improve the lives of the working class was evident throughout much of his literary and dramatic work.

Shaw, along with fellow freethinkers Beatrice and Sidney Webb and others had leadership roles in the Fabian Society, a socialist movement which attracted Bertrand Russell, Virginia Woolf and Annie Besant. Together with atheist Graham Wallas and the Webbs, Shaw co-founded the London School of Economics in 1895 to promote "the betterment of society." Shaw won the Nobel Prize (though he refused the monetary award) for his contribution to literature in 1925 and an Academy Award for Best Screenplay in 1938 for the film "Pygmalion."

Shaw's work sometimes overtly criticized religion, such as his play "Androcles and the Lion" (1912) and the short story "The Adventures of the Black Girl in Search for God." (1938). While Shaw claimed to have become an atheist at age 10, he started to reject atheism and classify himself as a mystic. But throughout most of his life he remained critical of organized religion and especially the Christian church. "There is nothing in religion but fiction." (Back to Methuselah, 1924.) Near the end of his long life, Shaw requested that "the form of a cross or any other instrument of torture or symbol of blood sacrifice" be omitted from all memorials to him. (D. 1950)

"It is not disbelief that is dangerous to society, it is belief." 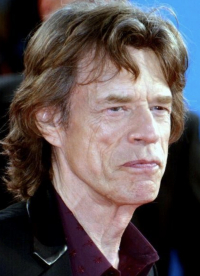 On this date in 1943, Michael Philip Jagger was born in Dartford, Kent, England. He was one of the founders of the iconic band the Rolling Stones in 1962 and became its lead singer and songwriter. Jagger has toured with the band in many different countries. The Stones were awarded a Grammy Lifetime Achievement Award in 1986.

In 1971 Jagger helped create the Rolling Stones Records label. He achieved further fame as a solo artist with five albums, including “She’s The Boss” (1985) and as an actor and producer who founded the Jagged Films company. He has acted in films such as “Performance” (1968) and “Ned Kelly” (1970), and his music appeared in the 2004 film “Alfie.” In 2003, Jagger was knighted as Sir Michael Jagger for his Services to Music. He has married twice (common law with Jerry Hall) and has eight children with five women, the most recent in 2016.

“Like most English people I’m not a great believer,” Jagger said in a 2007 interview with The Independent. “I’ve read Richard Dawkins’ book and it’s very persuasive. I’m more in awe of the universe and that’s not really a belief in God.” Jagger has also spoken out about the harm of religion. “Killing for ideas is the most dangerous form of killing at all. Being willing to die for your ideas rather than your country is another concept, but dying for an idea, like in religion, is absurd,” Jagger said in an interview with High Times in 2003. Some sources say that Jagger practices Buddhism.

“I don’t have belief in the Holy Book. I don’t think many English people do.”