There are 4 entries for this date: Sherwin Wine , Robert Burns , W. Somerset Maugham and Virginia Woolf 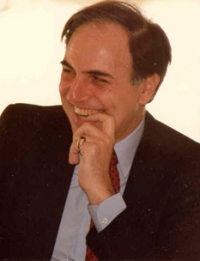 On this date in 1928, Sherwin T. Wine was born in Detroit, Mich. He received his bachelor’s degree in philosophy from the University of Michigan, and returned for his master’s degree in philosophy in 1951. Wine attended Hebrew Union College in Cincinnati and was ordained as a rabbi in 1956. He worked as a U.S. Army chaplain in Korea (1957–58) and an assistant rabbi at Temple Beth El in Detroit (1958–60). Wine wrote many books, including Judaism Beyond God (1985) and Staying Sane in a Crazy World (1995). He lived with his partner, Richard McCains, until Wine’s death in 2007 in Morocco from a car accident.

Born to Conservative Jewish parents, Wine began questioning the idea of a god at Hebrew Union College and gradually lost his faith. He told Time magazine in 1965: “I am an atheist," adding, "I find no adequate reason to accept the existence of a supreme person.” (Quoted in The New York Times, July 25, 2007.) Wine’s lack of belief led him to consider the concept of Humanistic Judaism, which rejects belief in God while maintaining secular Jewish traditions, culture and ethics.

“Theological beliefs have nothing to do with Jewish identity. The Jewish people encompass theists and atheists,” Wine explained in his book Celebration (2003). He elaborated on the beliefs of Humanistic Judaism: “Humanists know that they have the right and the power to be the masters of their own lives, that they have the strength to confront the world as it is and not as fantasy makes it appear, and that they have the opportunity to serve the future and not the past.”

Wine established the Birmingham Temple in 1963 in Farmington Hills, a suburb of Detroit. At the temple, which he worked at until his retirement in 2003, Wine performed services with no mention of God, replacing prayers with poetry and Torah readings with speeches on history. Humanistic Judaism is now practiced worldwide. D. 2007.

“If I were a CEO of a company and ran it like God runs the universe, I’d be fired.” 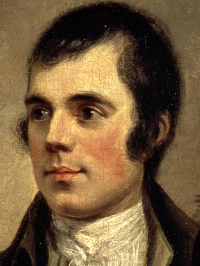 On this date in 1759, Robert Burns was born to a poor farming family in Alloway, Scotland, the setting for his poem "Tam o' Shanter." He once described himself as being full of "enthusiastic, idiot piety" as a boy and early on questioned religious belief despite being forced to read "A Manual of Christian Belief," written by his father. He directed his pen against Calvinism in his first poem, "Two Herds" (1785), a satire on rival theology, followed by "Holy Willie's Prayer" and "Holy Fair."

Biographers, unsure whether to call Burns an agnostic or a deist, agree he rejected Calvinism ("I am in perpetual warfare with that doctrine." (Letter to Mrs. Dunlop, Aug. 2, 1788.)  He also criticized churches ("Courts for cowards were erected / Churches built to please the priest"), doubted the existence of God ("O Thou Great Being! what thou art / Surpasses me to know") and the existence of an afterlife.

In his poem "To a Louse on Seeing One on a Lady's Bonnet at Church," Burns famously wrote, "O wad some pow'r the giftie gie us / to see oursels as others see us! / It wad frae monie a blunder free us / An' foolish notions."  The celebrated "Ploughman Poet" bequeathed to the world the lyrics of "Auld Lang Syne," striking a welcome secular note with which to end the Western New Year, "We'll take a cup o' kindness yet / For auld lang syne."

Burns had 12 children with four women, including nine by his wife Jean Armour. Of the nine, only three survived to adulthood. When he died at age 37 of heart disease in 1797, 10,000 people attended the burial. In 2009 the British television channel STV conducted a public vote on who was "The Greatest Scot" of all time. Burns won narrowly over William Wallace.

"[Burns] lives in darkness and in the shadow of doubt. His religion, at best, is an anxious wish; like that of Rabelais, 'a great Perhaps.' ” 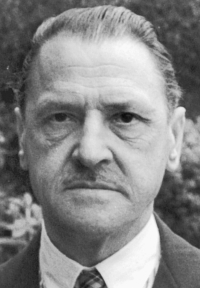 On this date in 1874, William Somerset Maugham was born in Paris, where his father was an attorney with the British Embassy. He was orphaned by the time he was 10 after his father died of cancer and his mother of tuberculosis. He underwent medical training at St. Thomas Hospital in London, becoming a doctor in 1897. After publishing his first novel, Liza of Lambeth (1897), Maugham left his medical career to pursue writing. His literary skill and concise writing style helped him become an accomplished novelist, playwright and short-story writer.

He is most famous for writing the semi-autobiographical novel Of Human Bondage (1917). His other popular works include The Moon and Sixpence (1919), Cakes and Ale (1930), The Razor’s Edge (1944) and the short story “Rain” (1923). He married Syrie Wellcome following her divorce from Henry Wellcome in 1917. The marriage was unhappy and they divorced in 1928. They had one daughter, Mary Elizabeth, born in 1915. Many of Maugham’s significant relationships were with men. Frederick Gerald Haxton, his American secretary, was his lover and companion from 1914 until Haxton’s death in 1944.

Maugham was a nonbeliever who saw no need for religion. “I remain an agnostic, and the practical outcome of agnosticism is that you act as though God did not exist,” he wrote in his memoir The Summing Up (1938). In the notebook he kept from 1892-1949, he discussed his lack of religious beliefs more extensively: “I’m glad I don’t believe in God. When I look at the misery of the world and its bitterness I think that no belief can be more ignoble.” (A Writer’s Notebook, 1949.)

He continued in his notebook: “The evidence adduced to prove the truth of one religion is of very much the same sort as that adduced to prove the truth of another. I wonder if that does not make the Christian uneasy to reflect that if he had been in Morocco he would have been a Mahometan, if in Ceylon a Buddhist; and in that case Christianity would have seemed to him as absurd and obviously untrue as those religions seem to the Christian.” D. 1965.

“I do not believe in God. I see no need of such idea. It is incredible to me that there should be an after-life. I find the notion of future punishment outrageous and of future reward extravagant. I am convinced that when I die, I shall cease entirely to live; I shall return to the earth I came from.” 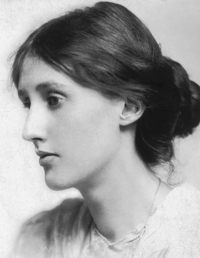 On this date in 1882, novelist and essayist Virginia Woolf, née Adeline Virginia Stephen, the daughter of freethinker Sir Leslie Stephen and Julia Jackson Duckworth, was born in London. Starting at an early age, she and her sister Vanessa were sexually abused by two half-brothers. Woolf's mother died when she was in her early teens, followed by the death of her caretaking half-sister Stella, then her father from a slow cancer in 1904 and finally her brother Toby in 1906.

Woolf had the first of several major breakdowns following Toby's death. She moved into the home of her sister Vanessa and her husband Clive Bell in Bloomsbury, which became the hub of the intellectual and largely freethinking Bloomsbury group. In 1905 she began working for the Times Literary Supplement. She married Leonard Woolf in 1912.

Woolf pioneered the modern novel, employing stream-of-consciousness and a non-linear narrative. Orlando featured an androgynous protagonist, reputedly inspired by Vita Sackville-West, with whom she had a love affair. Woolf committed suicide by drowning herself during a recurring period of mental breakdown and despair in early World War II, writing her husband: "I owe all my happiness to you but can't go on and spoil your life." (D. 1941)

“I read the Book of Job last night — I don't think God comes well out of it.”