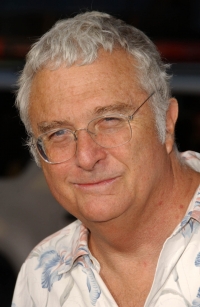 On this date in 1943, singer-songwriter Randall Stuart Newman was born in Los Angeles to nonobservant Jewish parents Irving and Adele (Fox) Newman. Growing up in New Orleans, Newman was greatly influenced by the music he heard as a child. He began playing piano at age 7. His uncles wrote film scores for a living and one, Al Newman, wrote the now-famous 20th Century Fox fanfare.

At age 17 he started work as a songwriter for a publishing company and released his first single in 1962. He studied music at UCLA but dropped out with just one semester left. His first album, ”Randy Newman” (1968), was critically acclaimed. In 1972 his songs “Sail Away” and “You Can Leave Your Hat On” gained him further recognition. Newman’s first major pop hit, “Short People” (1977), reached number two on the Billboard charts. His song “I Love L.A.” (1983), can be frequently heard at L.A. sports events.

Newman has released 12 studio albums, most recently "Dark Matter" in 2017. Since the 1980s he has worked mostly as a film composer and has scored nine Disney-Pixar animated films. He has won three Emmys and seven Grammy Awards and has been inducted into the Songwriters Hall of Fame and the Rock and Roll Hall of Fame.

AllMusic critic Mark Deming called “God’s Song (That’s Why I Love Mankind)," albeit quietly sung in a slow tempo, "one of the most bitter rants against religion that anyone committed to vinyl prior to the punk era.”

He was married to German-born Roswitha Schmale from 1967 to 1985 and they had three sons. In 1990 he married Gretchen Preece. They had two children.

"Clearly, the Newmans weren't what you would call observant and the revelation of his Jewishness prompted in Randy a study of comparative religion that made him a devout atheist ('except when I'm sick')." 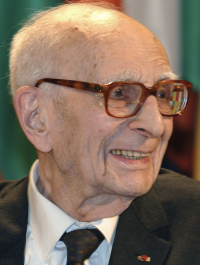 On this date in 1908, anthropologist and ethnologist Claude Lévi-Strauss was born to French Jewish parents living in Brussels. Lévi-Strauss was instrumental in the development of structuralism and structural anthropology, incorporating the structural linguistics of Ferdinand de Saussure into anthropological theory. He was dismissed from a teaching position in 1940 due to the Vichy racial laws in Nazi-occupied France. These same anti-Semitic laws would subsequently strip him of his French citizenship and force him to move to New York City to find work teaching at the New School for Social Research.

Lévi-Strauss’ time in New York, perhaps especially because he was working alongside other intellectuals in exile, proved massively influential on his work. Upon publication of Tristes Tropiques (1955) — part memoir, part travelogue, part philosophical treatise — he was recognized as one of the world’s foremost intellectuals.

He chaired the department of social anthropology at the Collège de France from 1959-82 and was elected to the Académie Française in 1973. He received nearly every major honor given to French intellectuals, including the Grand Cross of the National Order of the Legion of Honour. He is frequently referred to as the “father of modern anthropology.” His most influential and adventurous work, La Pensée Sauvage (The Savage Mind, 1962) documented an important debate with Jean-Paul Sartre over the nature of human agency, history and social change. In the book, Lévi-Strauss’ structuralism is presented as an alternative to Sartre’s existentialist philosophy.

"Personally, I've never been confronted with the question of God."

—Lévi-Strauss, describing himself as an atheist, Time magazine (1966) 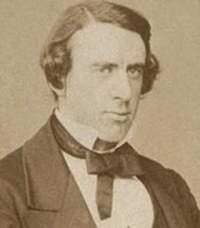 On this date in 1832, former Anglican priest, author and political essayist Leslie Stephen was born in Kensington Gore, England. He was educated at Eton, King's College and Cambridge, primarily studying mathematics. He was required to become an Anglican priest when he became a fellow of his college but was known for his athletics, not his sermons. He later told freethought historian Joseph McCabe that Cambridge was so liberal when he was there that if it was known a dinner party was open to heretics only, it was standing room only.

By 1862 he was refusing to participate in chapel services, saying he had not lost his faith but had discovered that he had never had any. He became editor of The Cornhill in 1871, a monthly journal earlier edited by William Makepeace Thackeray, whose daughter he had married. Stephen wrote freethought articles for Fraser's and Fortnightly. In 1877 he wrote An Agnostic's Apology. His writings include History of English Thought in the Eighteenth Century, two volumes (1876), Johnson (1878), Pope (1880), Swift (1882), Science of Ethics (1882) and The English Utilitarians, three volumes (1900).

Stephen also edited 26 volumes of the Dictionary of National Biography and was its first editor. In 1902 he was knighted and made a fellow of the British Academy. Today he is perhaps best known as the father of Vanessa Bell and Virginia Woolf and as the model of Virginia's Mr. Ramsey in To the Lighthouse (1927). D. 1904.

“I now believe in nothing, to put it shortly; but I do not the less believe in morality.” 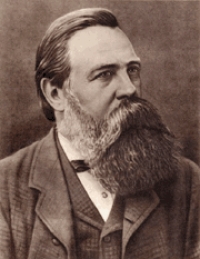 On this date in 1820, Friedrich Engels was born in Germany into a wealthy family. Managing a branch of his father's business in Manchester, England, from 1842-1845, Engels became appalled at the poverty of the workers. He wrote his first socialist work, Conditions of the Working Class in England. After their meeting in 1844, Engels and Karl Marx became lifelong colleagues. While co-writing an article with Engels called "The Holy Family," Marx was expelled from France at Prussian insistence. Engels followed him to Belgium. They founded the Communist League in London in 1846 and co-wrote The Communist Manifesto.

A month after it was published in 1848, Marx was expelled from Belgium. Engels became a primary financial supporter of the Marx family, returning to work in Germany with his father while Marx lived in England. Prime Minister John Russell had refused to expel Marx or Engels on principles of freedom of thought. Engels' books include Origin of the Family, Private Property and the State. After Marx' death in 1883, Engels edited and translated his writings. According to freethought encyclopedist Joseph McCabe, Engels' acquaintance, Belfort Bax, called him "the devout Atheist" (A Biographical Dictionary of Modern Rationalists) (D. 1895) 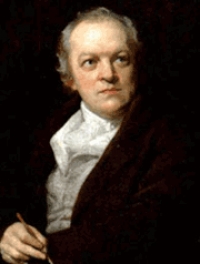 On this date in 1757, poet and artist William Blake was born in London to shopkeepers. He enrolled in a drawing school at age 10, then apprenticed to an engraver at 14. After his seven-year apprenticeship, he became a journeyman copy engraver at age 21. He was admitted to the Royal Academy of Art's School of Design in 1779. His book of poetry, Poetical Sketches, was published in 1783. Blake set up a printing and publishing partnership in 1784 and invented relief etching in 1788.

His first decorative, "illuminated" books of aphorisms, All Religions Are One (1787) and There Is No Natural Religion (1788), were influenced by the Swedish mystic Emanuel Swedenborg. He had become disillusioned with Swedenborg by the time he produced Songs of Innocence (1789) and The Marriage of Heaven and Hell (1790). He began to rub shoulders with London's leading rationalists and reformers, composing and engraving designs for Mary Wollstonecraft's Original Stories from Real Life (1791). He met William Godwin, Joseph Priestley and Thomas Paine.

It was said Blake tipped off Paine about an impending arrest and helped him flee. Although Blake lived in the imagination and was theistic rather than rational by temperament, he was also staunchly unorthodox: "As the caterpillar chooses the fairest leaves to lay her eggs on, so the priest lays his curse on the fairest joys." ("Proverbs of Hell," from The Marriage of Heaven and Hell.) His ethical advice? "A truth that's told with bad intent /  beats all the Lies you can invent." (Auguries of Innocence.)

Wordsworth wrote after Blake's death, "There was no doubt that this poor man was mad, but there is something in the madness of this man which interests me more than the sanity of Lord Byron and Walter Scott." (D. 1827)

“Prisons are built with stones of Law, Brothels with bricks of Religion."