There are 4 entries for this date: William Godwin , Sir Edward Herbert , Brian Cox and Ira Glass 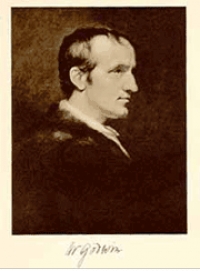 On this date in 1756, William Godwin was born in England, the son and grandson of strait-laced Calvinist ministers. Godwin followed in paternal footsteps, becoming a minister by age 22. His reading of atheist d'Holbach and others caused him to lose both his belief in the doctrine of eternal damnation and his ministerial position. Through further reading, Godwin gradually became godless. His Political Justice and The Enquirer (1793) argued for morality without religion and caused a scandal. He followed that philosophical book with a trail-blazing fictional detective story, Caleb Williams (1794).

He and Mary Wollstonecraft, author of A Vindication of the Rights of Woman, secretly married in 1797. She died tragically after giving birth to theiir daughter Mary in 1797. Godwin and his second wife Mary Jane opened a bookshop for children and he became a proficient author of children's books, employing a pseudonym due to his notoriety. Godwin's life was marked by poverty and further domestic tragedies. He was responsible for a family of five children, none of whom had the same two parents.

Influenced by Coleridge, Godwin became more of a pantheist than an atheist. He died at age 80 in 1836.

"The religions of the heathen world consisted principally in the practice of certain observances and ceremonies, and made them appeal to the senses. They do not obviously lead to debates and hostility of one religion to another. But the Christian religion is a religion of faith and dogmas. The opposite opinions of predestination and free-will, of faith and works, of a particular and a general providence ... unavoidably led to the engendering of much pertinaciousness and bitterness of controversy."

On this date in 1583, Edward Herbert, "the father of English deism," was born in County Shropshire. His father was the the sheriff of Montgomeryshire and a member of Parliament. Herbert studied at University College-Oxford from 1595 to 1600 (marrying his cousin Mary in 1599). In 1603 he was knighted by King James I. He was appointed ambassador to France in 1619 and received Irish peerage in 1624.

In 1629, Charles I raised him to the English peerage as Lord Herbert of Cherbury. Towards the end of his life, Herbert chose to side with Parliament during the English Civil War so that he could keep his library; he did not live to see the monarchy restored. Herbert left behind much diverse writing, including a light-hearted autobiography, a history of the reign of Henry VIII, a collection of verses and a collection of lute music he composed. His philosophical works, metaphysical or religious, included De veritate (On Truth) and Religio laici (Religion of the Laity).

Herbert is considered to be the father of English deism and a founder of the field of comparative religion. According to R.D. Bedford's The Defence of Truth (1979), Herbert was strongly influenced by Continental deists, atheists and others of a rationalistic bent who were not widely read in England in the 17th century. He was interested in finding a rational form of religion instead of a revealed one. In his De religione gentium (Pagan Religions), published posthumously in 1663, he discussed what he saw as the five important propositions common to pre-Christian and modern religions:

“I. That there is one Supreme God. II. That he ought to be worshipped. III. That virtue and piety are the chief parts of divine worship. IV. That we ought to be sorry for our sins, and repent of them. V. That divine goodness doth dispense rewards and punishments both in this life and after it.” D. 1648.

"There is a universal church made up of all people who assent to these basic beliefs, and [Herbert] rejects the Bible as revelation. 'Revelation,' he said, 'is every divine and happy sentiment within.' " 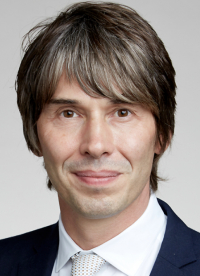 On this date in 1968, Brian Edward Cox was born in Lancashire, England. After completing his secondary education, Cox joined the rock band Dare as a keyboardist. Following the band’s breakup, Cox enrolled at the University of Manchester to study physics. He continued his career in music, playing with the pop band D:Ream, while receiving his B.Sc. and M.Phil degrees. D:Ream had several hits on the UK charts, including “Things Can Only Get Better,” a No. 1 hit.

As of this writing he works as a particle physicist at the University of Manchester and at the Large Hadron Collider near Geneva, Switzerland. He is a fellow of the Royal Society, the UK's national academy of sciences.

Cox is best known for his science outreach to the general public and has appeared on numerous BBC television and radio programs. Cox also lectures widely, has given several TED talks, and has co-authored several books about physics, including 2009’s Why Does E=mc²? (And Why Should We Care?).

Cox is a strong advocate for science education and government funding of scientific research. Cox told the Guardian (March 7, 2010) that he has never believed in God, saying, “I was sent to Sunday school for a few weeks but I didn't like getting up on Sunday mornings.” He married Gia Milinovich in 2003 and they have one child.

"So for me, the idea I would be able to have an entertaining and enjoyable afternoon discussing with people with whom I suppose I have to say I disagree at the most fundamental level, because I don't have a particular faith, or any faith in fact – however, I think that difference of opinion and view of the world is to be celebrated and explored." 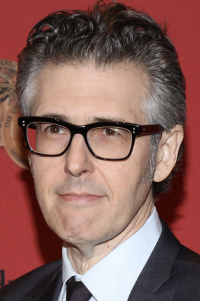 On this date in 1959, radio personality Ira Glass was born to Jewish parents in Baltimore, Md. While in college he interned at National Public Radio, where he worked after graduating from Brown University with a degree in semiotics in 1982. Glass worked as a production assistant for “All Things Considered” and then as a reporter for National Public Radio, spending a year in a high school and a year in an elementary school reporting on education.

In 1989 he moved to Chicago to co-host a show called “The Wild Room.” In 1995 the radio program “This American Life" debuted, produced and narrated by Glass. By 2016 it was reaching over 4 million listeners each week. In 2013 the WBEZ board voted to raise his salary from $170,000 to $278,000 but he asked for it to be lowered to $146,000 the next year, calling the original sum "unseemly." He supplements his income with speaking engagements.

Glass says that his family was always secular and that he stopped believing in God soon after his bar mitzvah at age 13: "I found I just didn’t believe in God." (Chicago Tribune, Dec. 14, 2000.)

Glass married writer and editor Anaheed Alani in 2005. "We have the entire Middle East crisis in our house," he joked. "Her mom is Christian and her dad is Muslim, from Iraq." They divorced in 2018. He has won numerous industry awards and was inducted into the National Radio Hall of Fame in 2014.

PHOTO: Glass at the 2013 Peabody Awards.