There are 3 entries for this date: Richard E. Grant , John Scopes (Arrested) and Karl Marx 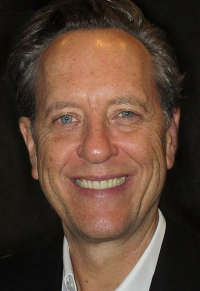 On this date in 1957, actor Richard E. Grant (né Richard Grant Esterhuysen) was born in Mbabane, the capital of Swaziland when it was a British protectorate and his father Henrik was the nation's director of education. He had a tough childhood. Henrik was an alcoholic who could become abusive, and his mother Leonne ran off with her husband's best friend not long after Richard saw them having sex in the back seat of a car when he was 10. Henrik shot at Richard one night and "then passed out. He didn't remember it the next day," Richard said. He told The Independent in 2006 that he was estranged from his younger brother Stuart.

Grant has written three books and started marketing a line of Jack perfumes in 2014. He married voice coach Joan Washington, eight years his senior, in 1986. They have a daughter, Olivia, and she has a son, Tom. He described himself in April 2014 to The Telegraph newspaper as a "confirmed atheist."

In February 2000 he told The Daily Mail that, "Like [my father], I absolutely believe in the here and now. I have no expectation that there's anything beyond. Life's to be grabbed with every fibre of your being." In October 2005, he told The Times of London that although his wife is a Christian, she encouraged their daughter to make up her own mind: "Like me, she came to the conclusion that both Heaven and Hell are here on Earth."

"I took a comparative religion course when I was at university to get an overview, but it had no impact whatsoever. As far as I'm concerned, Darwin has come up with the best theory of how, when and why we are here. Nothing else has convinced me otherwise." 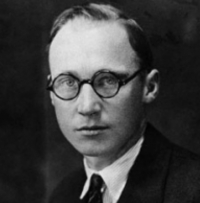 On this date in 1925, high school biology teacher John T. Scopes of Dayton, Tenn., was arrested for teaching evolution. About 10 weeks later, on July 21, a jury deliberated only nine minutes before returning a guilty verdict. The judge fined Scopes $100. On appeal, the state Supreme Court upheld the constitutionality of the law but overturned the conviction on the grounds that the fine was excessive because it was over the $50 maximum that could be levied by judges. Only juries could exceed that limit. The state chose not to retry the case. Not until 1967 did Tennessee repeal its anti-evolution statute. 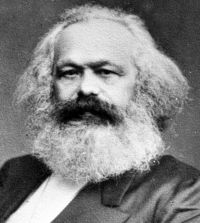 On this date in 1818, Karl Heinrich Marx, descended from a long line of rabbis, was born in the Prussian Rhineland. His father converted to Protestantism shortly before Marx's birth. Educated at the Universities of Bonn, Jena and Berlin, Marx started writing for the German language, socialist newspaper Vorwärts! (Forward) in 1844 in Paris. After being expelled from France at the urging of the Prussian government, which "banished" him in absentia, he studied economics in Brussels.

He and Friedrich Engels founded the Communist League in 1847 and published the Communist Manifesto. After the failed revolution of 1848 in Germany, in which Marx participated, he eventually wound up in London. Marx worked as foreign correspondent for several U.S. publications. His Das Kapital came out in three volumes (1867, 1885 and 1894). He organized the International and helped found the Social Democratic Party of Germany.

Although Marx was an atheist, Bertrand Russell later remarked, "His belief that there is a cosmic force called Dialectical Materialism which governs human history independently of human volitions, is mere mythology." (Portraits From Memory, 1956) Marx once quipped, "All I know is that I am not a Marxist." (According to Engels in a letter to C. Schmidt; Who's Who in Hell by Warren Allen Smith)

He married German theater critic and political activist Jenny von Westphalen in 1843. They had seven children. Only three survived to adulthood. In poor health for much of his life, he died at age 64 in London, two years after his wife. (D. 1883)

“Religion is the sigh of the oppressed creature, the feelings of a heartless world, just as it is the spirit of unspiritual conditions. It is the opium of the people.”
“The first requisite of the happiness of the people is the abolition of religion.”