There are 2 entries for this date: Bertrand Russell and Juan Mendez 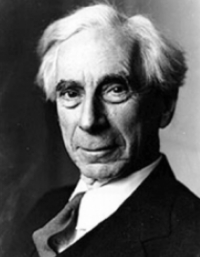 On this date in 1872, Bertrand Arthur William Russell was born in England. "A good world needs knowledge, kindliness, and courage; it does not need a regretful hankering after the past, or a fettering of the free intelligence by the words uttered long ago by ignorant men," Russell wrote. "Bertie" to friends, Russell, during his 97 years, did all he could to add to human knowledge and to inspire kindness.

His second wife, Dora Black, called him "enchantingly ugly." An attorney who won a suit to void Russell's appointment to the philosophy department at the College of the City of New York in 1940 because of his liberal views, described Russell as "lecherous, libidinous, lustful, venerous, erotomaniac, aphrodisiac, irreverent, narrow-minded, untruthful and bereft of moral fiber."

"What I wish at bottom is to become a saint," Russell once admitted, but he couldn't help being pleased by the label "aphrodisiac." The mathematician (who called his first encounter with Euclid "as dazzling as first love") philosopher and social activist published 75 books.

He launched headlong into a life of radicalism in his 40s as a pacifist opposing World War I. He liked to recount his experience in prison, where he was sentenced for his pacifism, and in his autobiography wrote: "I was much cheered on my arrival by the warden at the gate, who had to take particulars about me. He asked my religion, and I replied 'agnostic.' He asked how to spell it, and remarked with a sigh, 'Well, there are many religions, but I suppose they all worship the same God.' This remark kept me cheerful for about a week."

He spent his last years courageously working for nuclear disarmament. In "The Faith of a Rationalist," broadcast by the BBC in 1953, Russell observed: "Cruel men believe in a cruel God and use their belief to excuse their cruelty. Only kindly men believe in a kindly God, and they would be kindly in any case." One of his maxims was "Never try to discourage thinking, for you are sure to succeed." Russell won the Nobel Prize for Literature in 1950 "in recognition of his varied and significant writings in which he champions humanitarian ideals and freedom of thought." (D. 1970)

“I believe that when I die I shall rot, and nothing of my ego will survive. I am not young, and I love life. But I should scorn to shiver with terror at the thought of annihilation. Happiness is nonetheless true happiness because it must come to an end, nor do thought and love lose their value because they are not everlasting.” 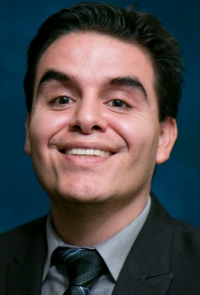 On this date in 1985, community activist and state legislator Juan Mendez was born in Arizona. A first-generation American, he graduated from high school in Tolleson, a Phoenix suburb, and from Arizona State University with a major in political science and minor in justice studies. He then worked as political coordinator for Iron Workers Local 75 and as a program instructor for the Boys and Girls Club of the East Valley. From 2009-13, he ran the nonprofit Arizona Community Voice Mail to help connect the homeless to jobs, housing, information and hope.

Mendez burst into the national consciousness after being elected in 2012 to the Arizona House of Representatives from District 26. The 240 words of his secular invocation to open a House session caused quite a stir on May 21, 2013.

Such a "nonprayer" in a statehouse was unheard of at the time. Mendez also introduced Secular Coalition for Arizona members sitting in the gallery. One member said later she was "witnessing history." In recognition of Mendez's courage, FFRF bestowed on him its Emperor Has No Clothes Award, which he accepted at the 2013 national convention in Madison, Wis. After Gov. Jan Brewer signed an executive order in August 2014 to create the Governor’s Office of Faith and Community Partnerships, Mendez joined a group at the Capitol to criticize the office.

He was reelected in November 2014 and became involved in another invocation controversy in 2016. After he had signed up in January to give an invocation, House Majority Leader Steve Montenegro blocked him, saying all invocations had to be made to a "higher power" and even barring moments of silence. Mendez then used his right in February to make personal comments from the floor to offer a secular invocation after the official prayer, saying the state's diversity includes people of different religions “and lack thereof. We need not tomorrow’s promise of reward to do good deeds today."

Early in the next month, he offered another, after which Montenegro said that because Mendez didn't invoke God, a Baptist minister would, calling Mark Mucklow to the podium. “At least let one voice today say 'Thank you, God bless you,' ” Mucklow proclaimed at the end of his prayer.

"I am an atheist because I’ve found no faith in any deity from Thor to Zeus. I am so grateful for the work the people in this room have done to advance the separation of state and church, to educate communities, to build a culture that made it possible for me, as a state legislator from Arizona, to talk honestly about what I do and don’t believe in."