There are 3 entries for this date: Harrison Ford , Sidney Webb and Jack Ziegler 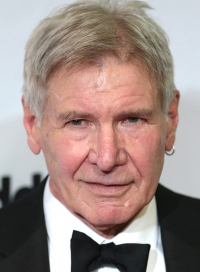 On this date in 1942, Harrison Ford was born in Chicago. His father was Irish-American and his mother's ancestry was Russian and Jewish. Ford dropped out of Ripon College, Wisconsin, to act. He had found acting jobs by the late 1960s but his career was slow to take off so he worked as a carpenter in Hollywood. His big break came as the swashbuckling Han Solo in "Star Wars" (1977), which would be followed by many other heroic leading roles.

Ford's fourth "Indiana Jones" movie was released in 2008. His former wife, Melissa Mathison, wrote the screenplay for the movie, "E.T." Ford has called "The Mosquito Coast," in which he plays an unraveling back-to-nature character, one of his favorite roles. Appearing with him in that movie was atheist actress Butterfly McQueen.

Ford received critical acclaim and was nominated for a Best Supporting Actor Satellite Award for his 2013 portrayal in "42" of L.A. Dodgers general manager Branch Rickey, who broke baseball's color barrier by signing Jackie Robinson. He won the Best Actor Saturn Award in 2016 for "Star Wars: The Force Awakens." His recent credits include "Blade Runner 2049" (2017) and an adaptation of "The Call of the Wild" (2020).

Ford has been named a Living Legend of Aviation and a Hero of Aviation. He was granted the Freedom of Flight Award in 2009 and the Wright Brothers Memorial Trophy in 2010. He has applied his proficiency as a licensed pilot of both fixed-wing aircraft and helicopters to charitable endeavors that include piloting emergency copter flights near his home. He is an honorary board member of Wings of Hope, which organizes aviators to promote improved health, education, economic opportunity and food security to communities in need.

Ford is a productive and generous philanthropist. He is vice chair of Conservation International, an environmental protection organization. He donated about 400 acres of his ranch for use as a nature preserve. He is a major donor to The Bob Hoover Academy, which educates at-risk California teens and teaches them to be pilots.

Ford has been married three times and has four children with Mary Marquardt and Melissa Mathison. He and Calista Flockhart are parents to her adopted son, Liam.

“My parents did not practice any organized religion, although my father was raised Roman Catholic and my mother was Jewish. But there was always an ethical context to our lives, a very strong notion of individual moral responsibility.” 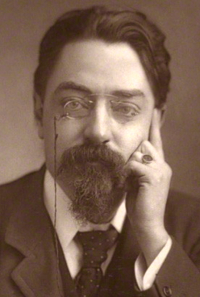 On this date in 1859, Sidney Webb was born in London. His father, an accountant, was an avowed socialist. Webb taught himself to read at an early age and as a teen became a clerk in the city of London. In 1886 he earned a law degree from London University and became a freelance journalist on the side. Webb befriended the famous playwright, socialist and fellow freethinker George Bernard Shaw and together they became the heart of the Fabian Society.

Originally the society's goals aimed at spiritual discovery, but Webb and others reoriented the agenda to political instead of religious values. It developed into an influential intellectual movement.

Webb married a freethinker from high society and, as many friends described, his intellectual soulmate, Beatrice Potter, in 1892. In the same year, Webb won election to Parliament as a Progressive candidate. Webb and Potter together published numerous writings on social reform, including their first book The History of Trade Unionism (1894), edited by Shaw. Webb and Potter were among the first to devise a national health care plan, the origins of Britain's National Health Service.

Together they founded, along with Shaw, Graham Wallas and others, the London School of Economics, the first social science research school of its kind. "The aim of the School was the betterment of society. By studying poverty issues and analysing inequalities, the Webbs sought to improve society in general" (London School of Economics website.) After their marriage, they devoted the rest of their lives to social reform and education. D. 1947.

“[False] generalizations [about socialism] are accordingly now to be met with only in leading articles, sermons, or the speeches of Ministers or Bishops." 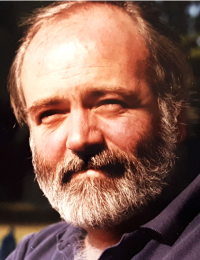 On this date in 1942, satirist and cartoonist Jack Ziegler was born in Brooklyn, N.Y. He grew up in Forest Hills, Queens, in a Catholic household. His mother was a homemaker and his father sold pigment for a paint company. Ziegler developed an interest in cartoons at a young age, buying used comics on outings to Times Square. After graduating from Fordham University with a degree in communication arts, Ziegler joined the Army Reserve in Monterey, Calif.

While working at CBS network transmission facility, he started selling cartoons to various publications. The first cartoon he sold to The New Yorker was an illustration of Edgar Allan Poe contemplating which animal should say “Nevermore” — a turtle, moose or pig. His cartoons began appearing regularly in The New Yorker in 1974 and he was widely credited with bringing new life to the magazine.

Former cartoon editor Bob Mankoff described his drawings as “the platonic ideal of what a cartoon should look like.” During his lifetime he produced over 24,000 cartoons and sold over 3,000.

Ziegler also published several anthologies of drawings, including Hamburger Madness, How’s the Squid?: A Book of Food Cartoons; Olive or Twist?: A Book of Drinking Cartoons; and You Had Me at Bow Wow: A Book of Dog Cartoons. Most of his published work and personal papers are housed at the Billy Ireland Cartoon Library and Museum at Ohio State University.

He married his first wife, Jean Ann, in 1969 and they had three children: Jessica, Benjaim and Maxwell. After divorcing, he married Kelli Gunter in 1996. He died at age 74 while living in Lawrence, Kansas. (D. 2017)

“Agnostic, I suppose, but it’s not something I ever think about. Raised Catholic, but stopped at age thirteen, when I realized what a load it was. Don’t like any religions at this point — think they’re all nuts to one degree or another. And they cause way too much trouble in the world — as they always have.

—Ziegler, quoted in “The cosmology of cartoonists” by Bob Mankoff, The New Yorker (May 1, 2013)