There are 2 entries for this date: Percy Bysshe Shelley and Helen Thomas 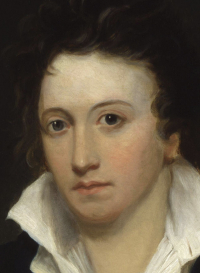 On this date in 1792, Percy Bysshe Shelley, one of atheism's most passionate advocates, was born in Field Place, Sussex, England. As an 18-year-old, Shelley was expelled from Oxford University for writing The Necessity of Atheism (1811), a pamphlet which opens: "There is no God." Shelley vigorously protested the imprisonment of an elderly publisher for distributing Thomas Paine's Age of Reason in another pamphlet, "A Letter to Lord Ellenborough." Shelley's Declaration of Rights further championed freedom of thought and press.

In A Refutation of Deism (1814), Shelley averred, "It is among men of genius and science that atheism alone is found." Freethought permeated his other writings, including Hymn to Intellectual Beauty (1816), The Revolt of Islam (1817), Peter Bell the Third (1819) and Ode to Liberty (1820). When he eloped with 16-year-old Harriet Westbrook, the daughter of a barkeeper, his father disinherited him. The pair briefly went on a political speaking tour in Ireland. They had two children but the marriage was unsuccessful despite Shelley's increasing recognition as a poet.

New scandal followed when he ran off with 16-year-old Mary Wollstonecraft Godwin, the daughter of atheist writer William Godwin and Mary Wollstonecraft. The young couple fled to the continent, traveling for a time with Lord Byron. During a writing race between the trio, Mary produced her famous classic Frankenstein. When Shelley's first wife committed suicide, he was denied custody of their two sons because of his infidel views. Mary Godwin and Percy wed in 1816, and had a son William. The young couple moved to Italy, where Shelley penned Prometheus Unbound, a lyrical drama. Shelley, at Byron's invitation, sailed to Pisa to consult over a new magazine. Shelley drowned tragically at 29, along with two others, on the return trip when their yacht capsized in a storm. D. 1822.

“If ignorance of nature gave birth to gods, knowledge of nature is made for their destruction.” 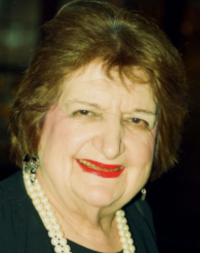 On this date in 1921, journalist Helen Amelia Thomas was born in Winchester, Ky., the seventh of nine children of Lebanese immigrants from Tripoli. She grew up in Detroit and graduated from Wayne State University in 1942 with a B.A. in English, then joined United Press International as a radio and news writer covering government. She was assigned to the White House in 1961, becoming the first woman White House correspondent.

In 2000 she resigned from a 57-year career at UPI after it was purchased by the Unification Church and then worked until 2010 as a columnist for Hearst Newspapers. Thomas was "tenacious and unrelenting in her condemnation of faith-based funding schemes, of our 180-degree changes in foreign policy to endorse preemptive strikes, of the war and of the secrecy and unanswered questions behind the war," FFRF Co-President Annie Laurie Gaylor said in conferring Thomas' "Friend of Freedom" award at the 2003 national convention.

At the very first press conference President George W. Bush held, in February 2002, Thomas asked him about his new "faith-based initiative" to grant public dollars to religious charities:
Thomas: Mr. President, why do you refuse to respect the wall between the church and the state? And you know that the mixing of religion and government for centuries has led to slaughter. I mean, the very fact that our country has stood in good stead by having the separation — why do you break it down?
Bush: Helen, I strongly respect the separation of church and state —
Thomas: Well, you wouldn't have a religious office in the White House if you did. ... You are a secular official. And not a missionary.

At age 51 in 1971 she married Douglas Cornell, an Associated Press reporter who had just retired. Four years later he was diagnosed with Alzheimer's and she cared for him until his death in 1982. Remarks seen as anti-Semitic that she made in 2010 about Israel's territorial ambitions and treatment of Palestinians sullied her reputation and led to her resignation from Hearst and an apology. She died in 2013 at age 92. She was a member of an Antiochian Orthodox Christian congregation.  (D. 2013)

—Thomas, speech to the American Humanist Association (May 3, 2003)