There are 4 entries for this date: Billy Connolly , Amol Palekar , Scott Joplin and Benedict Spinoza 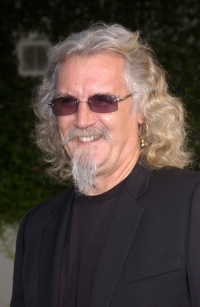 On this date in 1942, Billy Connolly was born in Glasgow, Scotland. His early years were difficult; his mother abandoned him and his sister Florence when Connolly was 4 and their father was away with the army. In the 2001 biography Billy, written by Connolly’s second wife, Pamela Stephenson, Connolly described being sexually abused by his father between the ages of 10 and 15. Connolly was raised Catholic and blames the Catholic Church’s prohibition of divorce, at least in part, for his sexual abuse. After high school graduation he worked as a welder in a shipyard.

In the mid-1960s he started performing as a folk singer in the duo “The Humblebums.” After the breakup of the duo, Connolly began to perform solo and transitioned from a singer who told long comedic stories to a comedian who sometimes sang funny songs. Connolly’s comedy became very popular throughout Britain in the mid-1970s. In 1969 he had married Iris Pressagh and they had two children. Connolly’s involvement with show business and his problems with drugs and alcohol ended the marriage in 1985. He married Stephenson in 1989 after they had three daughters together.

In 1990, after featuring in an HBO standup special with Whoopi Goldberg, his popularity in America grew. He was cast in the sitcom “Head of the Class” in the 1990-91 season and moved with his family to Los Angeles. Connolly has since been featured as a character actor in many television and movie productions, as well as continuing his career as a comedian. Much of his comedy is idiosyncratic and irreverent. He uses profanity freely and jokes about many of the more difficult, abusive experiences of his childhood. He also takes many potshots at religion, especially Catholicism.

"I don’t like religion. I think religion is a con."

—Connolly to The SunBreak online magazine in Seattle (March 18, 2010) 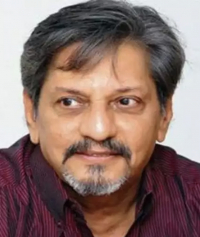 On this date in 1944, Amol Palekar, one of the most beloved leading men in Indian cinema, was born in Mumbai. An acclaimed actor, director and painter, Palekar carved a niche for himself as an "everyman" grappling with life and love on the big screen.

Palekar graduated from the Sir J.J. School of Arts, Mumbai, and initially chose painting as a profession. He soon transitioned to Marathi and Hindi-language theater and then to movies. It was in 1970s cinema that he made his mark. He presented an alternative to the typical Bollywood heroes of the time and left such an impact with his endearing presence that Indian film lovers remember him fondly to this day.

In a range of comedies and dramas, Palekar offered viewers a reflection of their own lives. He also performed in a number of regional language movies. Palekar decided to largely quit acting in the mid-1980s and went on to direct many critically acclaimed films and TV serials in Marathi and Hindi that often spotlighted gender issues.

His performances and the movies he’s made have won several honors over the years. Palekar has described himself as both atheist and agnostic. He was good friends with Narendra Dabholkar, the assassinated founder of the Maharashtra Andhashraddha Nirmoolan Samiti (a group that FFRF honored in 2019 with the Avijit Roy Courage Award), and with fellow freethinking actor Shriram Lagoo.

He co-signed a petition in 2019 with hundreds of other prominent artistes appealing to Indians to “help safeguard the Constitution and our syncretic, secular ethos” by voting the Hindu Nationalist government of Narendra Modi out of power.

“I am an atheist also. But I think to begin with, I am an agnostic.” 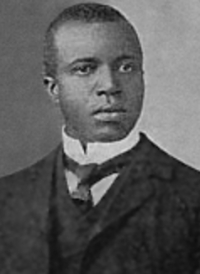 On this date in 1868, composer Scott Joplin, the "King of Ragtime," was born in Texas. His early musical career took place in centers of entertainment, not in church. He played piano in a brothel and in a club (the famous Maple Leaf) that was shut down due to pressure from local churches, whose pastors were ashamed of the "iniquitous practices" (dancing and cards) taking place there. Ragtime was America's first uniquely national style of music. Joplin's 1899 "Maple Leaf Rag" became a huge hit, followed by dozens more, including "The Entertainer," showcased in the 1974 film "The Sting," which won the Best Picture Oscar.

In the opera Treemonisha, dealing with the fact that the African-American community was still living in ignorance, superstition, and misery, Joplin tells his audience that the way out of this condition is through education. He does not propose religion as the solution: "Ignorance is criminal." Treemonisha, a woman who promotes education, is a leader who is more persuasive than the useless pastor in town. To the conjurer Zodzetrick, she says, "You have lived without working for many years, All by your tricks of conjury. You have caused superstition and many sad tears. You should stop, you are doing great injury."

Revealing a freethought attitude, Joplin named the pastor "Parson Alltalk" — all he does is talk and exhort the people to be good; he is totally ineffectual, unable to see people's real needs and, being uneducated, unable to provide leadership. The opera contains no gospel music, no hymns or religious melodies that would have been expected of such a community.

Joplin married Belle Hayden in 1899. Their baby daughter died in infancy and they soon divorced. He married Freddie Alexander in 1904 but she died 10 weeks later of complications from a cold. In 1909 after moving to New York, he married Lottie Stokes. He died on April 1, 1917, of syphilitic dementia at age 48 and was buried in an unmarked pauper's grave in Queens. It was finally given a marker in 1974. He was awarded a special Pulitzer Prize in 1976 for his contributions to music. (D. 1917)

"There is no harm in musical sounds. It matters not whether it is fast ragtime or a slow melody like 'The Rosary.' " 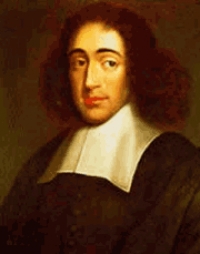 On this date in 1632, excommunicated rabbi and philosopher Baruch Benedict Spinoza was born in Amsterdam, Holland, the son of Portuguese immigrants named d'Espinosa who traveled to escape the Inquisition. Bertrand Russell called him "the noblest and most lovable of the great philosophers. ... As a natural consequence, he was considered, during his lifetime and for a century after his death, a man of appalling wickedness." (A History of Western Philosophy.)

Trained as a rabbi, Spinoza read Descartes and Bruno, studied Latin with a skeptic and by 24 had rejected orthodoxy. Attempts were made to bribe him to keep quiet about his doubts, followed by an assassination attempt. He changed his name from Baruch to Benedict, left Judaism and Amsterdam and resettled in The Hague in 1667. He supported himself at a poverty level by teaching and by grinding optical lenses, which worsened his health.

Meanwhile he wrote philosophical works while enduring opprobrium as an "atheist" from Christians and Jews alike, who spread scandals about him. Spinoza refused offers of help and a professorship at Heidelberg: "I do not know how to teach philosophy without becoming a disturber of established religion." (c. 1670, Great Thoughts, edited by George Seldes.)

Spinoza was at most a pantheist, whose deism rejected immortality and free will. Tractatus Theologico-Politicus was termed by Russell to be "a curious combination of biblical criticism and political theory," which "partially anticipates modern views." Spinoza cautioned that the bible should be scrutinized like any other literature. He did not believe that the Pentateuch was written by Moses, that biblical miracles occurred or that Jesus was divine.

In Tractatus, Spinoza mused, "Philosophy has no end in view save truth; faith looks for nothing but obedience and piety." Tractatuc Politicus, a political work, was Hobbesian, concurring with Hobbes that the church should be subordinate to the state. Ethics was Spinoza's chief work, and it was published posthumously. Spinoza wrote, "Man is a social animal." Sin, he reasoned, "cannot be conceived in a natural state, but only in a civil state, where it is decreed by common consent what is good or bad."

He also mused, "How blest would our age be if it could witness a religion freed from all the trammels of superstition!" Spinoza, who never married, died of tuberculosis at age 44. (D. 1677)

“True virtue is life under the direction of reason.”