There are 3 entries for this date: Arthur Hailey , Thomas Hobbes and Algernon Charles Swinburne 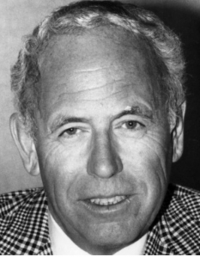 On this date in 1920, writer Arthur Hailey was born in Bedfordshire, England. In 1939 he joined the Royal Air Force as a pilot and served until 1947, when he emigrated to Canada. His career as a writer began in 1955 when he imagined what would happen if the pilot and co-pilot both became ill and if he, as a former fighter pilot, would be able to fly the plane. His teleplay, "Flight Into Danger," produced by the Canadian Broadcasting Corporation, later morphed into the successful novel, Airport (1968), which was spoofed in the 1980 Leslie Nielsen movie "Airplane!"

After working as a television writer, Hailey began to write novels, some based on his TV scripts. His books were aimed at a popular audience and many were best-sellers. Hailey is often considered to be one of the pioneers of the “disaster fiction” genre and, by extension, the “disaster movie.” Many of the novels are set in institutions the public must interact with — like airports and hotels — but are unaware of their inner workings.

Hailey's last novel, Detective (1998), is a mystery told from the perspective of a Miami homicide detective. This detective also happens to be a former Catholic priest who has lost his religion; the work deals with themes of religion and questions the Catholic Church. Hailey said his aim in writing the book was to share his own thoughts about religion without making it "a lecture.”

“"But quite suddenly, as I was reciting the Creed in a church in Cyprus, where we were stationed, I found myself saying 'I don't believe this any more.' I lost my faith and became an agnostic." 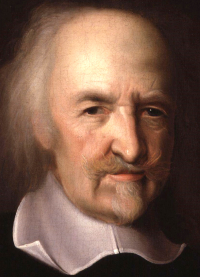 On this date in 1588, Thomas Hobbes was born prematurely on "Good Friday" in England, his birth precipitated by his mother's fear of the invasion of the Spanish Armada. Thomas was the precocious son of a ne'er-do-well parson. As a tutor, Hobbes made the "Grand Tour" of Europe three times, once meeting Galileo. Contemporary John Aubrey described Hobbes as "contemplative," and charitable, always carrying a pen and ink horn in his cane, with a notebook handy so he could jot down ideas during daily constitutionals. Aubrey noted that Hobbes once wrote a poem in Latin hexameter and pentameter "on the encroachments of the clergy on the civil power," which contained over 500 verses.

Hobbes' De Cive was published in 1642 and Leviathan in 1651, in which Hobbes proposed the idea that a "social contract" was necessary for civil peace. Its analysis of religion brought charges of atheism, then punishable by death. When things got too hot in England after Leviathan, Hobbes repaired to Paris. After the Great Plague in 1665 was followed by the Great Fire the next year, religionists sought a scapegoat. Parliament once more targeted Leviathan for being heresy. Hobbes hastily burned many of his papers.

His writing helped give birth to the Enlightenment, by analyzing and questioning religious assumptions, and proposing that religion was created by humans. Hobbes attributed "opinion of ghosts, ignorance of second causes, devotion towards what men fear, and taking of things casual for prognostics, consisteth the natural seed of religion; which, by reason of the different fancies, judgements, and passions of several men, hath grown up into ceremonies so different that those which are used by one man are for the most part ridiculous to the other."

Whether deist or covert atheist, Hobbes was anti-clerical, anti-Puritan and anti-Catholic and managed to live out his full 91 years in perilous times due to influential friends. D. 1679.

“Seeing there are no signs nor fruit of religion but in man only, there is no cause to doubt but that the seed of religion is also only in man.”

“Fear of power invisible, feigned by the mind or imagined from tales publicly allowed, RELIGION; not allowed, SUPERSTITION.” 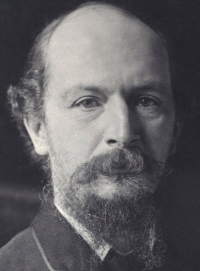 On this date in 1837, poet Algernon Charles Swinburne was born in London into an Anglican High Church family. Very pious as a boy, he later used his familiarity with religion and the bible to pillory Christianity in countless poems, most famously in "Before a Crucifix" (1871), in which he has neither "tongue nor knee / For prayer." In the poem he addresses a shrine as if it were Christ and questions if his coming has produced only a suffering race of men praying to a suffering image of man.

At Oxford he befriended the Pre-Raphaelite set. His poem "Atalanta in Calydon" (1865), which spoke of "the supreme evil, God," helped launched his highly successful career. That was followed by "Poems and Ballads" (1866), the eroticism of which scandalized Victorian England but added to his poetic panache. He closely followed politics and was invited to represent English poetry in France at a commemoration of Voltaire's death in 1878.

Considered "excitable" as a youth and enjoying a reputation as a decadent, Swinburne was rescued from ill health, apparently caused by alcoholism, by legal adviser Theodore Watts. He lived his last 30 years at Watts' home in great comfort. (D. 1909)

"Jowett, the great translator of Plato and a famous Broad Church liberal in religion, reputedly prevented Swinburne's expulsion for atheism from Oxford with the statement that he did not want 'Oxford to sin twice against poetry' (the expulsion of Shelley being the first)."