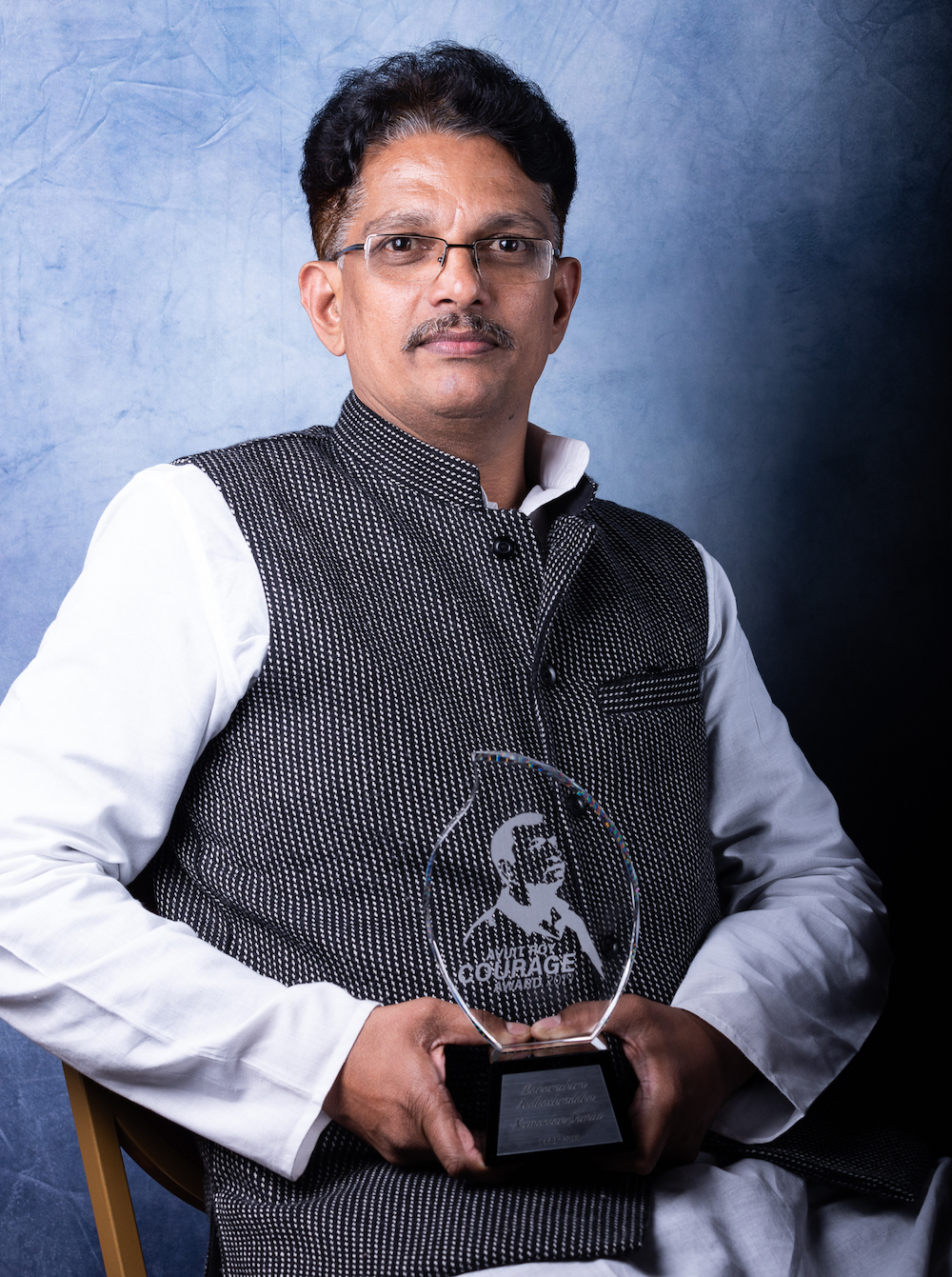 Avinash Patil was awarded the Avijit Roy Courage Award, which included a crystal plaque and $5,000, on behalf of the Maharashtra Andhashraddha Nirmoolan Samiti (MANS), an organization dedicated to fighting superstition in India. It was founded in 1989 by Narendra Dabholkar, who was assassinated by Hindu extremists in 2013. Patil has been the executive president of MANS since 2010. Photo by Ingrid Laas.