There are 3 entries for this date: José Saramago , George Seldes and Shriram Lagoo 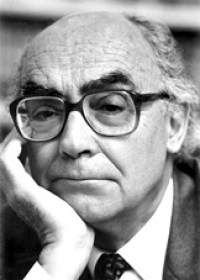 On this date in 1922, José Saramago was born in Azinhaga, Santarém, Portugal. He dropped out of school when he was 12 to become a mechanic and later worked as a journalist and production manager of the publishing company Estúdios Cor (1958-71). After being fired from his position as editor of the newspaper Diário de Lisboa (1971–75), Saramago devoted his time to writing fiction.

He became an innovative and prolific novelist, essayist and poet whose works often contained political and philosophical themes. His novels include The Year of the Death of Ricardo Reis (1984), The Stone Raft (1986), All the Names (1997) and Blindness (1995), which was adapted into a film in 2008. Saramago became the first Portuguese-language writer to win a Nobel Prize when he was awarded the prize for literature in 1998. He married Ilda Reis in 1944. They divorced in 1970 and had one daughter, Violante. Saramago later married journalist Pilar del Río.

According to a New York Times Topics post (June 18, 2010), Saramago was “an outspoken atheist, one who maintained that religion is to blame for much of the world’s violence.” In an interview with Inter Press Service on Oct. 21, 2009, Saramago said, “God only exists in our minds.” He wrote the irreverent Cain (2009) and The Gospel According to Jesus Christ (1991), which describes Christ as an average young man with vices, in contrast to his pious depiction in the bible. In 1992, The Gospel According to Jesus Christ was deemed heretical by the Portuguese government and Saramago chose to go into exile in the Canary Islands. D. 2010.

“All religions, without exception, have done humanity more bad than good.” 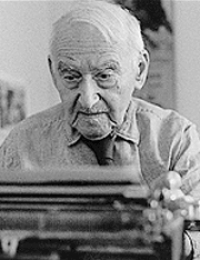 On this date in 1890, crusading journalist Henry George Seldes was born in Alliance, New Jersey, to a freethinking, deistic Russian immigrant father and a Russian immigrant mother who died when George was 6. Emma Goldman and other radicals often stayed in the Seldes spare bedroom in Pittsburgh. Seldes as a cub reporter for the Pittsburgh Leader in 1909 earned $3.50 a week. He became night editor of the Pittsburgh Post five years later and was hired by United Press to report in London in 1916.

Seldes became an accredited war correspondent for the Edward Marshall Syndicate in 1917 in Paris and managing editor of the Army edition of the Chicago Tribune in 1918. He spent a decade reporting in Europe and interviewed Trotsky and Lenin before being expelled from Russia. He was also expelled from Italy for writing about Mussolini. In the 1930s he went to Spain to report on the fascist Gen. Francisco Franco.

Seldes married Helen Larkin Weisman in 1932. They bought a home in Woodstock, Vermont, thanks to a $5,000 loan from neighbor Sinclair Lewis (another journalist neighbor was Dorothy Thompson). Seldes published the newsletter In Fact, devoted to press criticism, from 1940-50. At its peak, circulation was 176,000. Seldes was the first to report the link between cancer and cigarette smoking. He wrote 21 books, including You Can't Print That! (1929), Can These Things Be! (1931), The Vatican: Yesterday, Today, Tomorrow (1934), Iron, Blood, and Profits: An Exposure of the World-wide Munitions Racket (1934), Sawdust Caesar (about Mussolini, 1935), Freedom of the Press (1935), Lord of the Press (1938), The Catholic Crisis (examining church ties to fascism, 1940) and Witch Hunt (1940), about red-baiting.

At least 20 publishers rejected his anthology The Great Quotations before it saw print. It sold over a million copies in 1961. Witness to a Century (1987), his final book, at age 96, detailed his 80 years in journalism. (The accompanying photo shows him typing at age 98.) Until his death at 104 in 1995, he was the oldest member of the Freedom From Religion Foundation. The 1996 documentary film "Tell the Truth and Run" featured interviews with Seldes and was nominated for an Academy Award.

*Note: "The Three SOBs" mentioned in the quote source below were Italian fascist poet Gabriele D'Annunzio, actor Errol Flynn for a 1937 hoax he staged in war-torn Spain to promote his movie, and ("Reader's Choice") either of three reactionary journalists who defended Sen. Joe McCarthy: Fulton Lewis Jr., Westbrook Pegler or George Sokolsky.

“And so [my brother] Gilbert and I, brought up without a formal religion, remained throughout our lifetimes just what Father was, freethinkers. And, likewise, doubters and dissenters and perhaps Utopians. Father's rule had been 'Question everything, take nothing for granted,' and I never outlived it, and I would suggest it be made the motto of a world journalists' association.”

—Seldes, "Witness to a Century: Encounters with the Noted, the Notorious, and the Three SOBs" (1987) 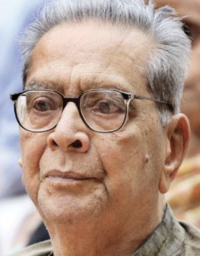 On this date in 1927, Dr. Shriram Lagoo, acting luminary and rationalist, was born in Satara district, India. He was one of the giants of modern Indian theater and appeared in over 250 movies, including “Gandhi.”

Lagoo was a medical doctor by training (an ENT specialist) and practiced for a number of years in India and Tanzania before the lure of acting proved to be irresistible. After proving his mettle in Marathi-language theater, he transitioned to cinema, regaling filmgoers for decades with character roles in mainstream and offbeat films (including Gandhi’s mentor Gopal Krishna Gokhale in the Oscar-winning biopic).

He received several awards for his contribution to cinema and stage, such as the Padma Shri, a top Indian government honor, and the Filmfare Award for Best Supporting Actor for his role in the film “Gharaonda” (The Nest). His 2011 autobiography was humbly titled Lamaan (Carrier of Goods).

Lagoo was an outspoken rationalist and was closely associated with the Maharashtra Andhashraddha Nirmoolan Samiti (a group that FFRF honored in 2019 with the Avijit Roy Courage Award). Fellow acting legend and freethinker Amol Palekar said of his friend, “He was an avowed atheist and despite enduring unending criticism, he had the guts to declare ‘Let God be retired’ on a public platform. … He suffered censure, but he stood firmly by his principles and views.”

Lagoo’s wife, Deepa Lagoo, is also a renowned actress. They had two sons and a daughter. On the untimely death of his son Tanveer, Lagoo instituted in his honor the Tanveer Samman, annually given to an outstanding theater personality. Lagoo was accorded a state funeral when he died at age 92. D. 2019.

“I do not believe in God and I feel it is now time to retire God. Concept of God is a very beautiful product of poet’s imagination and was essential during the initial stages of civilization but the time has come when one should face the world with a completely rational attitude.”