There are 2 entries for this date: Eva Ingersoll and Parker Pillsbury 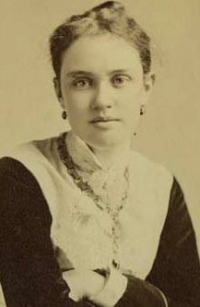 On this date in 1864, Eva Ingersoll (later Ingersoll-Brown) was the first of two daughters born to freethought great Robert G. Ingersoll and Eva Wakefield Ingersoll. Both Eva and her sister Maud shared the same middle name: Robert. The girls were gently tutored, and when the family moved to Washington, D.C., from Illinois, they received lessons in music, art, German, French and Italian, piano and singing. Ingersoll was a pleasing soprano and, like her father, enjoyed public performance and toyed with a concert career.

As a young woman she was described in a sexist manner by the St. Louis Globe-Democrat as "a most decided beauty, being of that fresh, dewy-eyed and virginal type that the English painters depict." (March 31, 1881.) In 1889 she married Walston Hill Brown, a well-to-do builder of railroads and an agnostic like her. His wedding gift: a spacious estate known as Castle Walston on the Hudson River at Dobbs Ferry, New York. It was a measure of the family devotion that before the marriage, all parties arranged that the newlyweds would live with the Ingersolls six months and the Ingersolls would live with the Browns for six months.

Ingersoll, a feminist and suffragist, became a prominent humanitarian in New York, working with the Advisory Board of the New York Peace Society, the Women's Trade Union League, the National Child Labor Committee and its New York chapter, the New York Society for the Prevention of Cruelty to Animals, and the Society for the Advancement of the Colored People. She was president of the Child Welfare League. D. 1928.

In 1911 Eva Ingersoll described the future woman who "will belong to no church, … will be fettered by no senseless formula or puerile dogma." 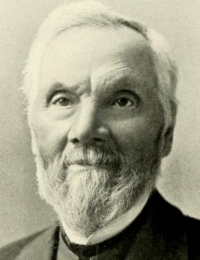 On this date in 1809, Parker Pillsbury, the freethinker, abolitionist and reformer, was born in Massachusetts. He became a licensed minister in the Congregationalist Church in 1839 after studying at Gilmanton and Andover theological seminaries. After preaching briefly, Pillsbury left the ministry over Congregationalist and other Christian complicity with slavery. He edited The Herald of Freedom (Concord, N.H.) in the 1840s and The National Antislavery Standard in New York City in 1866.

From 1843 until 1863, Pillsbury worked as an abolitionist agent and lecturer, rubbing shoulders with most of the notable reformers of his day. Pillsbury became sympathetic to the cause of women, who had to fight to be permitted to work on equal footing with male abolitionists. After the Civil War he collaborated with Elizabeth Cady Stanton as co-editor of the newspaper The Revolution, published by Susan B. Anthony. His writings include Acts of the Anti-Slavery Apostles (1883) and the critical Church As It Is: The Forlorn Hope of Slavery (1847).

Feminist Pauline Wright Davis lauded Pillsbury for his "good deeds and unselfish work. ... His pen, wherever found, has always been sharpened against wrong and injustice." (History, 1870.) He lectured widely on the "Free Religion" circuit in Ohio and Michigan and was vice president of the New Hampshire Woman Suffrage Association. He died at age 89 in 1899.

“The Methodist Discipline provides for 'separate Colored Conferences.' The Episcopal church shuts out some of its own most worthy ministers from clerical recognition, on account of their color. Nearly all denominations of religionists have either a written or unwritten law to the same effect. In Boston, even, there are Evangelical churches whose pews are positively forbidden by corporate mandate from being sold to any but 'respectable white persons.' Our incorporated cemeteries are often, if not always, deeded in the same manner. Even our humblest village grave yards generally have either a 'negro corner,' or refuse colored corpses altogether; and did our power extend to heaven or hell, we should have complexional salvation and colored damnation.”