There are 3 entries for this date: Steve Wozniak , Lyle Stuart and Robert G. Ingersoll 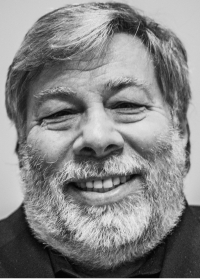 On this date in 1950, Stephen Gary Wozniak was born in San Jose, Calif. He holds degrees in electrical engineering and computer science from the University of California at Berkeley. Wozniak, aka "the wonderful wizard of Woz," along with inventor Steve Jobs founded Apple Computer Inc. in 1976. He helped to create the original Apple computers, Apple I and Apple II, which were some of the first personal computers invented.

He left Apple employment in 1985 to found a company called CL 9, which brought the first programmable universal remote to market in 1987. He then pursued several other business and philanthropic ventures, focusing largely on technology in K–12 schools. After leaving Apple, he continued to have a relationship with the company and to represent it on certain occasions.

In 1985 he was given the prestigious National Medal of Technology by President Ronald Reagan. He received the 2001 Heinz Award for Technology, among numerous accomplishments. Wozniak is the founder of the Electronic Frontier Foundation, a nonprofit digital rights organization, and is a New York Times best-selling author for his autobiography, iWoz: From Computer Geek to Cult Icon (2006). He has three children from his marriage to Candice Clark, the second of his four wives.

Besides being a freethinker himself, Wozniak said on his website that he “believes in encouraging free thinking and creativity for youngsters” (2009). He was awarded the 2011 Isaac Asimov Science Award from the American Humanist Association.

"I am also atheist or agnostic (I don't even know the difference). I've never been to church and prefer to think for myself.” 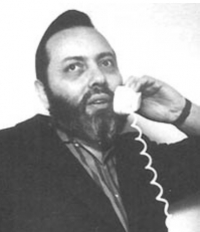 On this date in 1922, book publisher Lyle Stuart (né Lionel Simon) was born in New York City. When Stuart was 6, his father, a salesman, committed suicide. After dropping out of high school, he joined the Merchant Marine and changed his name in response to the anti-Semitism he encountered. Forging a career in journalism in the 1940s and '50s, Stuart gained moderate notoriety after a bitter dispute with columnist Walter Winchell, a fight that escalated to a libel suit that was decided in Stuart’s favor. With the money he won he started Lyle Stuart Inc., which later became Barricade Books.

As a publisher in Fort Lee, New Jersey, Stuart became a millionaire by selling titles like Naked Came the Stranger (1969), The Sensuous Woman (1969), The Anarchist Cookbook (1970) and Jackie Oh! (1978). A 1997 libel suit forced Barricade Books into bankruptcy but the decision was later reversed.

Throughout his life he maintained his muckraking, anti-establishment roots. He published L. Ron Hubbard: Messiah or Madman? in 1987, a biography of the founder of Scientology. As reported by an open letter he wrote to The New York Times, Stuart used all of the profits to “help fight this cult and the other cult exploiters of the innocent, the naive and the idealistic.” His decision in 1997 to republish the racist novel The Turner Diaries was very controversial. In the introduction, he wrote that he strongly opposed the book's views but saw it as a First Amendment issue.

Stuart married at age 22 to Mary Louise Stuart, who died of cancer in 1969. In 1982 he married his secretary Carole Livingston Stuart, with whom he lived until his death at age 83 in 2006.

“Do I believe in any god or gods or supernatural destiny? No. I’m an atheist from way back. If you believe there is some god or gods watching over you, more power to you and your imagination. From Thomas Edison to Albert Einstein, the most knowledgeable scientists of our time — and those who best understood how the universe works ­— discarded the idea of a personal deity.” 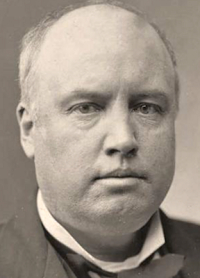 On this date in 1833, "The Great Agnostic" Robert Green Ingersoll, who became the best known U.S. advocate of freethought in the 19th century, was born in Dresden, N.Y. The son of an impoverished itinerant pastor, he later recalled his formative church experiences, "The minister asked us if we knew that we all deserved to go to hell, and we all answered 'yes.' Then we were asked if we would be willing to go to hell if it was God's will, and every little liar shouted 'Yes!' "

He became an attorney by apprenticeship and a colonel in the Civil War, fighting in the Battle of Shiloh. In 1867, he was appointed Illinois' first attorney general. His political career was cut short by his refusal to halt his controversial lectures, but he achieved national political fame for his thrilling nomination speech for James G. Blaine for president at the  GOP national convention in 1876.

Ingersoll was good friends with three U.S. presidents and was admired by leading progressives for sentiments like this: "Who can overestimate the progress of the world if all the money wasted in superstition could be used to enlighten, elevate and civilize mankind?" (Some Mistakes of Moses, 1879.)

Ingersoll traveled the continent for 30 years, speaking to capacity audiences, once attracting 50,000 people to a lecture in Chicago. His repertoire included three- to four-hour lectures, with the largest crowds turned out to hear him denounce the bible and religion. Ingersoll's speaking fees ranged as high as $7,000 in an era of low wages and no income tax. In 1862 he married Eva Amelia Parker, a rationalist whom he deemed a "Woman Without Superstition" in dedicating his first freethought book to her. They raised two freethinking daughters, Eva Ingersoll-Brown and Maud Ingersoll.

The 12-volume Dresden Edition of his lectures, poetry and interviews was collected after his death and has been reprinted many times. He has been credited for reviving Thomas Paine's reputation in American intellectual history, which had decreased after publication of The Age of Reason in 1794-95. Ingersoll died at age 65 from congestive heart failure in Dobbs Ferry, N.Y. His ashes are interred in Arlington National Cemetery. (D. 1899)

“All religions are inconsistent with mental freedom. Shakespeare is my bible, Burns my hymn-book.”

“I do not borrow ideas. I have a factory of my own.”

“I do not believe in putting out the sun to keep weeds from growing.”

“With soap, baptism is a good thing.”