There are 3 entries for this date: Auguste Rodin , Norm Allen and Elizabeth Cady Stanton 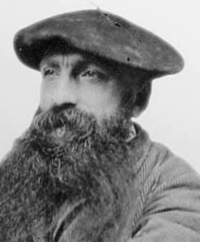 On this date in 1840, sculptor François Auguste René Rodin was born in Paris to working-class parents. From ages 14 to 17 he attended the Petite École, a school specializing in art and mathematics. After being rejected three times by the École des Beaux Arts, he carved decorative stonework for income. In 1862, grief-stricken by the peritonitis death of his sister Marie, he entered the Catholic Congregation of the Blessed Sacrament but soon realized religion was not for him.

As a struggling artist, he met Rose Beuret, a seamstress who became his life companion and model. In 1875 Rodin traveled to Italy and was influenced by Michelangelo, to whom he was compared as his fame grew. Rodin created "The Age of Bronze," which was exhibited in the Paris Salon in 1877. It was so realistic that critics accused him of casting the sculpture from a live model. The sculpture and the controversy around it catapulted him to fame. In 1883 at age 43, he started a passionate but stormy relationship with 18-year-old Camille Claudel. They influenced each other artistically, while Rodin maintained his ties with Beuret, with whom he had a son.

His most famous sculptures include "The Thinker," "The Kiss" and his statue of Honoré de Balzac. The Biron Hotel in Paris, which he had saved and worked in, has become the lovely Musée Rodin, where his sculpture is on display as he left it.

Rodin married Beuret in January 1917, 53 years into their relationship. She died two weeks later. Rodin died nine months later at age 77. He had a secular funeral.

"The symbolism and philosophy of the artist are independent of any religious doctrine." 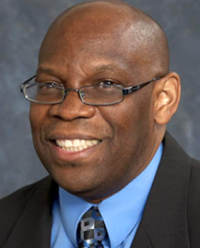 On this date in 1957, Norman Robert Allen Jr. was born in Pittsburgh to Fayevern (Robinson) and Norman Allen Sr., respectively a postal employee and a legal aide, and was the oldest of three sons. According to Allen, his mother encouraged him to keep an open but skeptical mind about religion. His father was a member of the Organization of Afro-American Unity headed by Malcolm X.

Allen attended the University of Pittsburgh before serving in the Air Force for four years, then enrolling at the State University of New York at Buffalo, majoring in English. He became a "full-fledged atheist" at age 31. (Mythinformed MKE, Oct. 14, 2016)

While working for the Council for Democratic and Secular Humanism in Buffalo, he started African Americans for Humanism (AAH) to explore the ideas and work of Black deists, humanists, agnostics, freethinkers, rationalists and atheists. He was AAH's executive director from 1991 to 2010 and edited its quarterly the AAH Examiner. He also edited "African American Humanism: An Anthology" (1991) and "The Black Humanist Experience: An Alternative to Religion" (2003).

"I was originally motivated because I understand the many ways in which religion sends out contradictory messages, thereby contributing to widespread misery," Allen said. "While acknowledging the good that many religions do, I believe it is necessary to unsparingly critique its many weaknesses." (Council for Secular Humanism, Feb. 26, 2005)

Allen retired from organized secular humanism in 2013 after serving as secretary of the Institute for Science and Human Values and editing its journal The Human Prospect. He kept writing a regular column titled “Reasonings” for the institute and edited other writers' work while traveling extensively to Africa, visiting over 30 nations to promote secularism.

In 1997, single and living in Buffalo, Allen told a newspaper that "atheism remains high atop the list of Topics to Avoid on the First Date," comparing it to a felony conviction. Black atheists have a "harder row to hoe," he said. "Religion permeates everything in our culture. You go to an NAACP meeting, and they'll want to pray. You can go to a secular meeting, and they want to pray. When I'm in that coercive situation, I'm not going to stand for it. I don't hesitate to walk out." (Buffalo News, Dec. 14, 1997)

“Humanism is about solving our differences peacefully. We know of many religious wars, but organized humanists have not settled their differences with violence.” 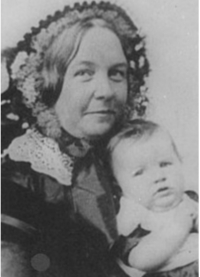 On this date in 1815, freethinker and founding mother of the feminist movement Elizabeth Cady was born in Johnstown, N.Y. Avid to please her father, a judge and member of Congress, in the face of his bitter loss of all five sons, she excelled in academic studies and horseback riding. Barred as a young woman from college despite her lively intellect, she married anti-slavery agent Henry Stanton. Their 1840 honeymoon took them to the fateful World's Anti-Slavery Convention in London.

Her eyes were opened to women's subjugation and religion's role in keeping women subordinate after she and other female delegates were humiliatingly curtained off from debate at clergy instigation. At 32 the harried housewife and mother (eventually of seven) instigated and planned, with Lucretia Mott and three other women, the world's first woman's rights convention. The Seneca Falls convention met on July 19-20, 1848. Stanton's "shocking" suffrage plank won endorsement and galvanized women for the next 72 years. She recalled later how "the Bible was hurled at us from every side" in a history of the early movement.

Stanton entered into a lifelong working partnership with Susan B. Anthony, founded and was first president of the National Woman Suffrage Association in 1869 and served as the National American Woman Suffrage Association's controversial first president in 1890. Stanton wrote the 19th Amendment, finally adopted in 1920, granting the vote to women. Nearly every speech she wrote condemned religious dogma. In her first letter to Anthony, she wrote, "The Church is a terrible engine of oppression, especially as concerns woman." (April 2, 1852.)

In her diary she recorded that her belief was "grounded on science, common sense, and love of humanity," not "fears of the torments of hell and promises of the joys of heaven." (Sept. 25, 1882.) She dedicated her last years to freeing women from superstition, writing The Woman's Bible (1895, 1898). In 1898 that book was officially repudiated by the very suffrage movement Stanton had help form. The last article she wrote before her death was "An Answer to Bishop Stevens," urging people to "embrace truth as it is revealed today by human reason." D. 1902.

PHOTO: Stanton and her daughter Harriot in 1856.

“I have endeavoured to dissipate these religious superstitions from the minds of women, and base their faith on science and reason, where I found for myself at least that peace and comfort I could never find in the Bible and the church."

"For fifty years the women of this nation have tried to dam up this deadly stream that poisons all their lives, but thus far they have lacked the insight or courage to follow it back to its source and there strike the blow at the fountain of all tyranny, religious superstition, priestly power, and the canon law.”