There are 3 entries for this date: Thomas Carlyle , Samuel Butler and Candace R.M. Gorham 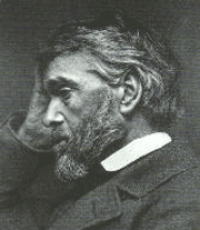 On this date in 1795, historian Thomas Carlyle was born in Ecclefechan, Dumfries, Scotland, the son of a Calvinist stonemason. He entered Edinburgh University at age 15 and earned his B.A. in 1813. "Intended" for the ministry, he prepared to become a Church of Scotland minister for five years until rejecting Christianity after reading Edward Gibbon. He taught at schools and tutored and helped popularize German philosophy in England, translating a work by Goethe.

His pantheistic, semi-autobiographical Sartor Resartus (1834) was his first successful book. Carlyle married Jane Welsh, the vivacious and well-informed daughter of a physician, who corresponded with many eminents of her era. Carlyle met John Stuart Mill, who introduced him and his wife to Emerson, who became a longtime correspondent. Among the 30 volumes by Carlyle were French Revolution, Frederick the Great, Life of Sterling and Life of Tennyson. He became rector of Edinburgh University in 1865 and refused the Grand Cross of the Order of the Bath.

Carlyle said of Voltaire: "He gave the death-stab to modern superstition. That horrid incubus, which dwelt in darkness, shunning the light, is passing away. ... It was a most weighty service." (Cited in 2000 Years of Disbelief by James Haught.) D. 1881.

“I have for many years strictly avoided going to church or having anything to do with Mumbo-Jumbo."
"We know nothing. All is, and must be, utterly incomprehensible.” 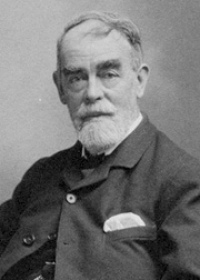 On this date in 1835, novelist Samuel Butler (not to be confused with 17th century poet Samuel Butler) was born in England and educated at Cambridge. His father and his grandfather were clergy, and Butler was likewise expected to enter the ministry. While preparing for it, he worked at a school for the poor, where he observed that boys who had been baptized did not differ from those who had not been. He infuriated his father by sharing his growing doubts, and suggesting an alternate career in painting. Butler escaped family ire by emigrating to New Zealand.

On the long voyage, he read Gibbon's Decline and Fall of the Roman Empire, which cemented Butler's rejection of Christianity. He started breeding sheep, read Darwin's On the Origin of Species and enthusiastically corresponded with him. When Butler returned to London in 1864, he eventually settled down to a literary career, writing Erewhon (1872), The Fair Haven (1873), Life and Habit (1877), Erewhon Revisited (1901), and The Way of All Flesh (posthumously published,1903). Butler happened upon Lamarck's work on inheritance and unaccountably turned on Darwin in the late 1870s. Butler's novels, for the most part not financial successes, were replete with satire of Christianity. The Way of All Flesh salvaged Butler from literary obscurity. D. 1902.

“Prayers are to men as dolls are to children. They are not without use and comfort, but it is not easy to take them very seriously.” 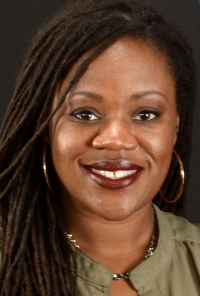 On this date in 1980, author, mental health professional and secular activist Candace Rene Miller Gorham was born in North Carolina. Her family was religious and as a child she went door to door as a Jehovah's Witness. She also started having mood disturbances, which by early adulthood led to severe depression and anxiety that became debilitating. She was confirmed in her father's Methodist church before gravitating to a nondenominational one with Pentecostal beliefs. She was ordained as an evangelist at age 21, a year after she was married, then was "promoted" to eldress and prophetess.

She preached, spoke in tongues, healed the sick and drove out demons. Gorham would come to see this behavior as "psychological abuse" of people — the belief that "hellhounds would come out of hell and grab your children."  She would later come to see that according to the Diagnostic and Statistical Manual of Mental Disorders, she met all 27 criteria for post-traumatic stress disorder. "It's almost impossible to come out of a conservative, biblical, literalist type environment without some level of PTSD." (Freethought Matters, April 30, 2018)

After earning a degree in secondary education from North Carolina Central University, she taught high school English. Her therapist convinced her to enroll in the community counseling master's program at Wake Forest University, which she completed while focusing on black women's mental health. She had started to deeply question her religious beliefs and her faith began to crumble. She moved to Bermuda and taught middle school English for two years.

In 2011 Gorham decided to reach out to other women suffering from the oppression of religious dogmatism and launched the Ebony Exodus Project, which was the title of her 2013 book, subtitled Why Some Black Women Are Walking Out On Religion — and Others Should Too. It tells the stories of women she interviewed, interspersed with topics detailing religion's effects on mental, emotional and physical health, sex and flawed thinking patterns. Black women bear a particular burden because of religion's cultural as well as theological hold on the community.

In addition to her work as a counselor, she's a member of the Clergy Project, the Secular Therapist Project, the Black Humanist Alliance and the speakers bureau for the Secular Student Alliance. She has a daughter (age 15 as of this writing in 2019) and they live in Durham, N.C.

"Through a long, slow, painful process, I moved through stages of being an unaffiliated believer, to being a non-Christian theist, to being an agnostic, to finally being an atheist."