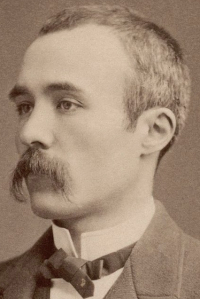 On this date in 1841, French statesman and journalist Georges Clemenceau was born in France. Clemenceau followed in his father's footsteps by becoming a physician and a freethinker. At 16 he was briefly suspended from school for debating Christianity with a teacher. Clemenceau began writing for Emile Zola's newspaper Travail, advocating a republic and free speech, and served 63 days in jail in 1862 as a student demonstrator under the reign of Napoleon III.

As a foreign correspondent for Le Temps, he went to New York City in 1865. He met his wife-to-be teaching French at a ladies seminary in Connecticut. Clemenceau's book The Great God Pan (1869) described how superstitions live on under new guises. He also translated John Stuart Mill's book Auguste Comte and Positivism. Returning to France, he became mayor of Montmartre, served as a member of the Paris Municipal Council (1871-76) and was elected five times to the National Assembly.

During an interlude when he left politics, Clemenceau returned to journalism. His newspaper articles, permeated with anti-clericalism and the promotion of rationalism, eventually were bound into 19 volumes. He contributed to L'Aurore newspaper and worked tirelessly for the release of Alfred Dreyfuss, writing more than a thousand influential articles about the case.

Known as "The Tiger," the politician returned to the Assembly in 1902, became interior minister, then prime minister (1906-09). Clemenceau was again elected prime minister in 1917 and was toasted as "Pere Victoire" (Father Victory) at the close of World War I. Clemenceau was a connoisseur of the arts and a personal friend of Rodin. He was buried, per instructions, with no rites. D. 1929.

“Not only have the 'followers of Christ' made it their rule to hack to bits all those who do not accept their beliefs, they have also ferociously massacred each other, in the name of their common 'religion of love,' under banners proclaiming their faith in Him who had expressly commanded them to love one another.” 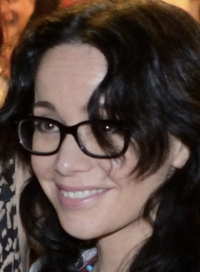 On this date in 1964, actress and comedian Janeane Garofalo was born into a conservative family in Newton, N.J. Her family relocated to Houston when she was in high school. She majored in history at Providence College, where she quickly shed her parents' politics. While a college student, Garofalo entered a Showtime-sponsored comedy talent search and won the title of "Funniest Person in Rhode Island." After college she became a standup comedian. To make ends meet she worked briefly as a bike messenger in Boston.

Garofalo's breakthrough came when she befriended actor/comedian Ben Stiller in 1992 and joined the cast of his acclaimed sketch comedy program, "The Ben Stiller Show." She starred in the 1994 Stiller film "Reality Bites" and was nominated for an Emmy in 1996 for her role on Gary Shandling's HBO series "The Larry Sanders Show." She briefly joined the cast of "Saturday Night Live" in 1994 and worked as a correspondent on Michael Moore's news magazine "TV Nation."

In addition to her extensive acting and comedy career, Garofalo has been an outspoken critic of religion. Calling herself an atheist on the Air America radio show "The Majority Report," Garofalo became a favorite of the left and a target of right-wing criticism. She helped launch Air America and has been a guest on Freethought Radio. Also a noted peace activist, Garofalo has said, "[God] just seems very man-made to me. There are so many theories, and not everyone can be right. It's human nature to need a religious crutch, and I don't begrudge anyone that. I just don't need one." ("Showbiz," Aug. 1995.)

"Organized religions and their dogmas only serve to indoctrinate the participants into sheeplike common behaviors. This type of blind assimilation promotes the popularity of top-forty count down radio stations and movie sequels. Skepticism towards groups, holy or otherwise, is enriching and makes you a far more entertaining person."

—"Feel This Book: An Essential Guide to Self-Empowerment, Spiritual Supremacy, and Sexual Satisfaction" by Janeane Garofalo and Ben Stiller (1999) 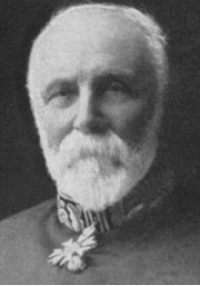 On this date in 1844, New Zealand statesman Robert Stout was born in the Shetland Isles, Scotland. He was educated in parish schools, qualified as a student teacher at age 13, then as a surveyor in 1860. Stout emigrated to New Zealand in 1863. After teaching in Dunedin, he studied law and was admitted to the bar in 1871. He served as a member of the Provincial Council of Otago in 1872 and was first elected to the House of Representatives in 1875 as a Liberal. He served as attorney general and minister for lands and immigration in 1878-79.

He became president of the Dunedin Freethought Association in 1880 and defended the Auckland Rationalist Association when it was threatened with prosecution for selling its magazine on Sundays. Stout eventually introduced a bill, which passed, reducing Blue Law fines and restrictions. He was often described as New Zealand's version of Charles Bradlaugh and America's Robert Ingersoll. He was returned to Parliament in 1884 and served as premier, attorney general and minister of education from 1884-87. He was knighted in 1886.

Stout promoted secular secondary schools and medical and welfare services and was sympathetic to the Maori and land reform. The Married Women's Property Act became law while he was prime minister. Stout returned to Parliament in time to finally see passage of women's suffrage in 1893, a reform he had promoted. He was appointed chief justice, serving from 1899-1926. He was also chancellor of New Zealand University (1903-23).

Stout was appointed after retiring as chief justice to the Legislative Council, where he immediately defended secular education, which was under attack by religionists seeking to introduce bible reading and prayers in school: "I fear that Parliament may set up a little state church to make people morally good. ... it will make them immoral, for it will inaugurate bitterness and ill feeling." He married Anna Paterson Logan, the daughter of social reformers and freethinkers, and they had six children. D. 1930.

“We recognise no authority competent to dictate to us. Each must believe what he considers to be true and act up to his belief, granting the same right to everyone else.” 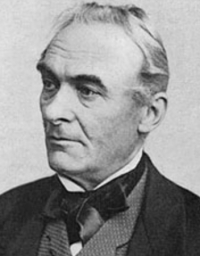 On this date in 1803, writer and dramatist Prosper Mérimée was born in Paris. The son of an artist, he initially studied law, then switched to the humanities. His first play, "Cromwell," was published in 1822, followed by several famed literary "hoaxes," more plays and a travel book. A student of language, Mérimée made the first translations into French of many Russian classics.

In the 1830s he was appointed chief of cabinet to two ministers, then inspector-general of historical monuments, where his archaeological interests could be explored. His most famous novella, Carmen, was published in 1845 and later made into an opera by fellow rationalist Georges Bizet in 1869. Mérimée was made a senator in 1853 by Empress Eugénie, the wife of Napoleon III.

Merimée's cultural legacy includes the system of classification of historic monuments that he established and the major sites that he saved, such as the walled citadel of Carcasonne, and his part in the foundation of the National Museum of Medieval History in Paris. The French national list of heritage monuments is called the Base Mérimée in his honor. (D. 1870)

"Atheist like his parents, Prosper Mérimée does not give an important place to anti-clericalism in his works, but he distills it often in short passages. Among the topics covered, we can find the villainous behavior of priests, the hypocrisy, venality, chastity and celibacy imposed that break the life of the men of the Church, superstitions [and] devotion to the Virgin Mary."

—"Atheism, the Standing Man" (a French website at http://atheisme.free.fr) 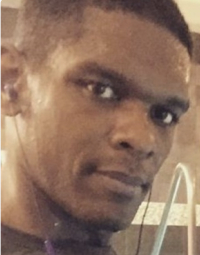 On this date in 1981, rapper Greydon Square, né Eddie Collins, was born in Compton, Calif. Square is an outspoken atheist whose clever lyrics focus on atheism, science, philosophy and criticisms of religion. He also has rapped about his experiences growing up in Compton and serving in the war in Iraq. His parents are absent from his life, so as a child and teen he lived in several different group homes. He taught himself how to play piano at one of the group homes when he was 9.

As a teen he joined the gang Tragniew Park Compton Crips. At 19 he decided to make a change in his life and join the army, where he was deployed to the front lines in Iraq. Square began studying physics at Arizona State University but later changed to computer science. He became an atheist at 25 when he began to think critically about religion. He has a large fanbase in the atheist community.

"After a lot of reading, and research, I realized I didn't have any secret channel picking up secret messages from God or anyone else. That voice in my head was my own."

—Square, 2010 interview with Martin Pribble for his blog "Attempting to Make Sense"