There are 4 entries for this date: Stephen King , James Watson , H.G. Wells and Etta Semple 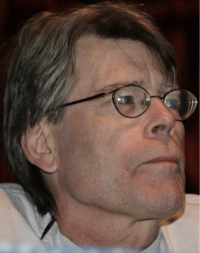 On this date in 1947, best-selling suspense novelist Stephen King was born in Portland, Maine. King’s parents split when he was a toddler, and he and his older brother were raised by their mother, who struggled financially. Though he grew up attending a Methodist church, his doubts about organized religion began at an early age. In a 2013 interview with National Public Radio on whether he believed in God, King said "the jury's out on that,” adding that while at the moment he chose to believe, he reserved the right to change his mind.

He sold “The Glass Floor,” his first professional short story, to Startling Mystery Stories in 1967. He attended the University of Maine at Orono and wrote a weekly column for the school paper, served as a member of the Student Senate, opposed the Vietnam War and graduated in 1970 with a B.A. in English. In 1971 he married Tabitha Spruce, whom he met while working at a library. King taught English at Hampden Academy in Hampden, Maine, and pursued his writing in the evenings and on the weekends. King’s first novel, Carrie, was accepted by Doubleday & Co. in 1973. Due to its success, he was able to leave his teaching job and write full time.

King has published 60 novels, including seven under the pen name Richard Bachman, and five nonfiction works. He has written over 200 short stories, most of which have been compiled in book collections. His books have sold more than 350 million copies, and many of them have been adapted into feature films, TV movies and comic books. Many of his books contain overt religious themes, which prompted America's Dark Theologian: The Religious Imagination of Stephen King (2018), by Douglas E. Cowan.

King and his wife, also a novelist and philanthropist, annually give away about $4 million to libraries, fire departments, schools and organizations supporting the arts. They have a daughter, Naomi, who is a Unitarian Universalist minister in Florida, as is her domestic partner Thandeka, whose name means "beloved" and was given her by Bishop Desmond Tutu. Their sons, Owen and Joseph, are both writers.

“But as far as God and church and religion ... I kind of always felt that organized religion was just basically a theological insurance scam where they're saying if you spend time with us, guess what, you're going to live forever, you're going to go to some other plain where you're going to be so happy, you'll just be happy all the time, which is also kind of a scary idea to me." 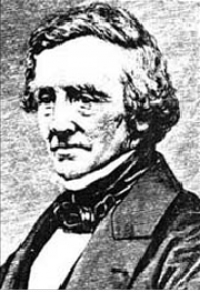 On this date in 1799, James Watson, who became a much-imprisoned English freethought publisher, was born in Yorkshire. As a young worker in Leeds, he joined a radical reading club and became a freethinker. At age 23, Watson moved to London to assist publisher Richard Carlile at his shop, taking over when Carlile was imprisoned in 1822. Carlile had expressly opened the shop to publish and sell periodicals that would challenge "Six Acts," a suppressive law passed in 1819.

Watson was arrested in 1823 for selling Elihu Palmer's Principles of Nature and was sentenced to a year at Cold Bath Fields prison for blasphemy. He took advantage of his confinement to read rationalist writers. Released in April 1824, he learned the skills of the printing trade directly from Carlile and also worked for another radical publisher, Julian Hibbert. In 1827, Watson joined the Owenites (see Robert Owen), and became an agent for Owens' Cooperative Trading Association.

In 1830 Watson opened his own publishing house, specializing in handprinted and bound-volume classics by freethinkers. In 1831 he organized a feast to counter a government-ordered fast. In 1832 he began publishing the Working Man's Friend, an unstamped newspaper (stamp laws had a chilling effect on publishers of newspapers and pamphlets), for which he was sent to prison for six months in 1833. For selling the Poor Man's Guardian, another newspaper sympathetic to workers, Watson was imprisoned for six months in 1834-35. In the 1840s he campaigned against blasphemy laws and, with G.J. Holyoake, published the anti-Christian journal The Reasoner. D. 1874.

“I am happy that I can aid those admirable men, both living and dead, who by their pens or their tongues have aided the great cause of human liberty and universal happiness.” 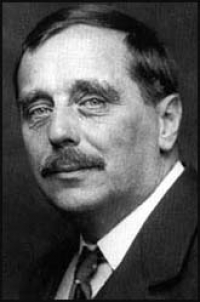 On this date in 1866, (Herbert George) H.G. Wells was born to a working-class family in Kent, England. He received a spotty education, interrupted by several illnesses and family difficulties, and became a draper's apprentice as a teen. Wells earned a government scholarship in 1884 to study biology under Thomas Henry Huxley at the Normal School of Science. Wells earned his bachelor of science and doctor of science degrees at the University of London.

After marrying his cousin Isabel, Wells began to supplement his teaching salary with short stories and freelance articles, then books, including The Time Machine (1895), The Island of Dr. Moreau (1896), The Invisible Man (1897) and The War of the Worlds (1898). Wells created a mild scandal when he divorced Isabel to marry one of his best students, Amy Catherine Robbins. Although his second marriage was lasting and produced two sons, Wells was an unabashed advocate of free (as opposed to "indiscriminate") love. He continued to openly have extramarital liaisons, most famously with Margaret Sanger, and a 10-year relationship with the author Rebecca West, who had one of his two out-of-wedlock children.

As a member of the socialist Fabian Society, Wells sought active change. His 100 books included nonfiction such as A Modern Utopia (1905), The Outline of History (1920), A Short History of the World (1922), The Shape of Things to Come (1933) and The Work, Wealth and Happiness of Mankind (1932). One of his booklets was Crux Ansata, An Indictment of the Roman Catholic Church. Although Wells toyed briefly with the idea of a "divine will" in his book God the Invisible King (1917), it was a temporary aberration.

Wells used his international fame to promote his favorite causes, including the prevention of war, and was received by government officials around the world. He is best remembered as an early writer of science fiction and futurism. D. 1946.

"Indeed Christianity passes. Passes — it has gone! It has littered the beaches of life with churches, cathedrals, shrines and crucifixes, prejudices and intolerances, like the sea urchin and starfish and empty shells and lumps of stinging jelly upon the sands here after a tide. A tidal wave out of Egypt. And it has left a multitude of little wriggling theologians and confessors and apologists hopping and burrowing in the warm nutritious sand. But in the hearts of living men, what remains of it now? Doubtful scraps of Arianism. Phrases. Sentiments. Habits." 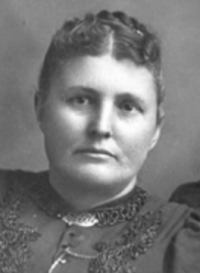 On this date in 1855, Etta Semple (née Martha Etta Donaldson) was born into a Baptist family in Quincy, Illinois. After being left a widow with two sons in 1887, she married Matthew Semple of Ottawa, Kansas, and they had one son. Etta became Ottawa's town radical, espousing freethought, feminism, opposing racial bigotry, capital punishment and "blue laws."

Her pro-working class novels included Society and The Strike. She helped found the Kansas Freethought Association to "fight ignorance, superstition and tyranny" and in 1879 was elected its president. She also served as vice president of the American Secular Union. From her parlor she published the bimonthly Freethought Ideal, an eight-page newspaper with a 2,000 circulation. She amused Ottawans in the summer of 1901 by strolling arm in arm with Carry Nation, prompting a local wag to quip: "One believes in no saloons, and one believes in no god."

In 1902 she opened a "Natural Cure" sanitarium with 31 rooms. "No tramp ever went away hungry, and no fallen woman has been kicked down by us," she wrote. While the Ottawa Evening Herald hailed her as a "Good Samaritan" and "one of the greatest benefactors Ottawa has ever had," she was stalked by an assassin. In an unsolved murder on March 28, 1905, an elderly patient in the hospital was bludgeoned in bed. Semple was believed by authorities to be the intended victim.

When she died of pneumonia at age 59, court was adjourned and crowds filled the cemetery for a godless oration in the spring sun. The Evening Herald's banner headline read "Good Deeds of A Good Woman Are on the Tongues of Ottawa Today." The story added: "It was the biggest funeral Ottawa had ever seen. It was also perhaps the most unusual. No minister spoke. No hymns were sung, no flowers decorated the parlor." Mourners sang one of her favorite secular songs, "Scattering Seeds of Kindness," which the newspaper called "emblematic of Mrs. Semple's life." (D. 1914)

“I never yet have seen the person who could withstand the doubt and unbelief that enter his mind when reading the Bible in a spirit of inquiry.”