There are 3 entries for this date: Ted Gup , Alexander von Humboldt and Margaret Sanger 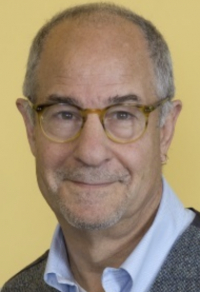 On this date in 1950, journalist, author and professor Ted Gup was born in Canton, Ohio. Of Jewish heritage, after attending Trinity University in Ireland he earned a B.A. in classics from Brandeis University and a J.D. from Case Western Reserve University School of Law. He was a longtime Washington Post reporter and later worked for Time magazine. Gup has written for many national publications, including Smithsonian, National Geographic, New York Times, Boston Globe, The Village Voice, Sports Illustrated, Slate, GQ, Mother Jones, Audubon, the Columbia Journalism Review and NPR. Much of his work has championed more transparency in government.

Gup has worked in multiple academic positions, including a professor of journalism at Case Western Reserve and as chair of the journalism department at Emerson College in Boston. He has received more than 20 awards for his writing, including the George Polk Award, the Worth Bingham Prize, the Gerald Loeb Award, the Investigative Reporters and Editors Book-of-the-Year Award for his best-seller The Book of Honor: Covert Lives and Classified Deaths at the CIA (2000) and the Goldsmith Book Prize for Nation of Secrets: The Threat to Democracy and the American Way of Life (2007).

Gup has been a Pulitzer finalist, Fulbright Scholar, MacArthur Fellow and Guggenheim Fellow. Gup is also the author of A Secret Gift (2010), a frequent contributor to news programs on CNN, PBS and NPR and a public speaker in high demand. In the wake of his 21-year-old son's 2011 death from a heroin and alcohol overdose, he said he had become a nonbeliever.

“I had nearly forgotten how death plays out over time — not the biological episode that collapses it all into a nanosecond of being and nonbeing, but the slower arc of our leaving — sorting through the mail, paying the bills, stumbling upon notes. ... Have I no more than these solicitations, the invitations, these letters delivered late? I do. I have memories. I have places where I feel both his closeness and his distance. And I have the all-too-brief visitations allowed in dreams. For the nonbeliever I’ve become, it is what passes for an afterlife.”

—Gup, “The Afterlife,” New York Times op-ed on getting mail addressed to his son over two years after his death (July 12, 2014) 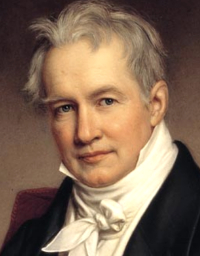 On this date in 1769, Friedrich Wilhelm Heinrich Alexander von Humboldt, who came to be known as one of the greatest explorers of his time, was born in Berlin to a prominent Pomeranian family. Baptized Lutheran, he and his older brother, Karl Wilhelm, were educated by private tutors in the classics, French, mathematics, philosophy, politics and law. Botany quickly became Humboldt's favorite subject and, even at an early age, he collected and classified insects and plants at his family's estate in Tegel.

At age 16 he attended physics lectures at a physician's home, learned of Benjamin Franklin and installed a lightning rod on Castle Tegel, which the local clergy deemed "blasphemous." At 22 he completed his studies in geology, a new science at the time, and became a mine inspector who would later advocate for the welfare of miners. Humboldt was introduced to Goethe in 1794 and they became close friends and intellectual comrades. Goethe reportedly said that he could learn more in an hour of conversation with Humboldt than in a week of reading books.

Restless and curious about the world, Humboldt resigned from the mining business, traveled around Europe (developing revolutionary theories on the geological structure of Spain), and in 1799 embarked on an expedition of scientific discovery. He traveled for five years, visiting and exploring the Americas, where he was horrified by the practice of slavery. On this voyage, in addition to establishing the foundations of geography and meteorology, Humboldt met Thomas Jefferson and was deeply impressed by his enlightened political views but could not reconcile that he owned slaves.

He contracted malaria in South America and was nursed back to health by cannibals. He wrote with dismay about their treatment by the Jesuits and remarked at their deep sense of humanity. Upon his return to Europe, Humboldt published writings of his travels and scientific discoveries, which brought him fame throughout Europe. He became an active voice in politics, supporting the 1848 revolutions, universal political rights, the emancipation of the Jews and championing the rights of impoverished artists and scientists who faced persecution.

In 1845, at 77, Humboldt wrote Kosmos: Entwurf einer physischen Weltbeschreibung (Draft of a Physical Description of the World), hailed as one of the century's most extraordinary scientific works. Kosmos attempted to explain the unity of the universe with naturalistic (rather than spiritual) laws, easily understandable to the public. It was never finished but it was an encyclopedic treasure of all that was known of the physical sciences in the mid-nineteenth century.

Among his other achievements: He was the first to raise anthropologists' awareness of the neglected Incan, Mayan and Aztec civilizations; the first in astronomy to observe a meteor shower with scientific instruments; he collected over 60,000 plants and identified 3,500 new species; his maps of Central and South America were the first for geographers; he was the first to accurately understand volcanic activity.

Humboldt died at age 89 in the same year Darwin's On the Origin of Species was published. A state funeral was held for him with more than 600 people, including many students, attending. He was buried in Tegel next to his brother. D. 1859.

“One of the most encyclopedic scientists of the time, Humboldt was a Pantheist like his friend Goethe, and a contemptuous anti-clerical like his friend F. Arago. ... His letters use very strong language about the Churches to the end of his life. He calls Luther ‘that diabolical reformer.’ ”

—"A Biographical Dictionary of Modern Rationalists" by Joseph McCabe (1998) 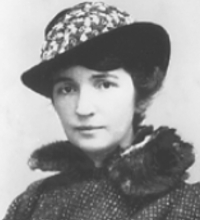 On this date in 1879, Margaret Louise Sanger (née Higgins), was born in Corning, N.Y., to a freethinking, Irish-born father and a Catholic Irish-American mother. Watching her mother die at age 48 of tuberculosis after bearing 11 children changed the course of Sanger's life. As a child she was introduced to the power of the Catholic Church when the local priest locked the doors of the town hall to prevent agnostic Robert Ingersoll from speaking in Corning. She wrote in her autobiography of the spellbinding experience of hearing Ingersoll speak in the woods instead.

She would later repeatedly experience being locked out of public halls, even countries, under Catholic pressure. Her experience doing obstetrical nursing of the poor in New York City as a young mother herself galvanized her conviction that women had the right to control fertility. The turning point was witnessing the death of Sadie Sachs, 28, from a second illegal abortion. When Sachs had pleaded with her doctor for birth control, he had responded: "Tell Jake to sleep on the roof."

Sanger researched contraception (coining the term birth control) while editing a monthly newspaper, The Woman Rebel (1914). Its primary purpose was to challenge the 1873 Comstock Act, which made it illegal to send “obscene, lewd or lascivious, immoral or indecent" publications through the mail, including articles about contraception and abortion, even if written by a physician.

Facing 45 years in prison when indicted under the law, Sanger fled the country, leaving behind a book, "Family Limitation." It sold 10 million copies while Sanger continued research in England and the Netherlands. When she returned to the U.S. she was rearrested. After her daughter Peggy died of pneumonia in 1915, Sanger went on a headline-making speaking tour to challenge the charges, which were dropped in 1916.

That year she opened the first birth control clinic, which was raided. She spent the next two decades educating physicians about birth control and overseeing the creation of clinics across the U.S. In 1934 she brought the lawsuit that finally overturned much of the repressive Comstock Act. Over her lifetime she was jailed eight times, brought diaphragms to the U.S. and distributed them, helped develop contraceptive jelly, founded Planned Parenthood, and commissioned the creation of the birth control pill. She was hailed as the "heroine" of history by H.G. Wells. She died at age 86 in 1966.