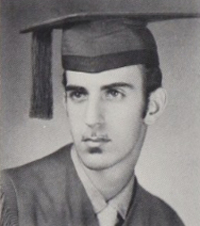 On this date in 1940, avant-garde musician Frank Vincent Zappa was born in Baltimore to Francis and Rosemarie (née Collimore) Zappa. His father was a Sicilian-born chemist and mathematician. He moved at age 10 with his family to California.

In a May 1993 Playboy magazine interview, he said his parents enrolled him in Catholic school: "I lasted a very short time. When the penguin came after me with a ruler, I was out of there. ... I still went to church regularly, though, until I was 18 years old. Then suddenly, the light bulb went on over my head. All the mindless morbidity and discipline was pretty sick — bleeding this, painful that and no meat on Friday. What is this shit?"

He was the drummer for the first band he was in, the Blackouts. He and Don Van Vliet (stage name Captain Beefheart) influenced each other musically in high school. He attended Chaffey College in Rancho Cucamonga but left after one semester, thereafter disdaining higher education. He married Kathryn Sherman in 1960, a union lasting four years. In 1967 he married Gail Sloatman. They had four children, Moon Unit, Dweezil, Ahmet and Diva.

In 1965 he became co-leader of a group called the Mothers, which was renamed the Mothers of Invention at the insistence of Verve Records. Their breakout album was "Freak Out!" in 1966. Zappa broke up the band in 1969 and relaunched it a year later with new personnel. Over the next two decades and 60 albums, he became an icon as bandleader, guitarist, composer, satirist and political commentator. The Rolling Stone Album Guide in 2004 said: "Frank Zappa dabbled in virtually all kinds of music — and, whether guised as a satirical rocker, jazz-rock fusionist, guitar virtuoso, electronics wizard, or orchestral innovator, his eccentric genius was undeniable."

Public domain photo: Zappa as a high school senior in 1958 in Lancaster, Calif.

“Anybody who wants religion is welcome to it, as far as I'm concerned — I support your right to enjoy it. However, I would appreciate it if you exhibited more respect for the rights of those people who do not wish to share your dogma, rapture or necrodestination.” 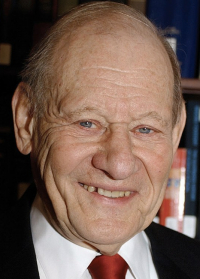 On this date in 1925, Paul Kurtz was born in Newark, N.J. A philosopher and skeptic, he became a strong advocate for science and reason over all forms of superstition. Kurtz earned his undergraduate degree from New York University in 1948 and his master's and Ph.D in philosophy from Columbia University in 1952. He taught philosophy at the State University of New York at Buffalo for over 25 years.

He wrote over 40 books and founded Prometheus Books, a publishing house, in 1969. His books include Meaning and Value in a Secular Age: Why Eupraxsophy Matters (2012), Forbidden Fruit: The Ethics of Secularism (2008), The New Skepticism: Inquiry and Reliable Knowledge (1992), and In Defense of Secular Humanism (1983).

The Center for Inquiry, which focuses on creating a secular society based on humanism and reason, was founded by Kurtz in 1991. He was also the editor of Free Inquiry magazine, founded the Center for Inquiry Transnational and had a hand in many other humanist organizations and publications.

Kurtz enlisted in the U.S. Army when he was 17. He fought in the Battle of the Bulge and witnessed two concentration camps, Buchenwald and Dachau. Kurtz had two daughters,Valerie and Patricia, from a first marriage, then married Claudine Vial in 1960, and together they had Anne and Jonathan.

In his essay "The Faith of an Empathetic Humanist," Kurtz wrote, “We are not confined by our planet or solar system, but are capable of exploring galactic space. Our true identity is universal; we are not defined by the isms of the past, as Christian or Jew, Hindu or Muslim, nonbeliever or believer. Rather we are defined by our humanity.” D. 2012.

Photo by Center for Inquiry under CC 3.0.

“The key to understanding who and what we are is that our futures, as individuals, societies or cultures, are not fixed or pre-ordained by some hidden hand of god; that what will become of us depends in part on what we choose to become.” 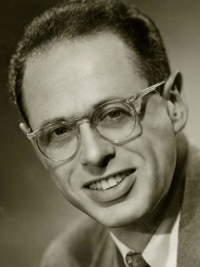 On this date in 1914, composer David Randolph (né Rosenberg) was born in New York City. He held a bachelor's degree from the City College of New York and earned a master's in music education from Teachers College of Columbia University. During World War II, Randolph worked for the U.S. Office of War Information. In 1947, CBS hired him to script classical radio broadcasts. He founded a madrigal group, the Randolph Singers, which performed widely and in 1948 he married Mildred Greenberg, an alto in the choir.

His sonorous baritone was known to listeners of the weekly classical music program “Music for the Connoisseur” on WNYC. The program, later called “The David Randolph Concerts,” ran for more than 30 years starting in 1946. He wrote the well-received This is Music: A Guide to the Pleasure of Listening (1964). The New York Times published a lengthy obituary in 2010 noting that Randolph’s performances of Handel’s “Messiah” (at least 170 full performances with two different choruses) were a mainstay of New York’s holiday season.

Randolph remarked at a 2009 luncheon in his honor in New York City, hosted by FFRF Co-Presidents Dan Barker and Annie Laurie Gaylor: “A couple of months ago I had the pleasure of appearing on the Freethought Radio program with Dan and Annie Laurie, and Annie Laurie said to me, ‘How can you as an atheist conduct Handel’s Messiah?’ My answer was this: Suppose Dan were engaged as an actor to play the role of Iago in Shakespeare’s ‘Othello,’ admittedly one of the most vicious and horrible people in the world. Would he be able to do it? Yes. Does he have to be vicious and horrible? No, not at all.”

"There was no such thing as 'religious' music, Randolph felt. ... There was only music put to different uses, in different contexts," wrote Oliver Sacks. (The Paris Review Daily, Dec. 21, 2010.) "He would mention [this] when conducting his favorite Requiem Masses by Brahms, Verdi or Berlioz — all of whom, he would remind the audience, were atheists (as he himself was).

Randolph was the original music director of the Masterwork Chorus, a high-level amateur group he led through 37 seasons before stepping down in 1992. He began directing the St. Cecilia Chorus in Manhattan in 1965 (entirely secular despite the inherited name), featuring works by freethought composers. Randolph retired from the post the Sunday before his death in 2010 from complications of pneumonia and cancer at age 95.

"Fortunately I was brought up in a family in which religion played almost no part whatsoever." 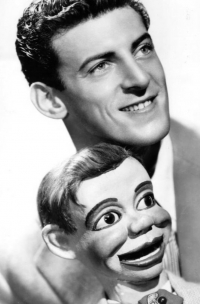 On this date in 1922, Paul Winchell (né Wilchinsky) was born to Jewish parents in New York City. He contracted polio at age 13 and became interested in ventriloquism, a field in which he showed considerable talent, appearing on popular children’s television shows “The Paul Winchell Show” (1950-54) and “Winchell-Mahoney Time” (1965-68). He was also a voice actor, most notably providing the voice of Tigger for the television show “Winnie the Pooh” (1968-99).

Winchell was also an inventor with 30 patents, including a prototype of the first artificial heart in 1963, which was used for research at the University of Utah. His books include Ventriloquism for Fun and Profit (1954) and his autobiography Winch (2004). He was married three times and had three children.

In 1982 he published God 2000: Religion Without the Bible, which discussed bible contradictions and disputed the existence of a biblical god. He wrote, “It is essential to understand that true freedom of Religion must include freedom from Religion.” But he also expressed deist views in his 2004 book Protect God, published the year before his death at age 82.

“It is my contention that no other invention of man has brought greater chaos to humanity than the practice of religion.” 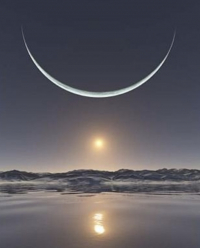 The winter solstice occurs when one of the Earth's poles has its maximum tilt away from the sun. Depending on the shift of the calendar, the solstice occurs between June 20-22 in the Southern Hemisphere and between Dec. 20-23 in the Northern Hemisphere. The solstice has had special significance in the annual cycle as far back as neolithic times. Dec. 21-22 solstices happen more often than those on Dec. 20 or Dec. 23. The last Dec. 23 solstice was in 1903 and will not reoccur until 2303. The next Dec. 20 solstice will occur in 2080.

"There was an old woman who lived in a room, and like all of us was frightened of the dark, but who discovered in a minute last fragment of her life that there was nothing in the dark that wasn't there when the lights were on. Object lesson for the more frightened amongst us, in or out, of the twilight zone."

—The closing from "The Twilight Zone" episode "Nothing in the Dark," written by George Clayton Johnson and spoken by freethinker Rod Serling. Freethinker Robert Redford starred in the episode, which aired Jan. 5, 1962. 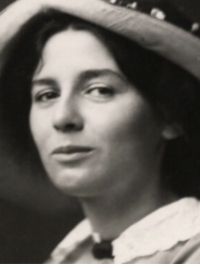 On this date in 1892, literary giant Dame Rebecca West (née Cecily Isabel Fairfield) was born in London. She moved with her family to Edinburgh at 10. Her father was a journalist who deserted the family when she was 8. She was educated in Edinburgh at George Watson's Ladies College, where some innocently penned verses caused a scandal. In 1911 she briefly joined the staff of the feminist publication Freewoman. She renamed herself after an Ibsen heroine in Rosmersholm.

West became a lead writer for the socialist paper The Clarion. At age 19 she embarked on a 10-year love affair with H.G. Wells, who was 46 and whom she had previously called "the Old Maid among novelists" in a review. Their son Anthony West, her only child, was born in 1914. West left Wells in 1923. After other affairs with Lord Beaverbrook, Charlie Chaplin and journalist John Gunther, she married banker Henry Andrews in 1930 and they remained nominally together until his death in 1968.

She was known for her pithy quotes, such as those cited in her New York Times obituary: "I myself have never been able to find out precisely what feminism is: I only know that people call me a feminist whenever I express sentiments that differentiate me from a doormat or a prostitute." In 1928, she observed in a speech to the Fabian Society: "There is one common condition for the lot of women in Western civilization and all other civilizations that we know about for certain, and that is, woman as a sex is disliked and persecuted, while as an individual she is liked, loved, and even, with reasonable luck, sometimes worshipped." In the 1970s she called President Richard Nixon "an example of bad form combined with Original Sin."

Her religious views were complicated and fluctuated throughout her life, especially toward Christianity as she rejected most of its traditional doctrines. It's said that she was informally a Manichaean all her life and believed in dualism as the most fundamental working principle of the universe.

"The case against religion is the responsibility of God for the sufferings of mankind, which makes it impossible to believe the good things said about Him in the Bible, and consequently to believe anything it says about Him."

—From West's nonfiction book "Survivors in Mexico," published posthumously in 2003