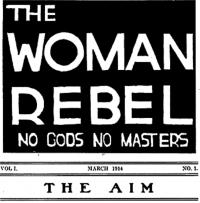 On this date in 1914, Margaret Sanger's publication, The Woman Rebel, with its motto of "No Gods – No Masters," debuted. 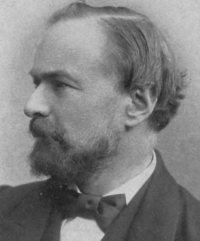 On this date in 1844, William Stewart Ross ("Saladin") was born in Scotland. While preparing for the ministry at Glasgow University, Ross became a rationalist and gave up the church. He set up his own publishing company, W. Stewart & Co., in London. By 1880 he was co-editor of the Secular Review. Later becoming its sole editor and owner, he changed the name to the Agnostic Journal and Secular Review in 1889 and shortly thereafter to the Agnostic Journal and Eclectic Review. The last issue was published in June 1907.

Ross was not an admirer of the famous British atheist Charles Bradlaugh, and his journal and essays represented an alternative style. He wrote under the nom de plume of "Saladin" (the Muslim fighter who halted the Third Crusade). His books include God and His Book (1887) and Woman: Her Glory and Her Shame (two volumes, 1894). In 1879 he won a gold medal for writing the best poem to memorialize the unveiling of a statue of Robert Burns. Confined in his last years due to sclerosis, he died in 1906 at age 62.

"Christianity claims to have originated lunatic asylums. If I were to claim that it was I who made the moons of Jupiter and placed the belt round Saturn, I should be nearly as preposterous as Christianity is when she claims to have originated asylums for the insane. ... If the preacher would stand up in his pulpit and whine, 'My dear Christian brethren, our blessed religion did not originate lunatic asylums; but it has made up for that by making millions of lunatics,' he would speak only the sober truth." 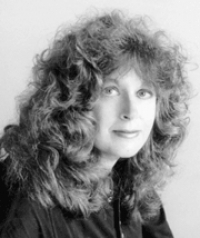 On this date in 1948, science fiction writer Pamela Sargent was born to nonreligious parents in Ithaca, N.Y. Asked in 1990 who inspired her as a child, she said her grandmother did: "She'd been kind of rebellious as an adolescent herself, and managed to get herself expelled from a convent where she was a student. Apparently the nuns considered her 'wild,' even though she didn't do much more than sneak out after hours to meet guys."

Sargent earned her B.A. and M.A. from SUNY-Binghamton. Sargent is the author of many science fiction books and short stories and has edited several anthologies specializing in female and feminist science fiction. Her early books include Women of Wonder: Science Fiction Stories by Women About Women (1975), Cloned Lives (1976), Bio-Futures: Science Fiction Stories about Biological Metamorphoses (1976), Starshadows: Ten Stories (1977), The Sudden Star (1979), The Alien Upstairs (1983), Alien Child (1988), The Best of Pamela Sargent (1987) and Women of Wonder: The Contemporary Years (1995).

She continues to publish regularly as of this 2019 writing. Her novel Season of the Cats was published in 2015 and her epic historical novel Ruler of the Sky (1993) about Genghis Khan came out in a new Spanish edition in 2019.

“Gore Vidal once wrote that, whatever most writers say, the books that influence them most are those read in childhood — before the age of twelve, say — presumably because childhood experiences are the most formative. Assuming he's right, the most influential books for me must be Bambi, Charlotte's Web by E.B. White, Grimm's fairy tales, Bulfinch's Mythology, Walter Farley horse books like The Black Stallion (I read them all), The Cloister and the Hearth and other historical novels too numerous to list, Fred Hoyle's The Nature of the Universe, and The Feminine Mystique by Betty Friedan, which my mother gave me, interestingly enough. Oh, and the Bible, believe it or not, even though I was brought up as an atheist.” 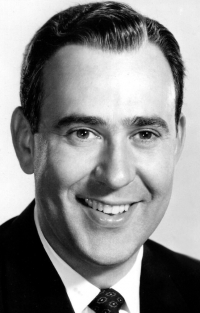 On this date in 1922, actor Carl Reiner was born in the Bronx, New York, to immigrant Jewish parents. The son of a Romanian-born watchmaker and a Hungarian mother started his distinguished entertainment career in Broadway musicals after serving in the Pacific during World War II. Among his lifetime achievements in writing, directing, producing and acting for television and film, Reiner was perhaps most noted for creating, directing and frequently appearing on “The Dick Van Dyke Show” (1961-66).

Reiner wrote 18 books, including five biography/memoirs (the last announced in 2017 when he was 95). At 97 he was still active on Twitter and still had his sense of humor, publishing an illustrated children's book in 2017 titled You Say God Bless You for Sneezing and Farting!

Reiner called himself a Jewish atheist. "I have a very different take on who God is," he said in a 2008 Los Angeles Times interview. "Man invented God because he needed him. God is us."

Reiner in October 2018 denounced the Trump administration and said his goal was to live to see him voted out of office. He didn't quite make it, dying at home in Beverly Hills at age 98 about four months before the election. (D. 2020)

MOMENT: Have you always been an atheist?
REINER: I became an atheist after Hitler came. I said, what is this? If there was a God, would he not be hearing 18 million people, 16 million Jews, or 20 million other people, saying,"Please God, don’t do this, make him stop?" God was so busy doing what? Striping zebras or fixing the long necks of giraffes? 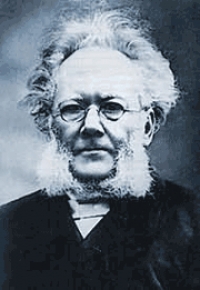 On this date in 1828, Henrik Ibsen was born in Norway. The playwright, a social critic who in his later years pioneered realist drama, produced a roster of literary classics. His plays include "Brand" (1866), "Peer Gynt" (1867), "A Doll's House" (1879), "Enemy of the People" (1882) and "Hedda Gabler" (1890). Reportedly becoming a freethinker as a teenager, Ibsen was later influenced by Georg Brandes, penning "The Emperor and the Galilaean" (1873). Its disillusioned protagonist sets out to overthrow Christianity.

In his play "Ghosts" (1881) he wrote, "It's not only what we have inherited from our father and mother that walks in us. It's all sorts of dead ideas, and lifeless old beliefs, and so forth. They have no vitality, but they cling to us all the same, and we can't get rid of them." In "The Pillars of Society" (1877) he wrote, "The spirit of truth and the spirit of freedom — these are the pillars of society."

Ibsen married Suzannah Thoresen when he was 30 and had a son, Sigurd, who as prime minister played a central role in 1905 in the dissolution of the union between Norway and Sweden. He died at home in Oslo at age 78, six years after the first of a series of strokes. (D. 1906)

"The state has its root in Time: it will have its culmination in Time. Greater things than it will fall; all religion will fall. Neither the conceptions of morality nor those of art are eternal. To how much are we really obliged to pin our faith? 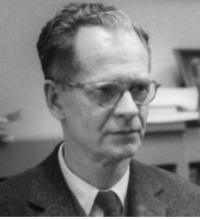 On this date in 1904, behavioral psychologist Burrhus Frederic Skinner was born in Susquehanna, Pa., and grew up in what he called a "warm and stable" family. He was a child inventor who never lost his interest in invention. Skinner earned his B.A. in English at Hamilton College, New York, then went to Harvard for his master's and doctorate in psychology.

He moved to Minneapolis when offered a teaching position at the University of Minnesota, where he married and had two daughters. He became chair of the psychology department at Indiana University in 1945, then was recruited by Harvard, where he stayed the rest of his life.

His wife, Yvonne, asked him to invent a "safe crib" when expecting their second child, something without bars. Skinner devised a "baby tender" for newborns, encased in soft Plexiglas, and wrote about the invention for a piece in the Ladies' Home Journal, which dubbed the crib "Baby in a Box." The contraption later led to some confusion with the "Skinner Box" he had used as an early researcher with rats.

Skinner was interested in "operant behavior" and wrote The Behavior of Organisms in 1938. His most famous book, Walden Two (1948), described an egalitarian, communal lifestyle. After sitting in one of his young daughter's math classes, he became convinced that teaching methods should proceed by small steps, where students get feedback before advancing to the next level or question. He proposed a method comparable to tutoring children one-on-one.

The Technology of Teaching (1968) was adapted by some educators as the ideal, prescient model to employ when using computers to connect to their students via the World Wide Web. Other books include Verbal Behavior (1975), Beyond Freedom and Dignity (1971), About Behavioralism (1974), and three autobiographical volumes. An atheist, he was named Humanist of the Year by the American Humanist Association in 1972 and was inducted in 2011 into the Committee for Skeptical Inquiry's Pantheon of Skeptics. He died at age 86 in Cambridge, Mass. (D. 1990)

“My Grandmother Skinner made sure that I understood the concept of hell by showing me the glowing bed of coals in the parlor stove. In a traveling magician's show I saw a devil complete with horns and barbed tail, and I lay awake all that night in an agony of fear. Miss Graves [a teacher], though a devout Christian, was liberal. She explained, for example, that one might interpret the miracles in the Bible as figures of speech. ... Within a year I had gone to Miss Graves to tell her that I no longer believed in God. 'I know,' she said, 'I have been through that myself.' But her strategy misfired: I never went THROUGH it.”