There are 3 entries for this date: Robert Owen , Erwin Chemerinsky and Robyn Blumner 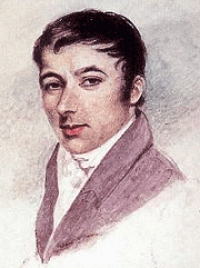 On this date in 1771, reformer and philanthropist Robert Owen was born in Newtown, Wales. He became known as "a capitalist who became the first Socialist." Owen started work as a clerk at age 9. With help from a sympathetic cloth merchant to whom he was apprenticed, Owen educated himself. He was an unbeliever by 14, influenced by Seneca, and his acquaintance with chemist John Dalton and Samuel Taylor Coleridge.

By 18, Owen established a small spinning mill in Manchester. In 1799 he married Ann Dale, the daughter of a Glasgow cotton manufacturer, purchasing his father-in-law's New Lanark mills in Scotland. Owen set out to put his humanitarian creed into practice and turned New Lanark into a model community attracting the attention of reformers around the world.

Owen set up the first infant school in Great Britain and a three-grade school for children under 10. He appealed to the government and other manufacturers to follow his lead but was rebuffed by clergy-led opposition when his views on religion became widely known. At an 1817 public meeting calling for "villages of unity and cooperation," living wages and education of the poor at the City of London Tavern, Owen called "all religions" false.

He sought to limit hours for child labor in mills in 1815 and saw passage of a watered-down Factory Act in 1819. Owen's Essays on the Principle of the Formation of Human Character (1816) were his major treatises, in which he advised, "Relieve the human mind from useless and superstitious restraints."

He founded New Harmony, a model settlement in Indiana in 1825-28, a failed venture which he signed over to his sons Robert Dale and William Owen. Owen wrote Debate on the Evidences of Christianity (1829). Owen founded The Economist in 1821 to promote his progressive views and The New Moral World in 1834, along with an ethical movement called "Rational Religion."

His "Halls of Science" attracted thousands of nonreligious followers ("Owenites") and the trade unions. Owen founded several other publications. His autobiography was published in 1857-58. Joseph McCabe called him "the father of British reformers, and one of the highest-minded men Britain ever produced." (Biographical Dictionary of Modern Rationalists, 1920.) D. 1858.

“Finding that no religion is based on facts and cannot therefore be true, I began to reflect what must be the condition of mankind trained from infancy to believe in errors.”

—Owen, "Evidences of Christianity: A Debate with Alexander Campbell and Robert Owen" (1829)

Chemerinsky was elected in April 2016 to the American Academy of Arts and Sciences. His areas of expertise are constitutional law, federal practice, civil rights and civil liberties and appellate litigation. He's the author of eight books, including The Case Against the Supreme Court (2014) and The Conservative Assault on the Constitution (2010) and has had over 200 articles published in top law reviews and journals.

In January 2014, National Jurist magazine named him the most influential U.S. legal educator. (He finished second to Cass Sunstein in 2015.) In 2014, FFRF named him a Champion of the First Amendment, an award he accepted at FFRF's national convention in Los Angeles. His convention speech was titled “The Vanishing Wall Separating Church and State."

"The thesis of my remarks is a simple one: Now more than ever, we need the Freedom From Religion Foundation. In 1947 in Everson v. Board of Education, the Supreme Court held that the Establishment Clause of the First Amendment applies to state and local governments. All nine justices believed that the Establishment Clause was meant to create a wall that separates church and state. Now for the first time since 1947, a majority of the court rejects that notion. We have a Supreme Court that is hostile toward freedom from religion."

On this date in 1961, Robyn Ellen Blumner was born in New York City. She grew up in Glen Cove and graduated from Cornell University with a B.S. in industrial and labor relations in 1982 and from the New York University School of Law in 1985. She worked as a labor lawyer in New York and volunteered for the American Civil Liberties Union after graduation, becoming executive director of the Utah ACLU from 1987 to 1989 and the Florida ACLU from 1989 to 1997.

She worked as a columnist from 1998 to 2014 for the St. Petersburg Times (later the Tampa Bay Times) in Florida and served as a member of the editorial board. Her weekly column was nationally syndicated by Tribune Media Services. Blumner often wrote about issues of civil liberties, workers' rights and the separation of church and state. Blumner openly declared her atheism in several of her columns. She was awarded the Freedom From Religion Foundation's Emperor Has No Clothes Award in 2004 for her plain speaking on religion and the First Amendment.

In  2014 Blumner joined the Richard Dawkins Foundation for Reason and Science as executive director. After the 2016 merger of the Dawkins Foundation with the Center for Inquiry, Blumner took over from Ronald Lindsay as CEO and president of CFI. She is married and lives in Washington, D.C.

“My faith is in mankind and the marvels accomplished by human ingenuity and drive. Why that makes me a pariah to [Tampa City Council member Kevin] White and others like him is beyond my ken. It certainly says more about them than me.”