There are 3 entries for this date: Ivan Turgenev , Robert Dale Owen and Carl Sagan 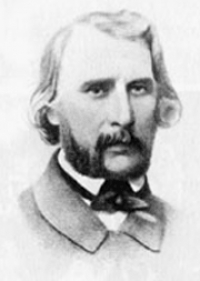 On this date in 1818, Russian novelist Ivan Turgenev was born in Oryol, Ukraine, Russia, to a noble family. His mother never spared the whip with Ivan or their 5,000 serfs. He was educated at the universities of Moscow, St. Petersburg and Berlin. He published poetry and short stories, then Papers of a Sportsman (1852), whose empathetic rendering of the plight of serfs reportedly influenced the czar to liberate them. Turgenev spent a month in detention for writing Letter on Gogol, then was exiled to his estates for 18 months.

He and Tolstoy had a tense but long-term acquaintanceship, with rationalist Turgenev spurning Tolstoy's "charlatanism," convinced that Russia's salvation lay in its industry, not its mysticism. Turgenev's stories and novellas increasingly employed realism. The hostile reaction to his novel Fathers and Sons sent Turgenev into exile. After living in Germany and London, he spent the rest of his life in Paris.

Turgenev coined the word nihilist: "A nihilist is a man who does not bow to any authorities, does not take any principles on trust, no matter with what respect that principle is surrounded." Rationalism pervaded his works. "[Turgenev] was a Freethinker, and detested the apparatus of religion very heartily," according to Pavlovsky's Souvenirs sur Tourgenief (1887). D. 1883.

“Whatever a man prays for, he prays for a miracle. Every prayer reduces itself to this: Great God, grant that twice two be not four.” 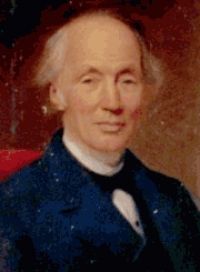 On this date in 1801, Robert Dale Owen, oldest son of Robert Owen, was born at New Lanark, Scotland, his reformer father's settlement. When his father bought a town in Indiana for $30,000 to experiment with a model community, Robert accompanied him to New Harmony, where he edited the New Harmony Gazette, with strong freethought overtones. Although the community failed within three years, it became known as a center for advances in education and scientific research. Residents established the first free library, a civic drama club and a public school system open to men and women.

After his father returned to Great Britain, Owen became a naturalized U.S. citizen. He worked with Frances Wright on many reforms and enterprises, including abolition, women's rights, pacifism, editing The Free Enquirer and helping found the Working Men's Party. In 1835 Owen was elected to the Indiana Legislature and in 1843-47 served in the U.S. House of Representatives, where he played a key role in promoting public education, in part by supporting the founding of the Smithsonian Institution.

Owen represented the U.S. as a diplomat in Naples for several years. On Sept. 17, 1862, he wrote President Lincoln to urge him to use his power to end slavery. Five days later, Lincoln issued the Emancipation Proclamation. To the concern of fellow freethinkers, Owen toyed with the spiritualism movement but was eventually disillusioned by it. His books include several on abolitionism and his autobiography Threading My Way (1874).

He married Mary Jane Robinson before a justice of the peace In New York City in 1832. After an extended trip to Europe, they relocated to New Harmony and had six children. His wife died in 1871 and he married Lottie Walton Kellogg in 1876, a year before he died.

"For a century and a half, then, after Jesus' death, we have no means whatever of substantiating even the existence of the Gospels, as now bound up in the New Testament. There is a perfect blank of 140 years; and a most serious one it is."

—"Discussion on the Existence of God, and the Authenticity of the Bible" by Robert Dale Owen and Origen Bacheler (1833) 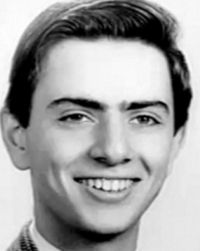 On this date in 1934, scientist Carl Edward Sagan was born in Brooklyn, N.Y., to Samuel and Rachel (Gruber) Sagan. Samuel was born in what is now Ukraine and Rachel in New York City. Sagan had his bar mitzvah at age 13 in a Reform synagogue. After earning bachelor and master's degrees at Cornell University, he earned a Ph.D. at the University of Chicago in 1960. After teaching and being denied tenure at Harvard, he became a professor of astronomy and space science and director of the Laboratory for Planetary Studies at Cornell, where he worked until his death.

A great popularizer of science, Sagan produced the PBS series "Cosmos," which won Emmy and Peabody awards and was watched by 500 million people in 60 countries. A book of the same title came out in 1980. Sagan was author, co-author or editor of 20 books, including The Dragons of Eden (1977), which won a Pulitzer, Pale Blue Dot (1995) and The Demon-Haunted World: Science as a Candle in the Dark (1995), his hardest-hitting on religion. With his third wife, Ann Druyan, he was co-producer of the popular motion picture "Contact" (1997), which featured a feminist, atheist protagonist played by Jodie Foster. He played a leading role in NASA's Mariner, Viking, Voyager and Galileo expeditions to other planets.

Druyan, in the epilogue to Sagan's last book, Billions and Billions: Thoughts on Life and Death at the Brink of the Millennium (published posthumously in 1997), gives a moving account of his last days: "Contrary to the fantasies of the fundamentalists, there was no deathbed conversion, no last-minute refuge taken in a comforting vision of a heaven or an afterlife. For Carl, what mattered most was what was true, not merely what would make us feel better. Even at this moment when anyone would be forgiven for turning away from the reality of our situation, Carl was unflinching."

After suffering from bone marrow cancer and receiving three marrow transplants from his sister Carol, his sole sibling, he died from pneumonia at age 62. (D.1996)

“If some good evidence for life after death were announced, I'd be eager to examine it; but it would have to be real scientific data, not mere anecdote. As with the face on Mars and alien abductions, better the hard truth, I say, than the comforting fantasy. And in the final tolling it often turns out that the facts are more comforting than the fantasy.”