There are 2 entries for this date: Anatole France and Charlie Chaplin 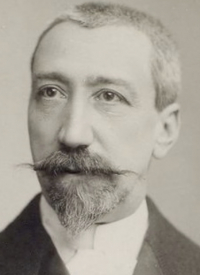 On this date in 1844, Anatole France (né François-Anatole Thibault) was born in Paris. A lifelong atheist, France was known for his anti-clericalism. France was a journalist, poet and writer whose breakthrough novel, The Crime of Sylvestre Bonnard (1881) centered around a skeptical scholar, perhaps modeled after the author himself. It was awarded a prize from the French Academy. France's style, dry and ironic, was modeled in part on Voltaire and influenced by the French Enlightenment.

In 1905 he wrote a critical treatise, The Church and the Republic, which was instrumental in the campaign to disestablish the Catholic Church as the state religion. He served as an honorary president of the French National Association of Freethinkers. Penguin Island (1908) is France's irreverent tale about a nearsighted abbot who baptizes penguins by mistake. In The Revolt of Angels (1914), France revisits Milton's "Paradise Lost." France depicted an angel leading a revolt after being influenced by the writings of Lucretius. With other writers, France came to the defense of Alfred Dreyfus, a Jewish captain falsely indicted for treason, and was a voice for reform.

His collection of aphorisms is called The Garden of Epicurus. France was awarded the Nobel Prize in Literature in 1921 "in recognition of his brilliant literary achievements, characterized as they are by a nobility of style, a profound human sympathy, grace, and a true Gallic temperament." D. 1924.

“The thoughts of the gods are not more unchangeable than those of the men who interpret them. They advance — but they always lag behind the thoughts of men. ... The Christian God was once a Jew. Now he is an anti-Semite.”

—France letter to the Freethought Congress in Paris (1905), cited by Joseph McCabe in "Biographical Dictionary of Modern Rationalists" 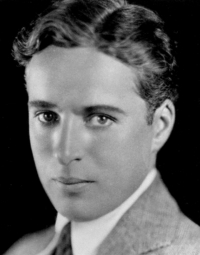 On this date in 1889, actor and film director Charles Spencer Chaplin was born in London. Abandoned as a toddler by his vaudeville father, he and a brother largely grew up in workhouses due to the instability of their actress mother. By age 10 he had entered the vaudeville circuit. His first trip to America was in 1910.

A beloved figure, he was admired by many prominent freethinkers, including George Bernard Shaw and Bertrand Russell. In 1919 he co-founded United Artists films with D.W. Griffith, Mary Pickford and Douglas Fairbanks. His fourth wife, Oona O'Neill, was the daughter of playwright Eugene O'Neill. Public sentiment turned against him after a paternity suit in the 1940s and his marriage in 1943 to O'Neill when she was 18 and he was 54. They remained married until his death and had eight children over 18 years.

Although Chaplin had never belonged to the Communist Party, J. Edgar Hoover managed to collect a nearly 2,000-page dossier on him. He was denied reentry to the U.S. in 1952 and settled in Switzerland. He received a special Oscar in 1972. He died of a stroke at age 88. (D. 1977)

“In Philadelphia, I inadvertently came upon an edition of Robert Ingersoll's Essays and Lectures. This was an exciting discovery; his atheism confirmed my own belief that the horrific cruelty of the Old Testament was degrading to the human spirit.”