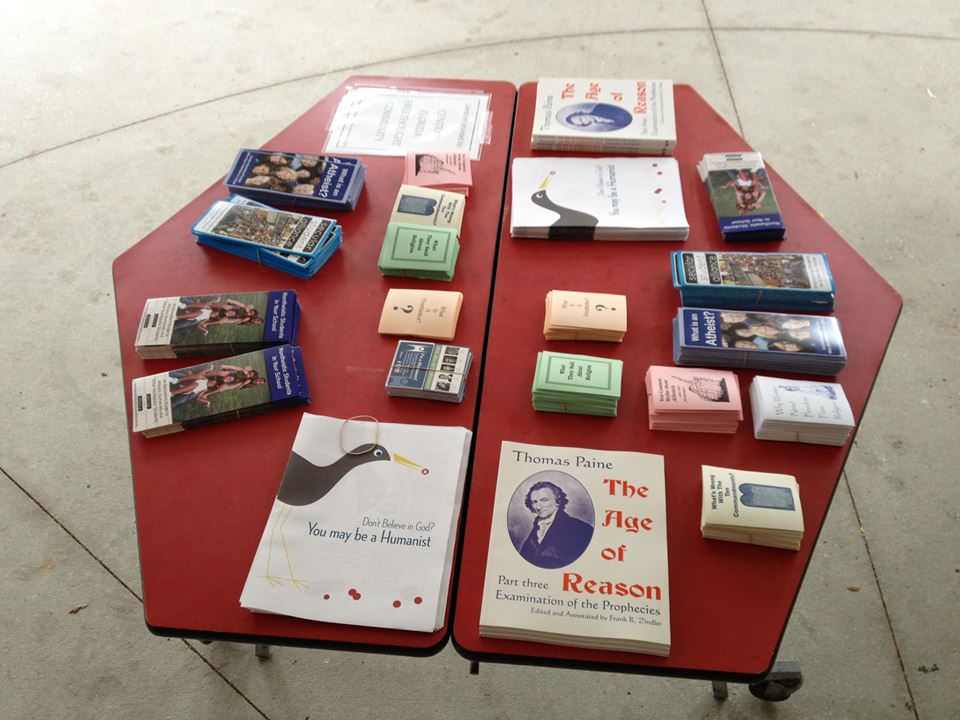 The Freedom From Religion Foundation filed a lawsuit June 12, 2013, in U.S. District Court in Florida against the Orange County School Board in Orlando for censoring distribution of freethought materials while allowing unfettered distribution of the Christian bible. Plaintiffs are FFRF, its Co-Presidents Annie Laurie Gaylor and Dan Barker, and David Williamson, who heads the Central Florida Freethought Community, an FFRF chapter. While opposing literature distribution in public schools by outside groups, FFRF, its chapter and other area secular groups decided to counter a bible distribution by handing out nonreligious literature. The legal Complaint lists dozens of factual examples of how secular materials and secular volunteers were treated differently from the bible distributors, including prohibition based on viewpoint discrimination of much of its literature.

On May 12, 2014, FFRF asked the Court to rule that Orange County Schools violated the free speech rights and equal protection rights of the plaintiffs. The Motion for Summary Judgment includes an exhaustive appendix detailing how the District-approved Bible contained themes and content identical to plaintiffs' literature, but from a religious viewpoint. This proves that the District was prohibiting plaintiffs' speech because of its message, a violation of the free speech clause of the First Amendment.

In July, Judge Kendall Sharp of the U.S. District Court for the Middle District of Florida dismissed FFRF’s free speech case against the Orange County School District because the district agreed to let FFRF distribute all of the literature it had previously prohibited. Read more about this victory here.

Orange County's decision means that any group wishing to distribute materials should be allowed into the schools. In September, The Satanic Temple asked Orange County for permission to distribute its literature in the public schools as well.

The district suspended the planned 2015 distribution in the wake of the FFRF and the Satanic Temple's requests to hand out literature to students.  In February 2015, the district banned all religious distributions, which is exactly what FFRF asked for in our first letters to the district. Had the district listened, it could have saved $86,000 and two years of legal wrangling. As a result of all this, the 11th Circuit dismissed the remaining procedural issues and FFRF considers this case resolved.