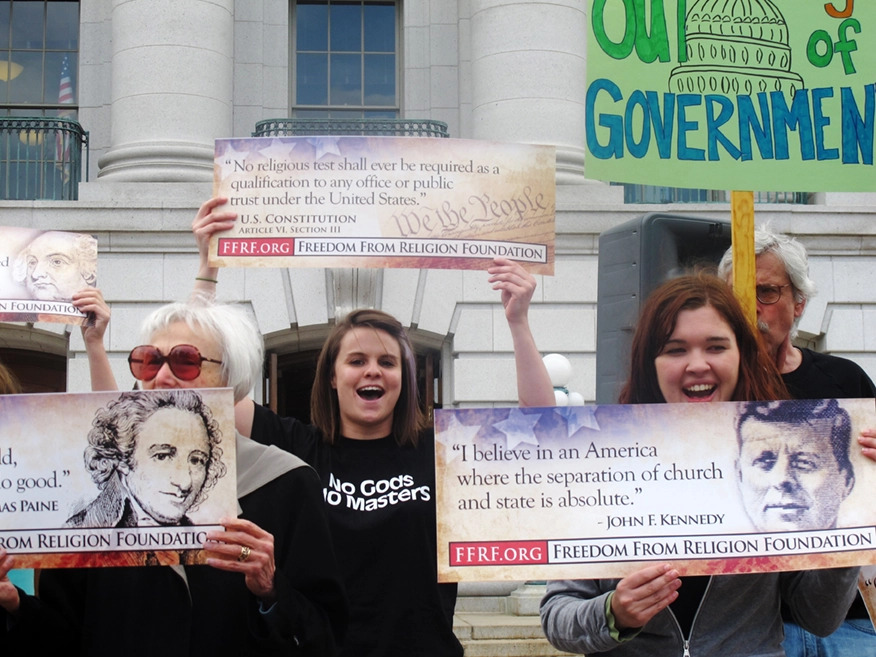 Other court victories include:

To read about these lawsuits, victories and ongoing litigation, as well as FFRF's substantial accomplishments ending state/church violations without going to court, see the links at right, "In This Section."