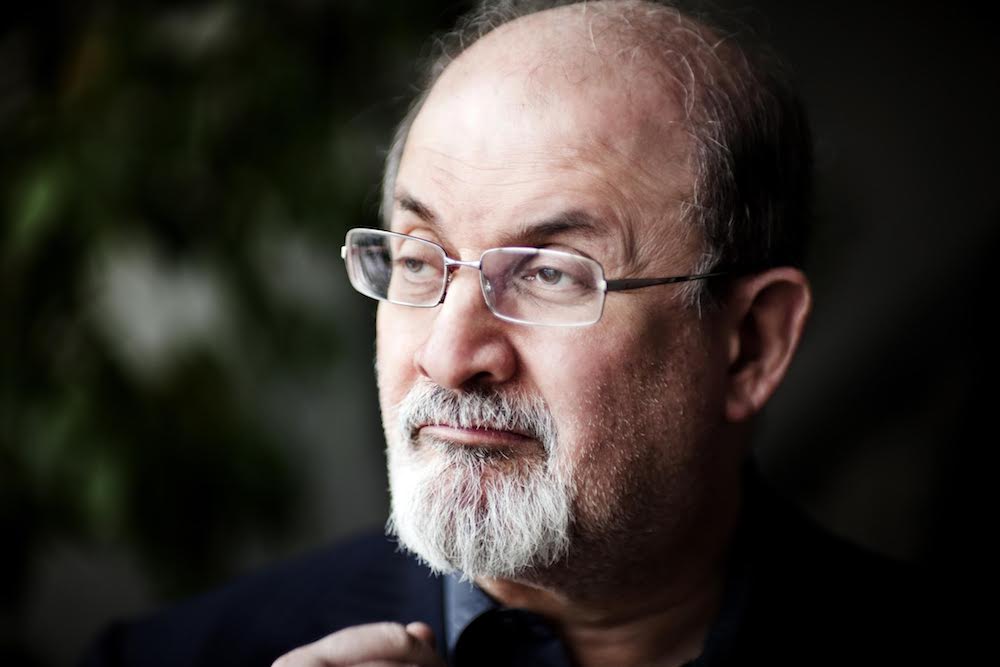 One of the most renowned authors and iconoclasts of our era is headlining the Freedom From Religion Foundation's annual convention in San Francisco in early November.

Salman Rushdie has achieved worldwide fame both as a writer and as a resolute defender of freethought and free speech. He will be speaking Friday afternoon at FFRF's 41st national convention in the Golden Gate City on the weekend of Nov. 2-4.

Rushdie has been formally knighted by Queen Elizabeth and has been ranked among the greatest writers of modern times. He has received several international honors.

Rushdie's many novels and nonfiction writings include "The Moor's Last Sigh," "The Ground Beneath Her Feet," "The Enchantress of Florence" and "Step Across This Line." He's best known for his masterpiece of magical realism: "Midnight's Children," a saga of modern-day India. It not only won the Booker Prize, but also, on two separate occasions, the "Best of the Booker", i.e., the best-ever work to have received the Booker. Rushdie has also written novels for children, such as "Luka and the Fire of Life" and the highly acclaimed "Haroun and the Sea of Stories." His latest works are "Two Years Eight Months and Twenty-Eight Nights," a New York Times best-seller, and, most recently, "The Golden House," a depiction of current-day U.S. society and politics.

But it is his fourth novel, "The Satanic Verses" (1988), that brought him to the attention of freethinkers. Its controversial treatment of the origins of Islam led Iran's Ayatollah Khomeini to issue a fatwa on Feb. 14, 1989, calling for Rushdie's death. Rushdie had to go into hiding under police protection, a difficult time he dealt with in his memoir "Joseph Anton." "The Satanic Verses" was banned in several countries and engendered worldwide protests, some of them violent. A number of people associated with the book were severely harmed.

Rushdie's experiences have made him an active proponent of freethought. He is an advisory board member of the Secular Coalition of America and a patron of Humanists UK.

"Battle lines are being drawn today," he once remarked, quoting one of his characters. "Secular versus religious, the light verses the dark. Better you choose which side you are on."

The Freedom From Religion Foundation is delighted to welcome him at its get-together in San Francisco.

"Salman Rushdie is one of our foremost living writers, as well as an ardent advocate of secular thinking," says FFRF Co-President Dan Barker. "It will be a treat for all our members to get to see him in person."

Convention registration, always a deal, is only $60 per member, $65 per companion, $110 non-member, and free for students and children. The convention is being held at the beautiful downtown Hyatt Regency, which has the world's largest hotel lobby and rooms featuring floor-to-ceiling windows. Room can be reserved for Thursday, Friday and Saturday nights at $235 plus tax.

The Freedom From Religion Foundation, a national nonprofit organization based in Madison, Wis., is the largest U.S. association of freethinkers, representing over 33,000 atheists, agnostics, and other freethinking American citizens.