There are 4 entries for this date: Alfred Naquet , Emily Palmer Cape , Matthew Sweet and John McWhorter 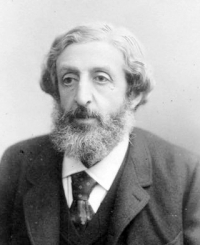 On this date in 1834, physician and politician Alfred Joseph Naquet was born in France. After obtaining a medical degree, he studied chemistry and was a professor of chemistry at Palermo from 1863 to 1866. He was sentenced to 15 months in prison upon his return to Paris when he propounded radical Garibaldian views. After Naquet's book Religion, Propriete, Famille (Religion, Property, Family) was published in 1869, he was returned to prison for four months and fined 500 francs.

Naquet sought refuge in Spain but after the Revolution of 1870 returned to France. He served in the Chambre from 1871-82, championing the cause of divorce reform (divorce had been abolished in France in 1816). He ultimately saw passage of his bill for a rational divorce law as a senator, the achievement for which he is largely remembered. D. 1915. 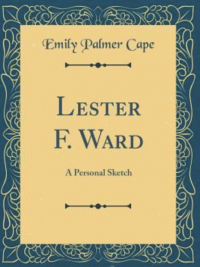 On this date in 1865, sociologist Emily Cape (née Palmer) was born to wealthy parents in New York City. She was the first woman admitted to Columbia University and also attended Barnard College and the University of Wisconsin. She studied sociology with Lester Frank Ward, who is sometimes called the father of American sociology. Cape became his editing assistant while he worked on his multi-volume Glimpses of the Cosmos (first volume published in 1913). She married Henry Cape in 1890 and had two children.

"Like Professor Ward, she is an Agnostic and an ardent humanitarian," historian Joseph McCabe wrote in 1920 (A Biographical Dictionary of Modern Rationalists). Cape founded a School of Sociology in New York and was a member of the American Sociological Society and the Rationalist and Positivist Societies of London. Her books include Oriental Aphorisms (1906), Fairy Surprises for Little Folks (1908) and Lester F. Ward: A Personal Sketch (1922).

As a 60-year-old, Cape undertook a cruise around the world in 1926-27. In her 278-page journal describing tours in Japan, Thailand, India and Egypt, she commented upon some "ignorant" priests on board: “No wonder their 'flocks' are 'low in education.' "

"Cape was not your average socialite; she was an agnostic, a freethinker, and a self-described 'suffragist.' " 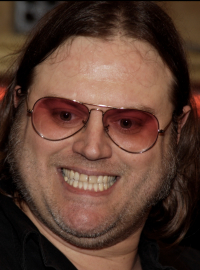 In 2010, playwright Todd Almond made "Girlfriend" into a rock musical. His songs have been included in numerous television and film soundtracks. He also makes and sells pottery and owns the Lolina Green Pottery Studio. He lives in Omaha with his wife Lisa.

When asked by The Onion in 2000 if he believed in God, Sweet replied that he believes in nature: "I don’t think there’s a God like the God everybody’s taught about.” In 1991 he recorded “Divine Intervention,” which Slant magazine in 2004 called “the most melodic paean to agnosticism ever written.” In a 2016 interview with Magnet magazine, Sweet said, "People see what they want in 'Divine Intervention.' If they’re religious, they might think, 'Awesome. That’s when God comes.' But I was saying that he’s not. I was coming out as an atheist, in a way."

I've spent twenty years learning to live
In a world that takes back all that it gives
But I do not want a war
'Cause I'm not in for killing another man
Defending my holy land
As if there's a god who would understand. 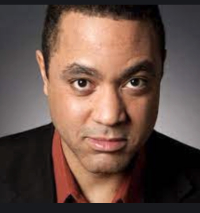 On this date in 1965, linguist and author John Hamilton McWhorter V was born in Philadelphia to Schelysture (Gordon) and John McWhorter IV. His mother was a social work professor at Temple University and an active Quaker. His father was a college administrator. He and his sister Holly grew up "in a house full of books" in Philadelphia and attended Friends Select School. He earned a B.A. in French in 1985 from Rutgers University, an M.A. in American studies from New York University and a Ph.D. in linguistics in 1993 from Stanford University.

He held associate professor of linguistics positions at Cornell University from 1993 to 1995 and at the University of California-Berkeley from 1995 until 2003, when he joined the Manhattan Institute for Policy Research, a conservative think tank. He started teaching contemporary civilization at Columbia University in 2008 as an adjunct professor in the department of English and comparative literature, where much of his academic work concerned creole languages and the effects of second language acquisition on a language.

He is fluent in English, French and Russian and can read seven languages. He's written over 20 books on race and language, including "The Power of Babel: A Natural History of Language," "Losing the Race: Self Sabotage in Black America" and "Our Magnificent Bastard Tongue: The Untold History of English." He also contributes regularly to various periodicals and other media and writes a New York Times newsletter.

In his book "Woke Racism: How a New Religion Has Betrayed Black America" (2021), he argues  forging identity around victimhood is wrong and infantilizes people. He believes affirmative action should be based on class, not race, and that their attitudes hold Blacks back as much if not more than white racism. He's faced stiff criticism outside conservative circles for his insistence that so-called critical race theory and cancel culture are a problem in academia and in public schools.

He also teaches music history and has written extensively about music's various forms, including opera, blues, rap and hip-hop culture. "But always, and forever, Sondheim has been my favorite. His work centers the genre for me — everything is either before or after him — and is one of my favorite things on Earth."(New York Times, Nov. 30, 2021) McWhorter, who plays piano, says, “Classical music has no significant place in modern American culture today. Nobody is going to come out and play a cello solo on Jimmy Fallon, so students don’t know what the joy of classical can be,” (Columbia College Today, Summer 2017)

While he is not religious, he doesn't dismiss "the reams of profound, cosmopolitan close reasoning that theology has produced over the millennia, nor is to dismiss devout people as unintelligent. Rather, it would seem to me that religious belief requires a person to sequester a part of their cognition for a kind of belief that is not based on logic." ("It Bears Mentioning" blog, June 25, 2021)

Asked to list which three scholars, dead or alive, he would invite to a dinner party, he named Stephen J. Gould, W.E.B. Dubois and Camille Paglia. (Columbia News, Jan. 20, 2022).

McWhorter and his former wife have two daughters. He has called his home in the Jackson Heights neighborhood of Queens "one of the most linguistically diverse places on earth."

"I am, indeed, an atheist. Not an agnostic, but an atheist. And I openly admit that religious commitment perplexes and sometimes even irritates me. It’s partly a matter of personal history."