There are 5 entries for this date: Giuseppe Garibaldi , Kay Nolte Smith , Declaration of Independence Adopted , Christopher Cameron and Stephen Foster 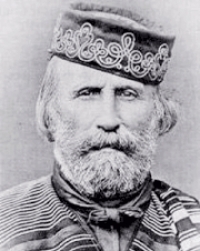 On this date in 1807, Giuseppe Garibaldi was born in Nice, France. Although his father wanted him to be a priest, Garibaldi set out to sea as a youth. He took part in the conspiracy of 1834, for which he was forced to flee from Italy. After adventurous travels, the famed Italian patriot took a major role in work to emancipate Italy from outside rule. After the failed revolution of 1848, he traveled to America. He returned with a band of revolutionaries in 1859, then again in 1862 and 1870. He was elected to the Italian Parliament in 1872. Garibaldi called the Vatican "the Sacred Shop" and rejected all creeds. D. 1882.

“Dear Friends, Man has created God; not God man. Yours ever, Garibaldi.”

—Garibaldi letter, 1880. Cited by Joseph McCabe in "A Biographical Dictionary of Modern Rationalists" 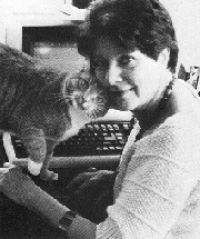 On this date in 1932, Kay Nolte Smith was born in Minnesota. She received her B.A. from the University of Minnesota in 1952 and her master's degree in theater and speech from the University of Utah in 1955. She married Philip Smith in 1958. She and her husband went into professional theater, co-producing Ayn Rand's "Penthouse Legend." She made TV commercials, performed off Broadway for a decade, joined several faculties as a teacher, then turned her energies to writing. Her first novel, Watcher (1980), won the Edgar Allan Poe award, followed by Mindspell (1983), Country of the Heart (1988) and Tale of the Wind (1991). Mindspell delved into the colonial witch hunts.

After her research for Mindspell, Smith asserted that records of that heinous time should be "mandatory reading in every Sunday school. This is what made me an atheist. Consider how deeply witch craze was rooted in religion. The papal sanction was not abolished for six centuries. How can anyone belong to a church that treated its members this way?" (Feminist Connection interview, December 1983). D. 1993.

“The tragedy is that every brain cell devoted to belief in the supernatural is a brain cell one cannot use to make life richer or easier or happier.” 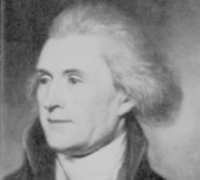 On this date in 1776, Thomas Jefferson's "Declaration of Independence" was adopted, after a vote approving it on July 2. Its secular purpose was to "dissolve the political bands," and it inaugurated the anti-biblical idea that "governments are instituted among men, deriving their just powers from the consent of the governed." Jefferson was a Deist who was highly critical of Christianity, and whose revolutionary document made references to a "Nature's God." 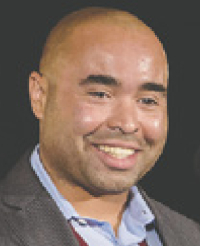 On this date in 1983, historian Christopher Cameron was born on a U.S. Army base in Heidelberg, Germany, where his mother Sylvie Cameron was stationed. The oldest of five children, he grew up primarily in New Hampshire, where his Catholic and French-Canadian family had migrated to in the early 1960s.

What little religious upbringing he had revolved mostly around attending midnight Mass on Christmas Eve or Mass on Easter. That changed soon after he was incarcerated in 2001 on multiple drug charges and he became a born-again Christian, although after release he rarely if ever attended church.

Studying the works of Jiddu Krishnamurti, Daniel Dennett, Richard Dawkins and other philosophers and secular writers during his years in graduate school led to his embrace of atheism. He received his B.A. in history from Keene State College in New Hampshire and his M.A. and Ph.D. in American history from the University of North Carolina at Chapel Hill.

He's the author of "To Plead Our Own Cause: African Americans in Massachusetts and the Making of the Antislavery Movement" (2014) and "Black Freethinkers: A History of African American Secularism" (2019). He co-edited "New Perspectives on the Black Intellectual Tradition" (2018) and "Race, Religion, and Black Lives Matter: Essays on a Moment and a Movement" (2021).

Cameron lives in Charlotte with his wife Shanice, his oldest child Cassidy and his twins Caleb and Callie. His speech to FFRF's 2021 convention attendees is here.

“Despite views of Blacks as naturally religious, freethought has been a vital and significant component of Black culture and politics since the 19th century.” 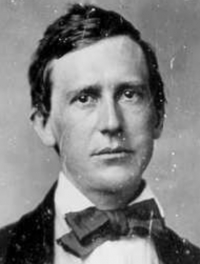 On this date in 1826, Stephen Collins Foster was born in Lawrenceville, Pa. Foster wrote the first great American popular songs and is remembered as the “father of American music.” He received little formal musical education and taught himself music composition and song writing. He was the first American songwriter to support himself from music sales, propelling the industry in its infancy. He produced a body of songs that have been remembered and sung longer than the works of any other American songwriters.

His most famous songs include “Oh Susanna,” “Camptown Races,” “Old Folks at Home,” and “My Old Kentucky Home.” Irving Berlin honored Foster by quoting part of “Swanee River” in his first hit, “Alexander’s Ragtime Band” (he had a picture of Foster on his office wall). George Gershwin paid him a similar tribute with his first hit song, “Swanee.”

Little is known of Foster’s inner religious views, but he lived and worked as if he were not a believer. A nonconformist, he never joined a church and rarely attended services. The songs that he chose to write of his own volition were purely secular. Toward the end of his life he accepted an assignment writing Sunday school songs. He hadn’t found God, but he had found a publisher. The songs were part of an endeavor to indoctrinate children with “catchy” music, sometimes setting religious words to secular melodies.

Foster married Jane Denny MacDowell in 1850 and they had one child together, Marion. Foster earned only small commissions on even his best-selling work and because there were no copyright laws, he never was given his fair share from publishers and died with only 38 cents in his pocket. (D. 1864)

Shameful rivalries of creed
Shall not make the martyr bleed,
In the good time coming.
Religion shall be shorn of pride,
And flourish all the stronger;
And Charity shall trim her lamp;
Wait a little longer.

Compiled by Sarah Eucalano from “The Good Atheist: Living a Purpose-Filled Life Without God” by Dan Barker (2011)