There are 2 entries for this date: Richard Feynman and Irving Berlin 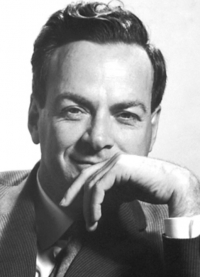 On this date in 1918, Richard Phillips Feynman was born in New York City. His parents were Lithuanian Jews. Feynman, with two other scientists, won the Nobel Prize in Physics in 1965 for his work in quantum electrodynamics. He received his undergrad degree from MIT in 1939 and his Ph.D. from Princeton in 1942. He worked at Los Alamos National Laboratory in New Mexico as part of the nuclear Manhattan Project, then became a professor at Cornell from 1945-50.

He became professor of theoretical physics at California Institute of Technology in 1950. When Physics World polled scientists asking them to rank the greatest physicists, Feynman was rated seventh, behind Galileo. He was a writer and personality as well. His first popular book was Surely You're Joking, Mr. Feynman!: Adventures of a Curious Character (1985). His academic classic was the three-volume Lectures on Physics.

His sister Joan once said, "If you wanted to have a good party, you had Richard there." (Los Angeles Times, Dec. 2, 2001.) In What Do You Care What Other People Think?: Further Adventures of a Curious Character (1988), Feynman said he gradually came to disbelieve the whole religion of Judaism as a teenager.

Feynman was first treated for stomach cancer in 1978. He made headlines after being appointed to a commission investigating the 1986 Challenger shuttle disaster, when he figured out and demonstrated what went wrong with the O-rings. D. 1988.

"One time, when I wasn't there, somebody nominated me for president of the youth center. The elders began getting nervous, because I was an avowed atheist by that time."

—"What Do You Care What Other People Think?: Further Adventures of a Curious Character" (1988) 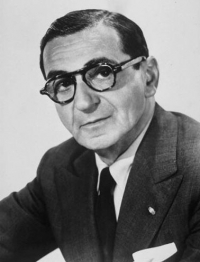 On this date in 1888, Irving Berlin (né Israel Baline) was born in Russia. He immigrated with his family to New York City at age 5. After his first wife died, Berlin, at 37, eloped with 22-year-old Ellin Mackay, a socialite and Roman Catholic, in a secular, civil ceremony. Her father disinherited her for marrying outside the faith. All three of their children shared "our father's agnosticism and sidestep our husband's faiths," his daughter Mary Ellin Bennett wrote in her book, Irving Berlin: A Daughter's Memoir.

The celebrated composer of 1,500 popular songs wrote "God Bless America" as a show tune in 1918 for the musical " Yip, Yip Yaphank," but discarded it. He later revived and revised it when Kate Smith was looking for a peace anthem to sing in 1938. His daughter wrote that her father was "not a religious person" and opposed the drive to turn "God Bless America" into the national anthem.

As Thousands Cheer biographer Laurence Bergreen wrote: " 'God Bless America' revealed that patriotism was Irving Berlin's true religion. It evoked the same emotional response in him that conventional religious belief summoned in others; it was his rock." One of Berlin's lesser-known songs reveals his irreverent side, the rollicking "Pack Up Your Sins and Go to the Devil in Hades." D. 1989.

"Paradise doesn't compare.
All the nice people are there
They come there from everywhere
Just to revel with Mister Devil."