There are 1 entries for this date: Stephen J. Gould 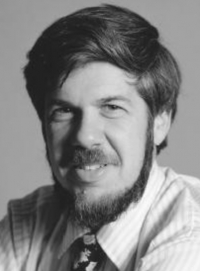 On this date in 1941, paleontologist and author Stephen Jay Gould was born in New York City. He graduated from Antioch College with a degree in geology in 1963 and earned his Ph.D. from Columbia University in 1967. The evolutionary biologist, a professor of geology and zoology at Harvard was named Alexander Agassiz Professor of Zoology in 1982.

Gould was Discover magazine's 1981 "Scientist of the Year" and was even cartoonized in "The Simpsons" TV show. His book The Mismeasure of Man (1982) won the National Book Critics' Circle Award. He was known for his popular scientific essays in Natural History magazine, most of which were collected in book form, including Ever Since Darwin: Reflections in Natural History (1980), The Panda's Thumb (1981), which won the 1981 American Book Award for Science, Hen's Teeth and Horse's Toes (1983) and Wonderful Life (1990). His last book, The Structure of Evolutionary Theory, was a 1,433-page opus that he began when he was first diagnosed with cancer in 1982.

Gould advanced, with Niles Eldredge, the evolutionary theory of "punctuated equilibrium" (dubbed "evolution by jerks" by some), postulating long periods of evolutionary stability interrupted by spurts of evolutionary change. He was nicknamed "the bulldog of evolutionary biology" for his commitment to popularizing the understanding of evolution. His field of research was invertebrate paleontology specializing in land snails.

Gould was a humanist laureate in the Council for Secular Humanism's International Academy of Humanism. In his 1999 book Rocks of Ages: Science and Religion in the Fullness of Life, Gould argued that science and religion do not need to be in conflict ("non-overlapping magisteria"), an argument that was controversial with some scientists and many freethinkers because it seemed to grant religion default authority over ethical questions. He died of metastasized lung cancer at age 60 in 2002.

“We are here because one odd group of fishes had a peculiar fin anatomy that could transform into legs for terrestrial creatures; because the earth never froze entirely during an ice age; because a small and tenuous species, arising in Africa a quarter of a million years ago, has managed, so far, to survive by hook and by crook. We may yearn for a 'higher answer' — but none exists.”