There are 3 entries for this date: Stephen Pearl Andrews , William Shatner and Stephen Sondheim 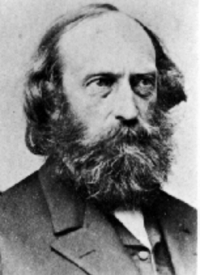 On this date in 1812, abolitionist Stephen Pearl Andrews was born in Templeton, Mass., the youngest of eight children of a Baptist minister and his wife. Andrews was educated at Amherst, studied law in Louisiana and moved with his bride to Houston with the intent to work to make Texas a "free" (anti-slavery) state. In 1843 he was mobbed and barely escaped with his life. He lectured against slavery in England, seeking help from the British Anti-slavery Society. By 1847 he had moved to New York, where he became an expert in phonography.

Reputedly studying more than 30 languages, Andrews was considered the leading Chinese scholar in the U.S. and published "Discoveries in Chinese" in 1854. According to freethought biographer Samuel Putnam, Andrews proposed a "unity of law in the universe," a principle he felt applied to science, philosophy and language. Accordingly, Andrews invented a universal language, "Alwato."

The prolific tract writer, whose diverse subjects ranged from "Love, Marriage and Divorce" to "Ideological Etymology," was a regular contributor to the leading freethought newspaper The Truth Seeker. He was also the author of several books on labor and wage theory and individualist anarchism. D. 1886.

—Andrews, "The Constitution of Government in the Sovereignty of the Individual" (1851) 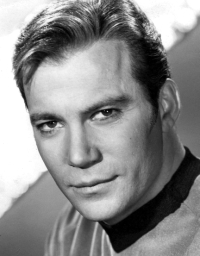 On this date in 1931, actor William Alan Shatner was born in Montréal, Québec, to Anne (née Garmaise) and Joseph Shatner, a clothing manufacturer. His maternal grandparents were Jewish immigrants, as was his father. His paternal grandfather Sheldon Schattner anglicized the family name to Shatner.

He studied economics at McGill University in Montreal, where he graduated with a bachelor of commerce degree in 1952, then joined the National Repertory Theatre in Ottawa, where he trained as a classical Shakespearean actor. He was an understudy to Christopher Plummer in "Henry V" and made his Broadway debut in 1956 in Christopher Marlowe's "Tamburlaine the Great."

In 1959, he received good reviews in the role of a British artist in Hong Kong in the Broadway production of "The World of Suzie Wong." His first feature film role came in MGM's "The Brothers Karamazov" with Yul Brynner in 1958. Following were roles in "Judgment at Nuremberg" (1961) and "The Intruder" (1962).

The early '60s featured his many episodic TV roles, but the role that made Shatner famous (and brought a star in 1983 on the Hollywood Walk of Fame) was as Capt. James T. Kirk of the USS Enterprise in Gene Roddenberry's "Star Trek." It became a marketing franchise and an obsession for Trekkies enamored of its various movie and television iterations stretching into the 21st century.

He wrote books, fiction and nonfiction, and recorded albums about "Star Trek" and continued to act on TV, including as police Sgt. "T.J. Hooker" in that series (1982–86). His career acting credits by 2022 totaled 247, and he made numerous guest appearances on talk shows.

Shatner recorded a wake-up call in 2011 that was played for the crew of the space shuttle Discovery docked at the International Space Station. Backed by the theme from "Star Trek," it featured a voice-over based on his introduction to the series' opening credits: "Space, the final frontier ..." He flew into suborbital space in October 2021 at age 90, becoming the oldest person to fly to space.

Asked in 2018 about his religious upbringing, Shatner said: "My father and mother had an observant religious life. They went to temple every Sabbath, prayed to God, and I was dragged along. I’m not religious, but I’m spiritual." (Sydney Morning Herald, Oct. 6, 2018)

"I probably am an animist,” he said, talking about the human-animal connection he wrote about as a longtime horse breeder in his book "Spirit of the Horse." (AP, June 16, 2017) "Emotionally I would like to believe there is a life after death. Intellectually ... I cannot accept the idea." (1968 interview with Bonnie Mallory, NBC-TV)

"My belief system is that when this is over, it's over. That you don't look down from heaven and wait for your loved ones to join you." 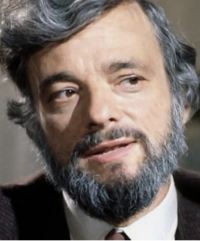 On this date in 1930, composer and lyricist Stephen Sondheim was born in New York City to nonreligious Jewish parents. "As for religious instruction, Stephen Joshua Sondheim received none at all. He never had a bar mitzvah ceremony, he knew nothing about the observances of the Jewish calendar, and he did not enter a synagogue until he was nineteen years old." (From "Stephen Sondheim: A Life" by Meryle Secrest, 1998)

He apparently hasn't spoken or written publicly about his personal religious views, but his song lyrics are perhaps a good indicator. New York Times theater critic Stephen Holden wrote in April 2010 that "Now You Know" (excerpted in quote below) encapsulates "Sondheim’s skeptical worldview as tartly as anything the composer has written."

Sondheim's father manufactured medium-priced dresses. His mother was the firm's designer. His fascination with the theater started at age 9 when his father took him to see the Broadway musical "Very Warm for May."  (Time magazine, Dec. 7, 1987) Composed by Jerome Kern with libretto by Oscar Hammerstein II, it was their last Broadway pairing and featured "All the Things You Are," which became an American standard.

After his parents divorced the next year, he moved with his mother to Pennsylvania, where Hammerstein was their neighbor. Serving as sort of a surrogate father, Hammerstein took him under his wing and helped inspire him to write music, critiquing his childish work and giving him invaluable pointers. Sondheim later majored in music at Williams College in Massachusetts and studied with composer Milton Babbitt.

His songs range from singable show tunes such as "Send in the Clowns" to densely lyrical, operatic pieces. "Complex polyphony" (independent melodies working harmoniously together) is a phrase applied to some of his work. At age 25 he wrote the lyrics for the musical "West Side Story."

Sondheim has been described as introverted and solitary. In an interview with Frank Rich, he said, "The outsider feeling — somebody who people want to both kiss and kill — occurred quite early in my life." He lived with dramatist Peter Jones for eight years in the 1990s. As of 2010 he was in a relationship with Jeff Romley. In a 2019 interview, Romley's friend Randy Rainbow, a satirical songwriter, referred to Romley as Sondheim's husband. They had married in 2017, it was later revealed.