There are 2 entries for this date: Christopher Marlowe and Alice Greczyn 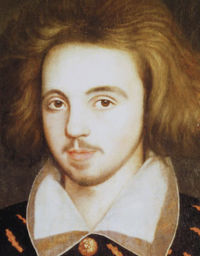 On this date in 1564, Christopher "Kit" Marlowe was born. The poet and dramatist, who authored "Tamburlaine" (c. 1587) and "Tragedy of Dr. Faustus" (c. 1588), was a contemporary of William Shakespeare. Educated at Cambridge, Marlowe worked as an actor and dramatist. One of his enduring poems is the "The Passionate Shepherd to His Love" with its opening line "Come live with me and be my love."

Marlowe, with Sir Walter Raleigh and others, established the first Rationalist group in English history, according to freethought historian Joseph McCabe. Marlowe was derided as an "atheist" by several contemporary political enemies. His character Faustus concludes "hell's a fable," and his villain-hero Tamburlaine burns the Quran and challenges Muhammad to "work a miracle." The Privy Council had decided to prosecute Marlowe for heresy, accusing him of writing a document denying the divinity of Christ, a few weeks before his death in a barroom brawl. There has been endless speculation over Marlowe's short life and violent death at age 29. D. 1593.

“[H]e counts religion but a childish toy,
And holds there is no sin but ignorance.” 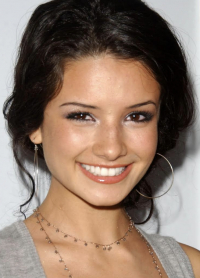 On this date in 1986, actress/writer Alice Hannah Meiqui Greczyn was born in Walnut Creek, Calif., to Jane and Ted Greczyn, the eldest of their five children. Her parents met at the University of California-Berkeley, where her dad was a campus police officer and her mother was a student. Both were very religious and raised the children as "Holy Roller-style" Pentecostals.

Church services were "very emotive, very falling to the floor, being 'slain in the spirit,' rolling around, shaking, praying in tongues, prophesying, massive outpours of laughter and crying," Greczyn recalled. (The Graceful Atheist podcast, March 9, 2021)

Her parents had served as missionaries in Thailand and Nepal before her dad took the  pastorship at a small Foursquare Gospel Church congregation in Rockford, Ill. Greczyn (pronounced Gretchen) and her siblings were home-schooled, not primarily for religious reasons but because their college-educated mother enjoyed teaching and the children's company. The regimen was "well-rounded" compared to other home-schooling she was familiar with, Greczyn said.

The family moved around a lot and was living in Longmont, Colo., when Greczyn was attending a community college and modeling in the Denver area. Her modeling connections led to an offer to relocate to Los Angeles, so she abandoned plans to become a missionary nurse, and with her her parents' support a month shy of turning 17, moved from the church's "purity culture" to L.A., "the American epicenter of hedonism." (FFRF's "Ask an Atheist," Feb. 17, 2021)

How wide the gulf was became apparent when she was cast as Laura in a stage production of "The Glass Menagerie," which required her to kiss an actor. She had never dated and the kiss made her feel dirty. "I felt sick to my stomach, just wretched."

From age 17 to about 21, she lived as a "progressive Christian" and called herself "a follower of Christ" but not a Christian. Escaping from a supposedly "God-led" marriage betrothal "was the beginning of my departure from Christianity," she said, calling it one of "these little dominos adding up" that were tipping over and leading her away from religion. She had sex for the first time and felt "totally fine" afterward.

Recurring panic attacks from what she perceived to be religious trauma led her to seek help from a secular therapist, and she continued for three years. She read Leaving the Fold by Marlene Winell, who described her 1993 book as a tool for people recovering from religious indoctrination, particularly Christian fundamentalism. She started a website — daretodoubt.org — in 2019 as "a resource hub for people detaching from belief systems they come to find harmful." That year she wrote, "I claim a disbelief in God. I do not know if he, she, they, or it is real. I do know that I don’t believe so."

Her book Wayward: A Memoir of Spiritual Warfare and Sexual Purity was published in 2021. To Greczyn, it's "a coming-of-age story [that] takes place within a Christian subculture that teaches children to be martyrs and women to be silent." To what extent had she felt discounted? "I forgave myself for being female," she wrote in Wayward.

"Unlike a lot of other memoir writers in my genre, my family and I are not estranged. I'm still very much in touch with them and very close to them." ... There's so much love between my family and I, and despite how difficult it's been at times, they've been very supportive." (The Graceful Atheist podcast, March 9, 2021)

"When I completely lost my faith, I was 21. That's when I became an atheist. I gave God a test and she failed."