On this date in 1966, Sean Michael Carroll was born into an Episcopalian family in Philadelphia (not to be confused with biologist Sean B. Carroll). He graduated from Harvard University with a Ph.D. in astronomy and astrophysics in 1993. Carroll is a cosmologist and physicist who works as a research professor in physics at the California Institute of Technology. He has been a postdoctoral researcher at the Center for Theoretical Physics at the Massachusetts Institute of Technology and at the Institute for Theoretical Physics at the University of California-Santa Barbara. He is married to science writer Jennifer Ouellette.

His books include Spacetime and Geometry: An Introduction to General Relativity (2003), From Eternity To Here: The Quest for the Ultimate Theory of Time (2010), The Particle at the End of the Universe: How the Hunt for the Higgs Boson Leads Us to the Edge of a New World (2012), The Big Picture: On the Origins of Life, Meaning, and the Universe Itself (2016) and Something Deeply Hidden: Quantum Worlds and the Emergence of Spacetime (2019).

Carroll writes for the physics blog Cosmic Variance. In 2005, in a paper titled “Why (Almost All) Cosmologists are Atheists,” he wrote, “I wish to argue that religious belief necessarily entails certain statements about how the universe works, that these statements can be judged as scientific hypotheses, and that as such they should be rejected in favor of alternative ways of understanding the universe.”

Carroll has debated Christian apologists Dinesh D'Souza, William Lane Craig and others. In 2014 he received FFRF's Emperor Has No Clothes Award for speaking the truth about religion. His speech was titled "Atoms and Eve Incompatible."

“We are looking for a complete, coherent, and simple understanding of reality. Given what we know about the universe, there seems to be no reason to invoke God as part of this description.” 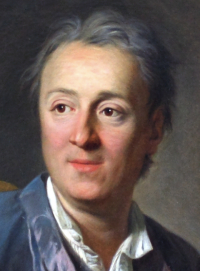 On this date in 1713, philosopher Denis Diderot was born in Langres, France, and was destined by his lower-class family for the priesthood. At 13 he was tonsured and titled "abbe." Continuing his studies in Paris, Diderot abandoned his faith when exposed to science and freethought views, evolving gradually from deist to atheist. In his Essay on the Merits of Virtue (1745), Diderot noted: "From fanaticism to barbarism is only one step."

Diderot anonymously wrote Pensees philosophiques (Philosopical thoughts) in 1746, which was ordered burned in public. In it he wrote, "Skepticism is the first step toward truth." After An Essay on Blindness was published in 1749, Diderot spent three months in jail for atheism, which taught him to only circulate his rationalist writings privately. His Interpretation of Nature (1753) sets out the scientific method. His treatises on aesthetics led him to be called the first art critic. His novels include La Religieuse (published posthumously in 1796), which took an unstinting look at the sexually corrupting forces of monasticism and fanaticism.

Diderot was the commissioned editor of the first major encyclopedia. He worked with rationalist contributors, including Voltaire, on this monument to the Age of Enlightenment, compiling human achievements in knowledge for nearly 30 years, while facing Catholic opposition. The 17 volumes of text and 11 of illustrations were published between 1751-72. The publisher at one time was imprisoned. Catherine the Great offered Diderot refuge, which he declined, but he accepted her grand gesture of purchasing his library and bequeathing it to him for life in 1766.

In 1773 he made the arduous journey to Russia to thank her, with hopes of setting up a Russian university. The trip disappointed him in her reign and broke his health. D. 1784.

"The religion of Jesus Christ, announced by the ignorant, made the first Christians. The same religion, preached by savants and doctors, only makes unbelievers today." 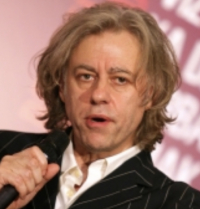 On this date in 1951, Robert Frederick Zenon Geldof was born in Dun Laoghaire, Ireland. He attended Blackrock College and became a music journalist for Georgia Straight in Vancouver, B.C., after graduation. Returning to Ireland, he became the lead singer of the punk rock band the Boomtown Rats (1975–86), known for the songs “I Don’t Like Mondays” (1979), “Rat Trap” (1978) and “Up All Night” (1981).

In 1986 he went solo and published his autobiography Is That It?. He portrayed Pink in “The Wall” (1982), based on Pink Floyd's album. He married journalist Payla Yates in 1986 and the couple had three children: Fifi, born in 1983, Peaches, born in 1989, and Pixie, born in 1990. They divorced after Yates left him for INXS lead singer Michael Hutchence, who committed suicide in 1997. Yates died of a drug and alcohol overdose in 2000. Peaches died of a heroin overdose in 2014.

Geldof is a philanthropist and anti-poverty activist. In 1984 he formed the musical group Band Aid, which raised $8 million to aid Ethiopia. Geldof also helped organize the Live Aid concerts in 1985, which raised over $150 million to combat African famine. He followed with the Live 8 concerts in 2005 featuring over 1,000 musicians. He was elected a member of the Commission for Africa in 2004, received a Lifetime Achievement Award at the 2005 Brit Awards for his musical accomplishments, was nominated for the Nobel Peace Prize three times and was knighted in 1986.

When asked in an Independent article (July 10, 2006) if he was a saint or a sinner, Geldof replied, “Being an atheist I can’t be either.” In a 2011 interview with the Manchester Jewish Telegraph, he explained: “I was a quarter Catholic, a quarter Protestant, a quarter Jewish and a quarter nothing — the nothing won.”

After several successful business ventures, he formed the private equity firm 8 Miles in 2008, investing solely in Africa and domiciled on the Indian Ocean island of Mauritius. The firm has come under criticism for operating out of a country seen as a tax haven instead of locating in Africa.

“I actively disliked the Church and its institutionalized morality which I felt bedeviled Ireland.” 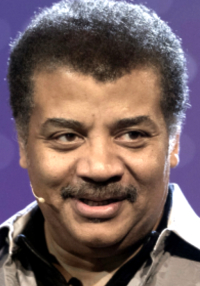 On this date in 1958, Neil deGrasse Tyson was born in the Bronx, N.Y. His mother was a gerontologist for the U.S. Department of Health, Education and Welfare and  his father was a sociologist and human resource commissioner for New York City Mayor John Lindsay. He earned his bachelor’s in physics from Harvard University in 1980, his master’s in astronomy from the University of Texas in 1983 and his Ph.D. in astrophysics from Columbia in 1991.

After graduation he worked as a research associate at Princeton University (1991–94) and a staff scientist for the Hayden Planetarium at the American Museum of Natural History (1994–95). Tyson has served on NASA’s advisory council (2005-08) and founded the American Museum of Natural History’s astrophysics department in 2007, where he heads the Hayden Planetarium. He married Alice Young in 1988 and they have two children.

He wrote “The Universe” essays for Natural History (1995–2005) and hosted PBS’ “NOVA scienceNOW” from 2006-11. In 2014 he hosted the television series "Cosmos: A Spacetime Odyssey," a successor to Carl Sagan's 1980 series. His nine books include Origins: Fourteen Billion Years of Cosmic Evolution (2005), Death by Black Hole: And Other Cosmic Quandaries (2007) and his memoir, The Sky is Not The Limit: Adventure of an Urban Astrophysicist (2000). In 2009 he wrote The Pluto Files: The Rise and Fall of America’s Favorite Planet.

In his essay “Holy Wars,” published in Natural History magazine in October 1999, Tyson wrote, “Let there be no doubt that as they are currently practiced, there is no common ground between science and religion.” On their intersection he added, “I have yet to see a successful prediction about the physical world that was inferred or extrapolated from the content of any religion's document.” He is also a strong opponent of intelligent design, calling it in 2005 "a philosophy of ignorance. You cannot build a program of discovery on the assumption that nobody is smart enough to figure out the answer to a problem.”

PHOTO: Tyson at the 2017 Starmus IV in Trondheim, Norway, where he received a Stephen Hawking Medal for Science Communication; photo by Thor Nielsen/NTNU under CC 2.0.