There are 3 entries for this date: Anthony B. Pinn , Catherine the Great and Yoram Kaniuk 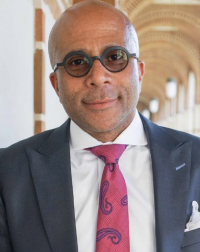 On this date in 1964, humanist scholar Anthony Bernard Pinn was born to Raymond and Anne Pinn in Buffalo, N.Y. He grew up going to Baptist and African Methodist Episcopal (AME) churches and decided that he was going to be a minister. He preached his first sermon from the pulpit at age 12 and later transferred from public school to a Southern Baptist high school before enrolling at Columbia University, where he earned a B.A. He worked as an AME youth pastor in Brooklyn and Boston but started to believe that the church had no real answers to people's problems. "I was moving from this kind of evangelical fundamentalist position to something more along the lines of the social gospel, but it still wasn't getting it done." (October 2014 speech at the Freedom From Religion Foundation's national convention.)

Continuing his studies, he earned a master of divinity degree and a Ph.D. in philosophy from Harvard in 1994. His dissertation title was “ Wonder as I Wonder: An Examination of the Problem of Evil in African-American Religious Thought.” He had been questioning whether God existed and was having issues with theism more than religion. He asked himself, "Do the people matter, or is it the tradition that matters?" He relinquished his minister's credentials, remaining interested in religion but seeing it as "a force that needed to be wrestled with and understood as a cultural development that shaped world events in some profound ways." In his first book, Suffering and Evil in Black Theology (1995), Pinn discussed theodicy (why God permits evil) from an African-American perspective. How, he asked, can black theists, particularly black theologians, make sense of a perfect, benevolent God in light of African-American suffering?

After teaching at Gordon-Conwell Theological Seminary, Suffolk University and Macalester College, he accepted an offer in 2003 from Rice University in Houston, becoming the first African-American to hold an endowed chair there as a professor of humanities and religion. Pinn is the founding director of the Center for Engaged Research and Collaborative Learning at Rice and director of the Institute for Humanist Studies in Washington. He's the author, co-author or editor of more than 35 books, including the Fortress Introduction to Black Church History (with his mother, Anne H. Pinn, an AME minister, in 2001), The End of God-Talk: An African American Humanist Theology (2011), Writing God's Obituary: How a Good Methodist Became a Better Atheist (2014), Humanism: Essays in Race, Religion, and Cultural Production (2015) and When Colorblindness Isn’t the Answer: Humanism and the Challenge of Race (2017).

His awards include the African-American Humanist Award from the Council for Secular Humanism (1999), Harvard University Humanist Association Humanist of the Year (2006) and Unitarian Universalist Humanist Association Humanist of the Year (2017). He was named a recipient in 2019 of FFRF's Emperor Has No Clothes Award for speaking truth to power. Pinn’s research interests include humanism and hip hop culture. He married journalist Cheryl Johnson in 2000. They separated in 2005 and divorced in 2015.

"For me the title is a way of capturing the decline and eventual death of a concept — God — that had been important to me for years. I wanted the title to reflect my transition from theism to nontheistic humanism through my push away from God — God being the central category of my religious youth."

On this date in 1729, Catherine II, the rationalist Empress of Russia, was born as Sophia Augusta Friederika in Germany. The daughter of the Prince of Anhalt-Serbst, she was groomed at 14 to be the future wife of Peter, the disreputable heir to the Russian throne. Sophia moved to Moscow to be educated for her position. Her name changed to Catherine when she was received into the Russian Othodox Church, and married in 1745. She and colleagues, allegedly including her lover Orlov, deposed Peter III in a popular coup d'etat in 1762. He was later strangled in prison.

Catherine admired and corresponded with French rationalists such as Voltaire and Diderot, launched reforms, transformed St. Petersburg, wrote stories, and was a patron of the arts who helped to pave the way for the great 19th-century flowering of art, music and literature in Russia. Catherine responded to peasant revolts and the French Revolution with increasing conservatism, but remained a Deist. D. 1796.

“As Empress, Catherine endeavoured to enforce the enlightened humanitarian views of the great French Rationalists, with whom she was in complete sympathy. Her reforms, in regard to education, justice, sanitation, industry, etc., were of great value.” 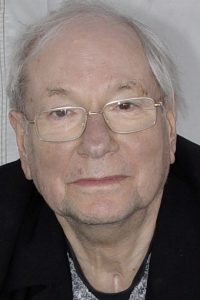 On this date in 1930, author and painter Yoram Kaniuk was born in Tel Aviv in the British Mandate of Palestine. His father was the first curator of the Tel Aviv Museum of Art. His godfather, Hayyim Nahman Bialak, was a pioneer of modern Hebrew poetry and his grandfather taught Hebrew and wrote textbooks.

While Kaniuk was still a teen, he served in Israel’s 1948 War of Independence. While serving, he was wounded when an Englishman disguised in a kaffiyeh (headdress) shot him in the legs. This, along with other of Kanuik’s profound experiences, inspired the nearly 30 novels he produced. Some of Kaniuk’s best-known works are Hemo, King of Jerusalem (1948), Confessions of a Good Arab (1984) and His Daughter (1988). His writings focused on the war, the Holocaust and the prospects for peace between Israelis and Palestinians.

Kaniuk spoke out against religious extremism and in 2011 won a legal battle in the district court of Tel Aviv in which he successfully appealed to change the status of his official national identity from Jewish to no religion. He advocated for the freedom of the next generation to identify as Jewish by nationality rather than by religion.

In his final years he battled bone marrow cancer and became fascinated with death. His final novel, Between Life and Death, detailed the four months he spent in a coma near the end of his existence. Upon his death, Kaniuk donated his body to science to avoid ultra-Orthodox funeral rituals.

In 1958 while living in the U.S., Kaniuk married Miranda Baker, a Christian, and returned to Israel with her. They had two daughters, Aya and Naomi. He died of cancer at age 83. (D. 2013)

“[Israel] established a state out of religion rather than the nation we almost became. Along the way we did not stop in the hallway of civilization, and religion attached itself to us like a leech, because that is the only way it survives, and now it has come back and returned.”