The Freedom From Religion Foundation filed a lawsuit on September 21, 2022 to challenge the unconstitutional funding of a private religious educational institution in the state of South Carolina. State lawmakers earmarked $1.5 million in the budget for 2022 to go to Christian Learning Centers of Greenville County to help get its new facility off the ground. CLC is a private religious educational institution whose mission is to “provide biblical instruction for public school children at no cost.” Its faculty is a “group of Christ-centered educators who have a passion for teaching and sharing God’s Word with our youth,” to quote the organization itself. Students are encouraged to “spread the news” to others to “ELECT JESUS.” For 25 years, the Christian group has provided biblical release-time instruction to students in Greenville County schools.

The lawsuit challenges the appropriations bill for 2022-23 that designates this funding. It argues that it violates the South Carolina Constitution, as well as the rights of all citizens and taxpayers of the state of South Carolina, including plaintiffs and those who are similarly situated

The case was filed on behalf of four South Carolina taxpayers — Christopher Parker and Ian Whatley, both Greenville County residents, and Gere Fulton and Michael Brown, both Richland County residents — against defendants South Carolina Gov. Henry McMaster, Comptroller General Richard Eckstrom, Treasurer Curtis Loftis Jr. and Education Superintendent Molly Spearman. Three of the plaintiffs are members of the Freedom From Religion Foundation, and Parker, who has children in the Greenville County Schools, is familiar with the intent of Christian Learning Centers to evangelize students.

The plaintiffs are represented by local attorney Steven Buckingham, as well as FFRF attorneys Patrick Elliott and Karen Heineman. This case is in The Court of Common Pleas in Richmond County, SC. 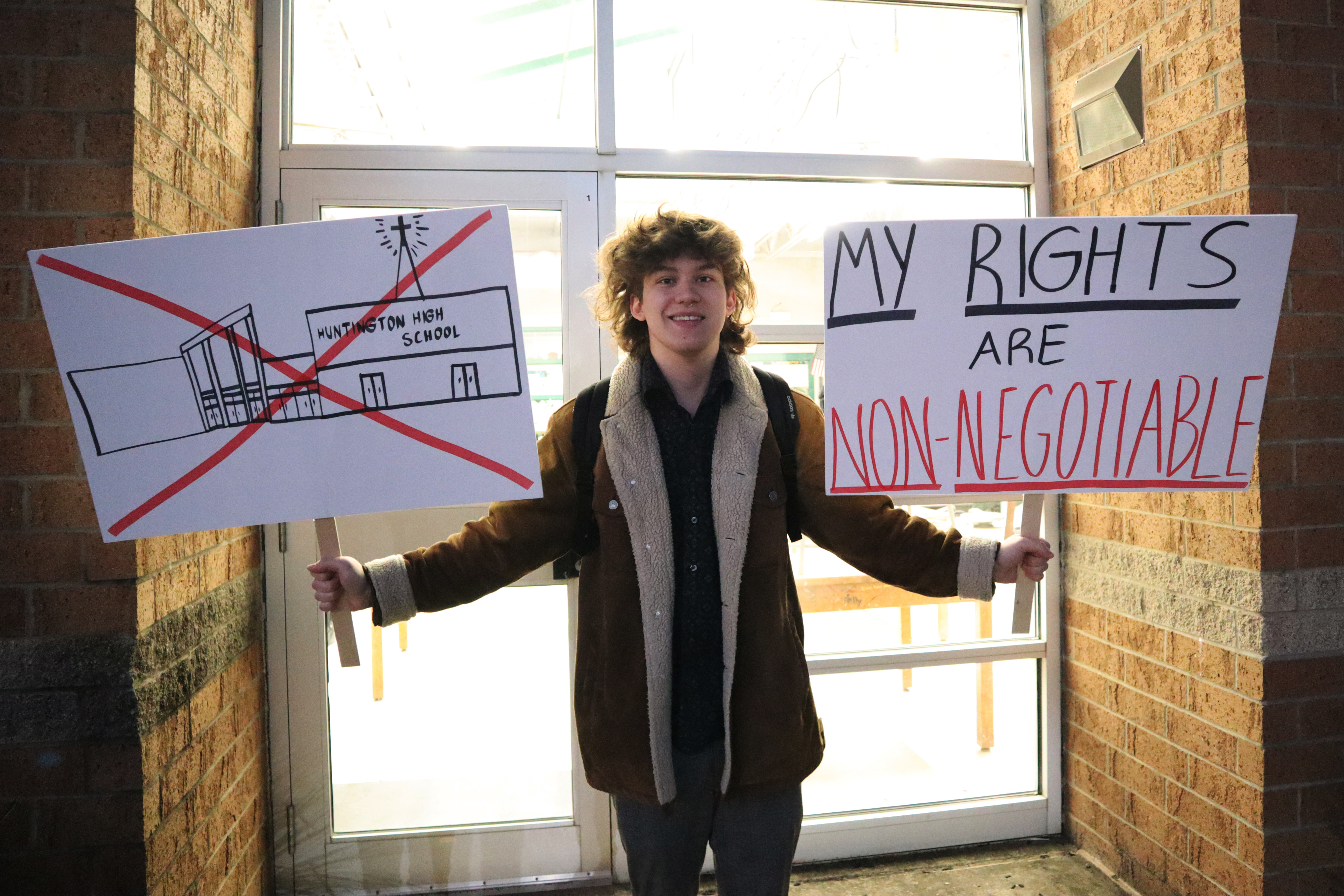 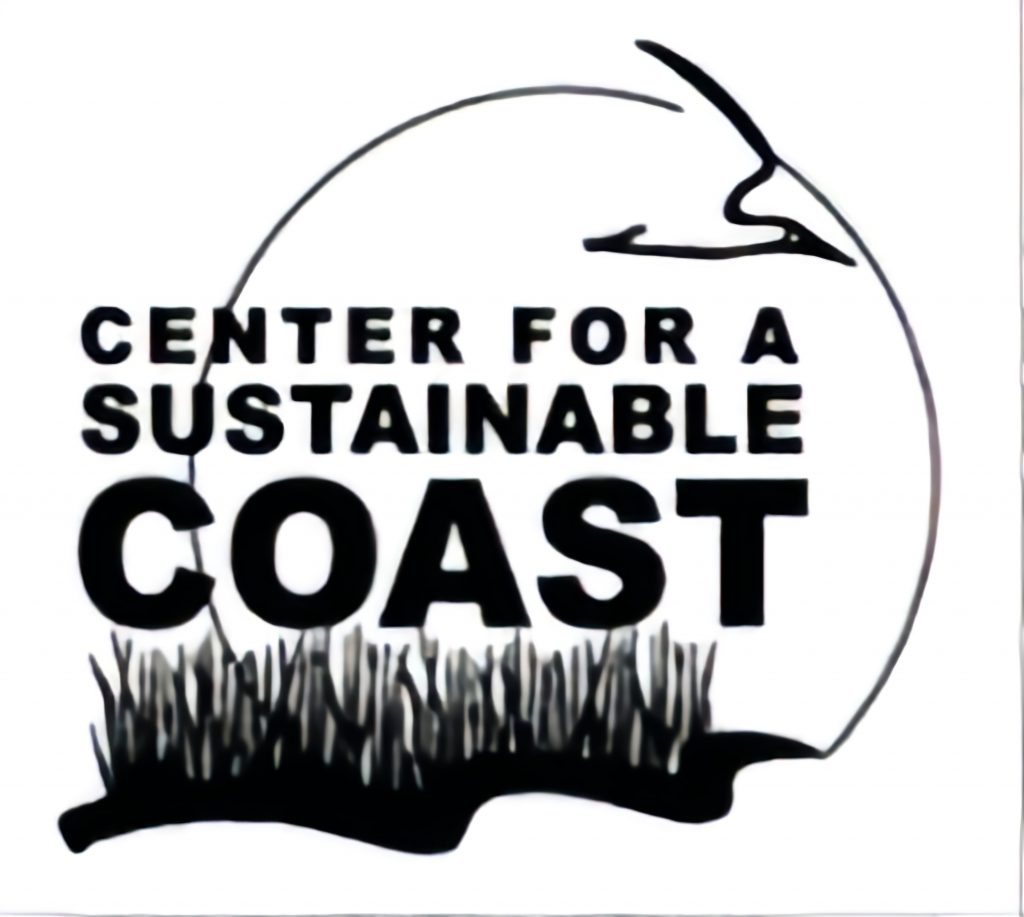 The Freedom From Religion Foundation is providing legal support to the Center for a Sustainable Coast and its local member in a lawsuit challenging a land exchange and road construction project approved by the board of commissioners of Glynn County, Georgia. The Center for a Sustainable Coast is a Georgia-based nonprofit dedicated to ensuring the responsible use, protection, and conservation of coastal Georgia’s natural, scenic, historic, and economic resources. CSC’s local member, Jeff Kilgore, is also a named plaintiff.

The plaintiffs sued Glynn County after it approved a project to relocate a road through protected wetlands in order to assist the Episcopal Church of the Town of Frederica, Called Christ Church in advancing its religious mission. The plaintiffs further challenge the county’s decision, made in furtherance of the road construction project, to give Christ Church a valuable piece of land in exchange for a less valuable parcel, while relying on faulty math to claim that the parcels were of equal value.

As established in the plaintiffs’ complaint, Christ Church undertook a master planning process meant to increase its congregation and expand its “capacity for ministry.” The church concluded that shifting Frederica Road would help advance its mission, and Glynn County sought to assist Christ Church in that pursuit. The county’s decision, and its ongoing use of county resources to help the church, violates the Establishment Clause of the U.S. Constitution.

After Glynn County and Christ Church filed separate motions to dismiss the plaintiffs’ lawsuit, the plaintiffs filed a response to those motions, as well as an amended complaint, seeking injunctive relief to stop the road construction project and nominal damages for the violation of their constitutional rights.

The plaintiffs are represented by Atlanta-based attorney Jon Schwartz, with FFRF Attorney Samuel Grover consulting on the constitutional issues. Case No. CE21-01136 is currently before Judge Roger B. Lane in the Superior Court of Glynn County. 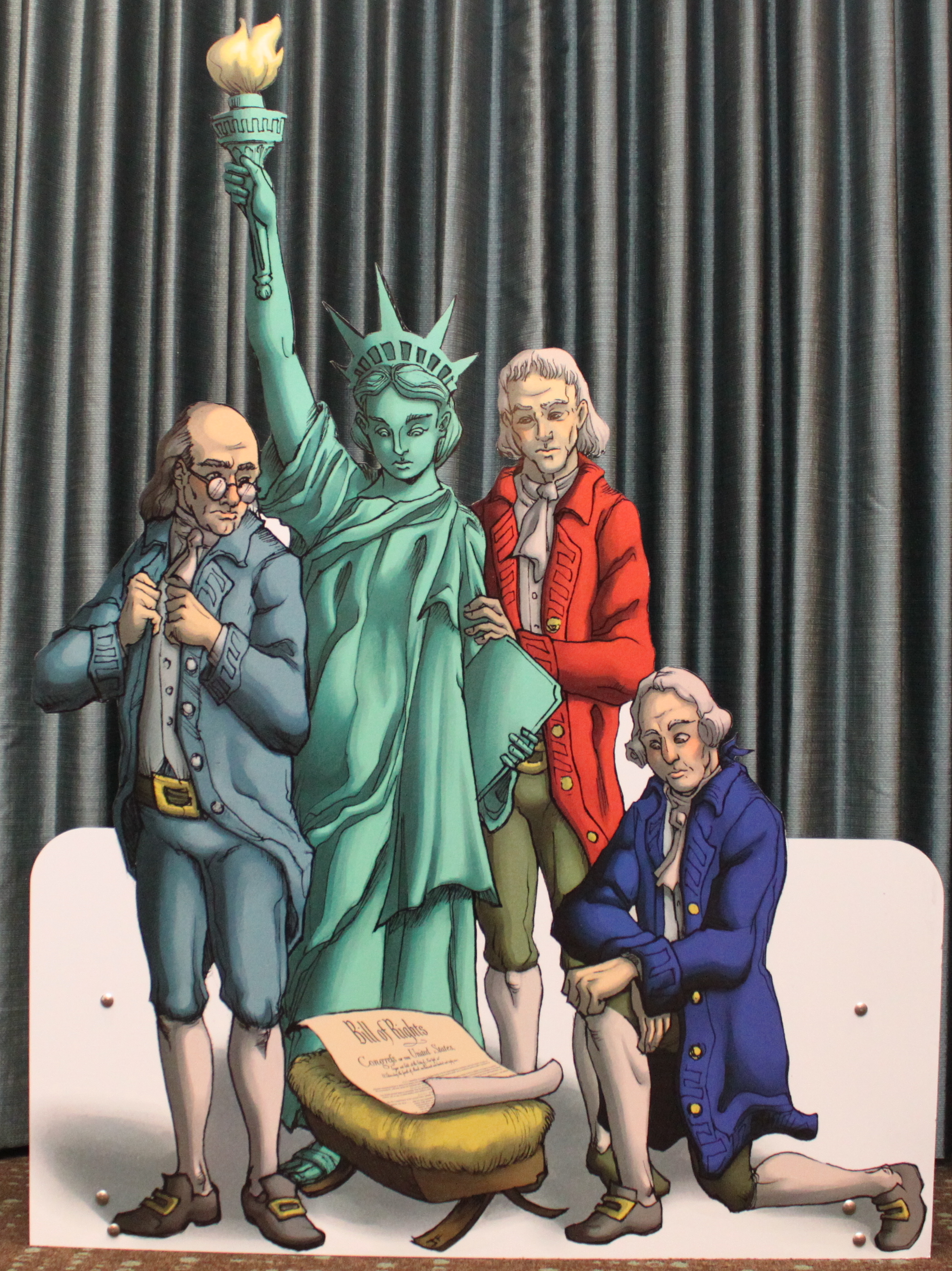 In May 2021 FFRF was granted permanent relief after a six-year battle. Judge Lee Yeakel rejected Gov. Abbott's argument that FFRF’s lawsuit no longer involved a live controversy and that the case was thus moot. The court declared that Gov. Abbott and the State Preservation Board violate FFRF’s First Amendment Rights and engage in viewpoint discrimination when they exclude the exhibit from display. The district court also enjoined Abbott and the board from censoring FFRF’s speech in the future. Governor Abbott and the State Preservation Board appealed the ruling on remand back to the Fifth Circuit.

On January 27, 2023 the 5th Circuit unanimously ruled in FFRF's favor, remanding back to the district court for resolution of FFRF's claim for attorneys' fees and cost.

FFRF is represented by Associate Counsel Sam Grover and Senior Counsel Patrick Elliott in the case, with attorney Rich Bolton of Boardman and Clark LLP serving as litigation counsel. The District Court case number is 1:16-cv-00233 and the current Appeals Court number is 21-50469. 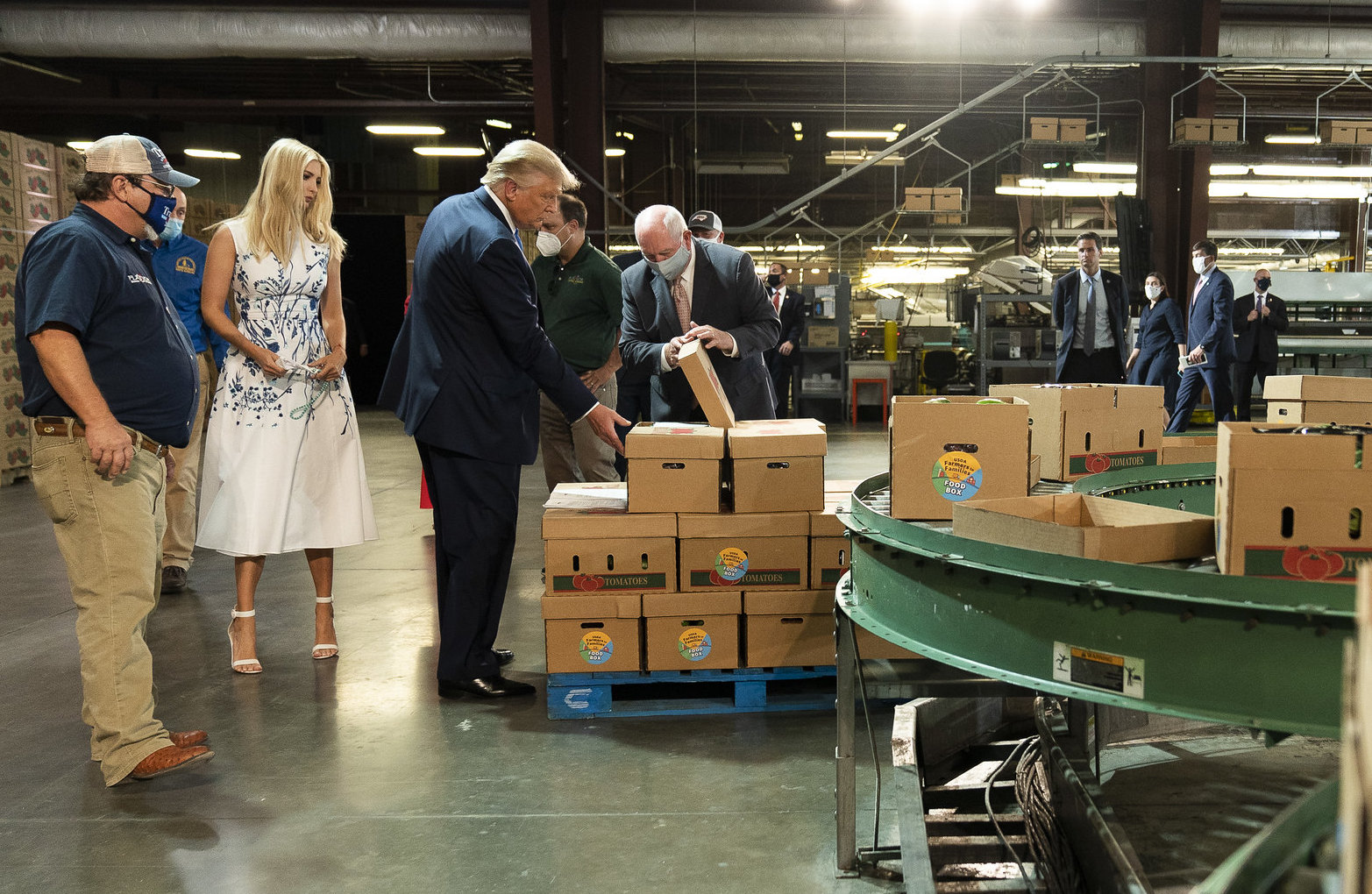 The case (1:21-cv-00475) is in the US District Court for the Southern District of New York. This case is currently stayed while the new Biden administration proposes changes to the rules. 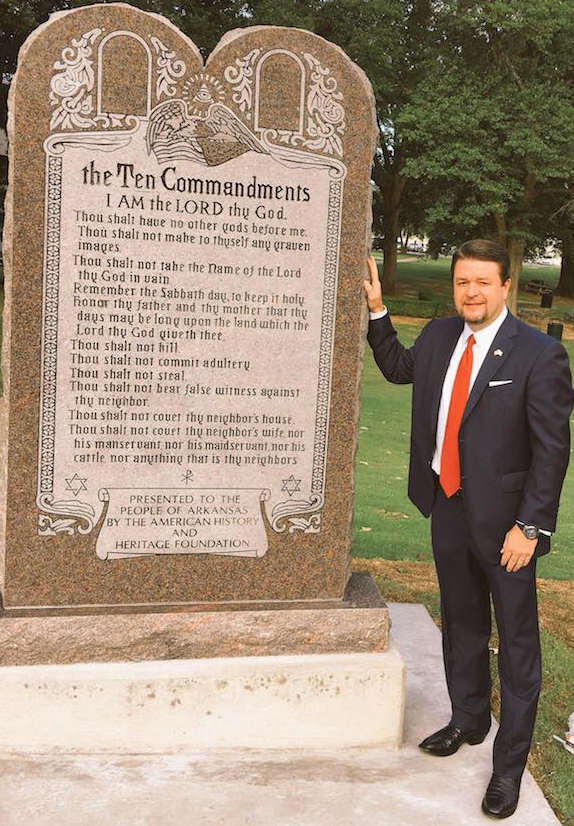