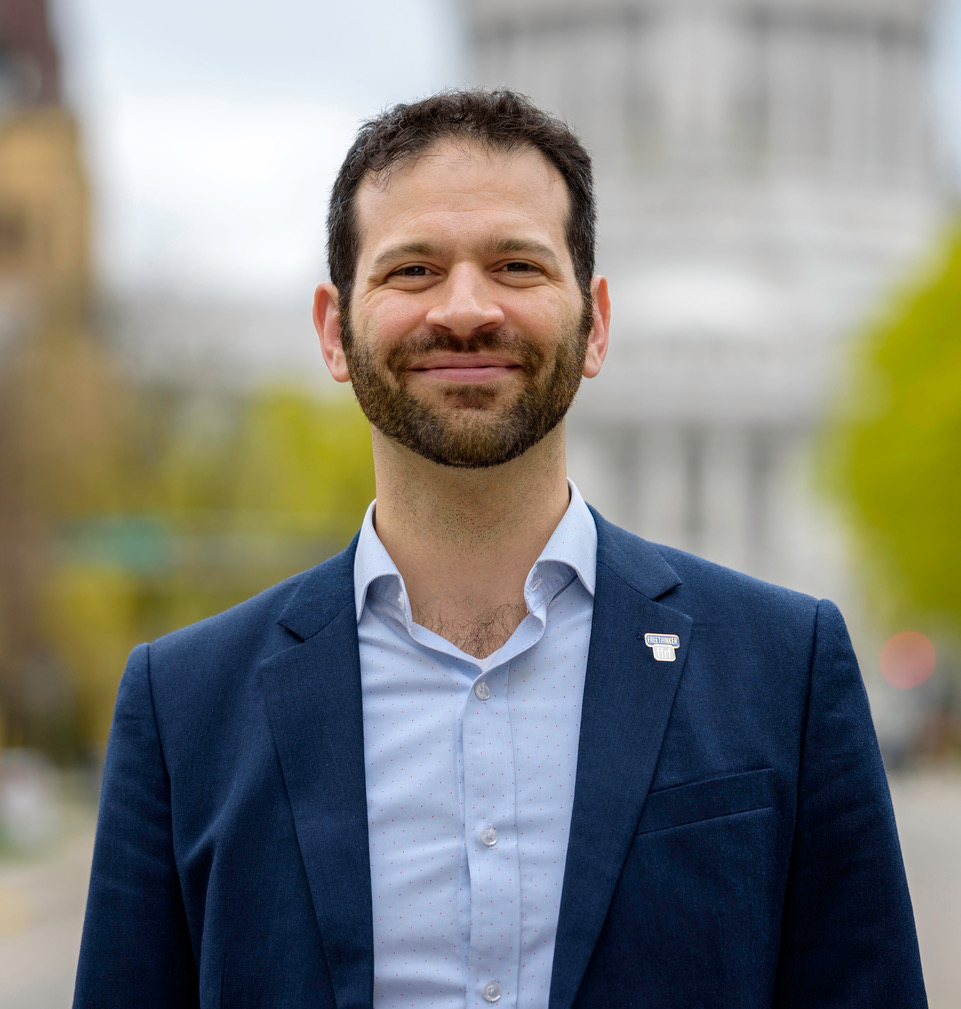 Christian nationalism did not have a good election night.

The main Christian nationalist adherents, from Doug Mastriano (gubernatorial contender in Pennsylvania) to the election-denying secretary of state candidates in Arizona, Michigan, Minnesota, Nevada and New Mexico, lost. Plus, with a pro-secular majority in control of the Senate, judges who support the separation of state and church will continue to be confirmed. Christian nationalism is not dead, but it is on its back foot.

In this edition of FFRF’s Mark on the Hill, we’ll talk about how we’ve been fighting against Christian nationalism in the current Congress, what we want to do in the upcoming Congress, what are some dangers that are out there for 2024, and how we can avert them.

Fighting Christian nationalism in the 117th Congress (2021 and 2022)
In this Congress, the 117th, we’ve made a lot of strides in governmental affairs to blunt the impact of Christian nationalism. When we saw what happened at the U.S. Capitol on Jan. 6, 2021, we quickly reoriented the team to fight white Christian nationalism. We produced, with our partners at the Baptist Joint Committee, a blockbuster report on how Christian nationalism was a contributing factor in the Jan. 6 attack. The report was co-authored by some of the leading thinkers on this subject, including Professors Anthea Butler, Samuel Perry, Jemar Tisby, Andrew Whitehead, and Andrew L. Seidel, Katherine Stewart and Amanda Tyler.

We were able to highlight the report with a public webinar, numerous episodes of “Freethought Matters,” “Ask an Atheist” and Freethought Radio, a briefing with members of Congress (spotlighted in the Washington Post), and congressional floor speeches that mentioned us. All of that played into the Jan. 6 committee hearing showing Roger Stone espousing Christian nationalist beliefs as a motivating factor in attacking the Capitol.

On the legislative front, FFRF has been leading on two bills for the first time in its history. One of the bills reins in health care sharing ministries, and the other authorizes a memorial to Thomas Paine in the nation’s capital. There is a chance that we can get the Thomas Paine bill out of committee.

FFRF has also been in the vanguard on court reform and court expansion, where we’ve helped to increase the amount of support in Congress and with the public for both of these measures. We work closely with allies such as Demand Justice and other members of the Unrig the Courts Coalition. On top of this, FFRF helped decrease congressional participation in the National Prayer Breakfast. All of this activity is showing that FFRF is becoming a major player on the Hill, and we are in a much stronger position than we were two years ago.

118th Congress (2023 and 2024)
What is going to change is that a lot of our allies in the House are not going to have their gavels. However, the Thomas Paine bill has bipartisan support, and I expect FFRF to continue to make gains with it in the next Congress.

Americans are waking up to the threat of Christian nationalism, but it is unclear if enough members of Congress are. We need to be ready to work with our allies in Congress to protect the separation of state and church from Christian nationalist attacks. In previous Congresses, some extremely conservative members would file bills that would greatly expand theological exemptions and empower Christian nationalism. These bills weren’t serious legislative efforts and instead were designed to score messaging points with theocrats. The conservative leadership in the House and the Senate wouldn’t bring these bills up for hearings or committee votes. They were seen as unnecessarily destructive and a distraction from other legislative priorities, such as tax cuts or repealing the Affordable Care Act. However, it is extremely likely that theological exemption bills will be advancing next year.

The opportunity for us is that we can reinforce the importance of separation of church and state with our allies on the Hill, such as how it safeguards our democracy, and how theological exemption bills seek to undermine our democratic institutions. If the theological exemption bills advance to hearings, markups or floor debates, we’ll be able to provide a full defense of the separation of church and state against Christian nationalism. Furthermore, we plan to diligently work to build support for the Health Share Transparency Act, judicial reform and decreased backing for the National Prayer Breakfast.

There will be more opportunities to engage the executive branch on white Christian nationalism and enforcing the Johnson Amendment. More resources have been allocated to counter domestic terrorism and white supremacy, and to boost IRS enforcement. We plan to engage the relevant offices and agencies at the Department of Justice, Treasury, Homeland Security, and the IRS.

2024 dangers
The danger out there is for 2024. The Trump administration was dangerously close to achieving wide-ranging theological exemptions in the last few months of 2020. If someone is elected who is indebted to the Religious Right, I have no doubt that within the first few days of that administration, there will be an executive order issued giving blanket theological exemptions to all areas that the federal government touches (health care, government contracting, commerce, civil rights laws, etc.) based on Supreme Court cases such as Hobby Lobby, Fulton and Bremerton that have consistently favored theological exemptions.

To prevent that scenario from happening, FFRF is forming a (c)4 that will allow us to enhance our lobbying efforts, and enable a franker discussion with you about what is happening in D.C. and in state capitals across the country. We could also participate in the 2023 Wisconsin judges elections. These elections are vital because Wisconsin judges decide on access to abortion, gerrymandering, the power of Wisconsin’s heavily gerrymandered Legislature, and the role of the separation of state and church. Plus FFRF is headquartered in Madison with a strong base of support, and we have a really good insight into Wisconsin politics and its national implications. The 2023 judges elections in Wisconsin are often overlooked, and it will be an excellent opportunity for FFRF to exert its influence.

Conclusion
Thanks to you and the entire team at FFRF, we’ve grown our membership from 30,000 members to 40,000 members in the past three years. I cannot thank you enough for that remarkable accomplishment. The larger our membership number becomes, the more our political voice will be heard. Please encourage your friends and family to become part of FFRF because that investment is paying out tremendous dividends in Washington.

I'm thrilled that you are working with FFRF, and we look forward to a very productive 118th Congress.