To combat climate change we must combat religion’s denialism 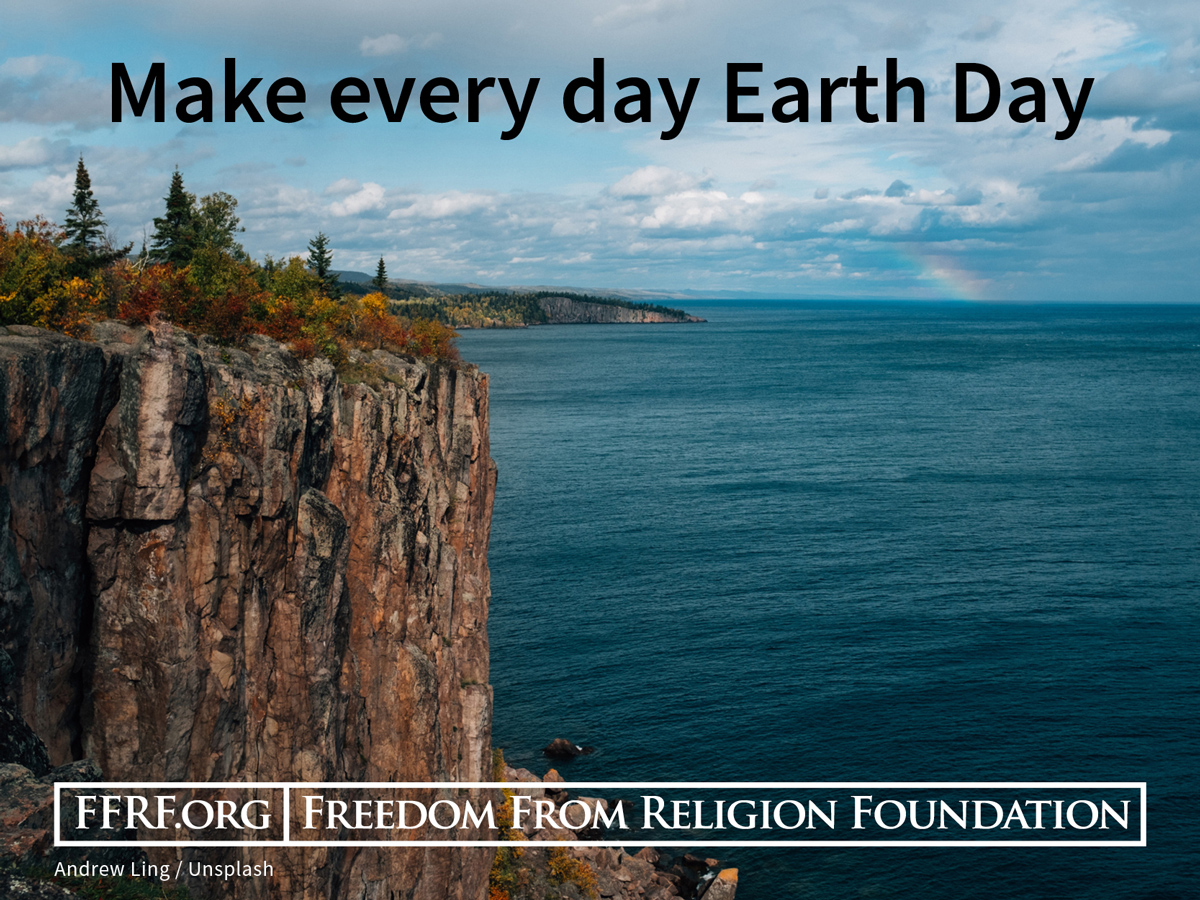 Over the past year, the world watched the United States become the hot spot of a global pandemic while elected officials at every level flouted collective safety measures in favor of prayer and willful ignorance. It was, and remains, a shocking and horrifying display of the danger of public policy guided by science denial and religious dogma.

The climate crisis, the biggest threat facing our planet as a whole, requires urgent collective action. The same sinister activation of anti-science propaganda that fueled this pandemic has undermined reasonable policy solutions to combat climate change and preserve a livable planet for future generations.

A significant correlation exists between religiosity and climate denial. While other factors — such as political party affiliation, race and ethnicity — are stronger predictors of views about climate change, Pew Research has found it is the religiously unaffiliated, not those who identify with a religious tradition, who are particularly likely to say the Earth is warming due to human activity. White evangelical Protestants stand out as least likely to accept the science of climate change. Bad-faith politicians and their corporate sponsors have, for decades, manipulated this willful ignorance to avoid environmental regulations that may cut into their outsized profits.

There is, however, renewed reason for hope. The United States has rejoined the Paris Climate Agreement. The Biden administration announced this week its pledge to cut planet-warming greenhouse gas emissions nearly in half by 2030, which aligns with scientists’ prediction of the needed reduction to avoid the most disastrous implications of climate change. Biden has also named Gina McCarthy, an environmental health expert, the first White House National Climate Adviser.

While the White House has committed to taking these crucial steps on climate change, there is still much work to be done to counteract the anti-science agenda that impedes reasonable, humane policy solutions in favor of environmental destruction, denialism and corporate greed. Preserving the separation of religion and government in favor of reason-based policy is an undeniable component of the path forward.

Religion’s view of the afterlife hinders our collective ability to tackle climate change. As FFRF Co-President Annie Laurie Gaylor often says: “The only afterlife we ought to care about is leaving our descendants and our planet a secure and pleasant future.”

Secular Americans have always refused to bend our knees to any ignorance — be it rooted in religion or elsewhere. Demanding meaningful action on climate change must be no different.