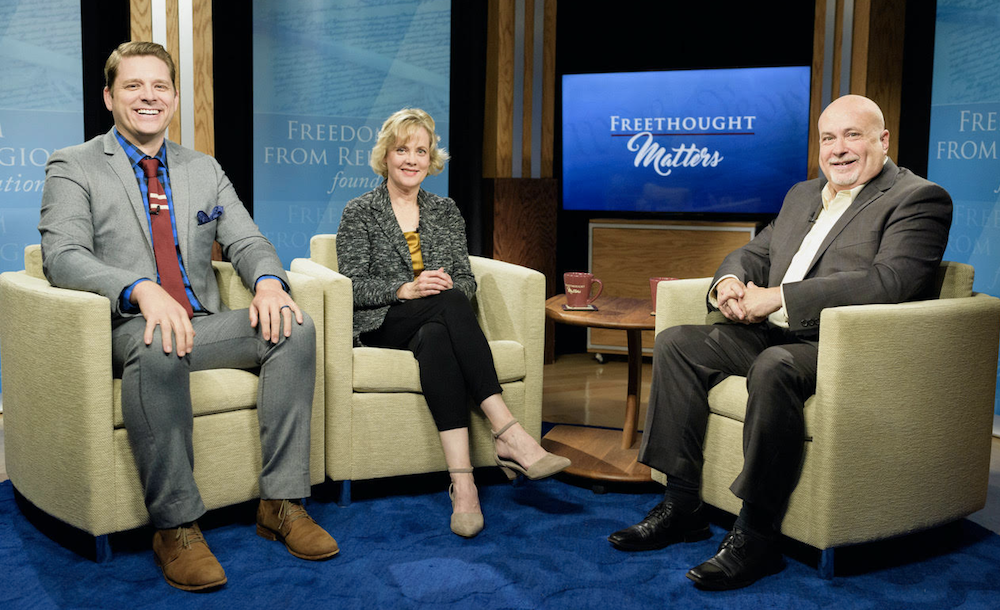 A member of Congress who recently declared himself a freethinker at the Freedom From Religion Foundation annual convention is interviewed on the latest episode of the organization’s “Freethought Matters“ TV show.

U.S. Rep. Mark Pocan, representing the area of Wisconsin where FFRF is headquartered, was named a Champion of the First Amendment at FFRF’s recent national convention due to his work as a member of the Congressional Freethought Caucus, formed to promote secular values and give a voice to freethinking voters. Before an audience of nearly 700 freethinkers — atheists, agnostics, humanists and nonreligious Americans — Pocan declared himself one “of us” who do not follow a specific religion. Pocan is also the co-chair of the Congressional Progressive Caucus.

“It just doesn’t make a lot of sense that this is being a fight that’s being put up by the chaplain, because we should try to be inclusive of everyone in the country,” Pocan says on “Freethought Matters” about the House chaplain blocking FFRF’s attempt (with Pocan’s full support) to have FFRF Co-President Dan Barker present a freethinking invocation before Congress. “It would mean more power and, finally, some representation for 24 percent of us in the United States: the adults who are not religious.”

The first guest in the new season was U.S. Rep. Jared Huffman, founder of the Congressional Freethought Caucus. Huffman’s appearance on the show made media waves due to his remarks about his colleague Rep. Liz Cheney’s dogmatic stance on the religious oath. U.S. Rep. Jamie Raskin and world-renowned philosopher Daniel Dennett have appeared on the show in recent weeks. U.S. Rep. Mark Pocan will be on the show next week.