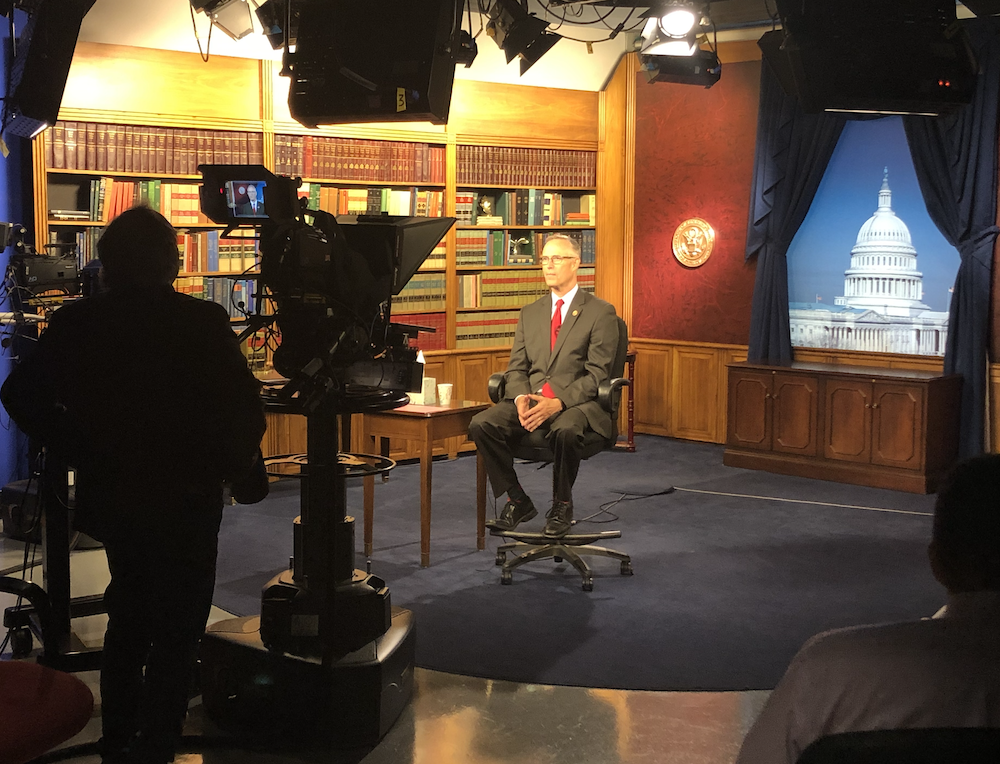 The nation’s premier freethinking television show is returning to the airwaves.

The Freedom From Religion Foundation’s “Freethought Matters” program resumes broadcasting on Sunday, Sept. 1. As an antidote to religion on the airwaves and Sunday morning sermonizing, the half-hour talk show will air Sunday mornings in 11 cities and Sunday evening in FFRF’s hometown of Madison, Wis.

The first guest in the new season is U.S. Rep. Jared Huffman, founder of the Congressional Freethought Caucus, who represents California’s second congressional district since 2013. Before serving in Congress, he represented the North Bay in the California Assembly, and was an attorney and successful public interest attorney. He was formerly Mormon before becoming the only “out” nonbelieving member of Congress, identifying as an agnostic.

The cities where “Freethought Matters” will be broadcast, along with the channels and timings, are listed below:

“Our aim is to provide fun, intelligent alternative programming for those who want to look beyond the Sunday morning religious fare,” says FFRF co-founder Annie Laurie Gaylor. Gaylor and her husband, Dan Barker, a former evangelical minister and well-known atheist author, are FFRF co-presidents and typically co-host the program.

The intent is to introduce communities to leading freethought authors, thinkers and activists. Today, the nonreligious is the largest “denomination,” surpassing Roman Catholics, at roughly one-fourth of the adult population. A third of Millennials are “Nones” and a fifth of Gen Z explicitly identifies as atheist or agnostic.

“The purpose of the show is to offer lively discussions that provide a perspective most often missing on television,” adds Barker.

The show is produced by FFRF’s videographer Bruce Johnson, a veteran of many years in public television. Crew includes staff members Monica Schwartz, Kristina Daleiden, Lauryn Seering and Chris Line, plus various floor managers, with sound production provided by Audio for the Arts.