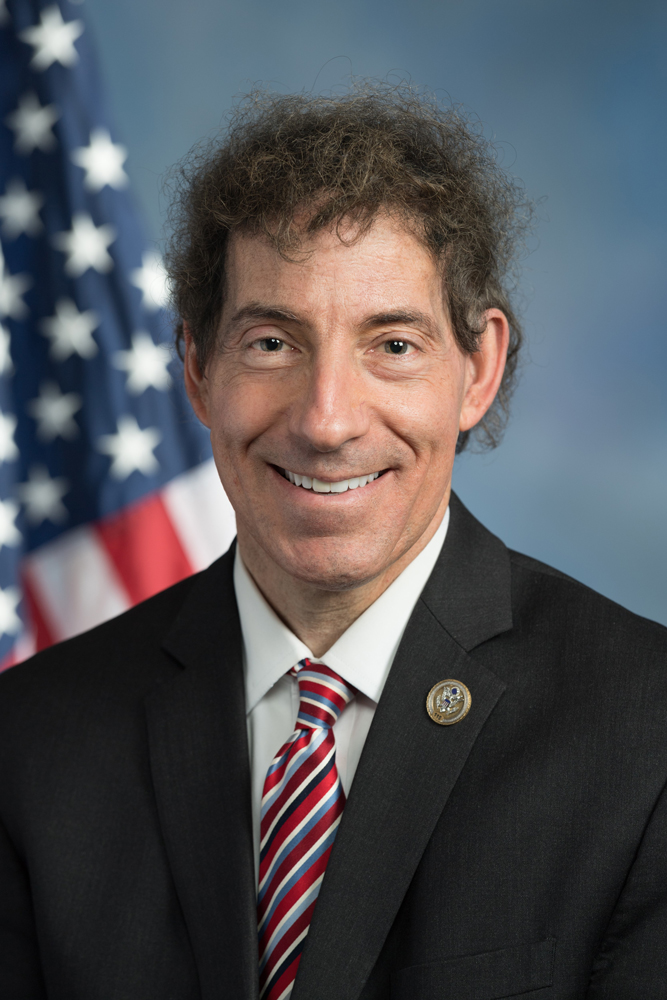 U.S. Rep. Jamie Raskin lends his unique perspective as both an elected official and constitutional scholar to this week’s episode of the nation’s premiere freethinking television show, Freethought Matters.

Raskin, who is a co-founder of the Congressional Freethought Caucus, represents Maryland’s 8th congressional district. Before serving in Congress, he was a three-term state senator in Maryland. Raskin was also a professor of constitutional law at American University’s College of Law for more than 25 years. He has authored several books, including Overruling Democracy: The Supreme Court versus the American People and We the Students: Supreme Court Cases For and About America’s Students. Raskin will receive FFRF’s Clarence Darrow Award at the upcoming annual convention, taking place in Madison Wis., and will be accepting via video.

The show airs in 11 major cities on Sunday mornings, plus Madison, Wis., on Sunday night. But this week’s show is accessible to all on FFRF’s YouTube channel (look for the Freethought Matters playlist to watch previous shows).

In a show airing earlier this month, U.S. Rep. Jared Huffman, the other co-founder of the Congressional Freethought Caucus, was interviewed, attracting the attention of Fox News.

FFRF Co-Presidents Annie Laurie Gaylor and her husband, Dan Barker, a former evangelical minister and well-known atheist author, are creators and co-hosts of the show. This week’s show is hosted by Gaylor and guest host Andrew Seidel, an attorney and FFRF’s director of strategic response.