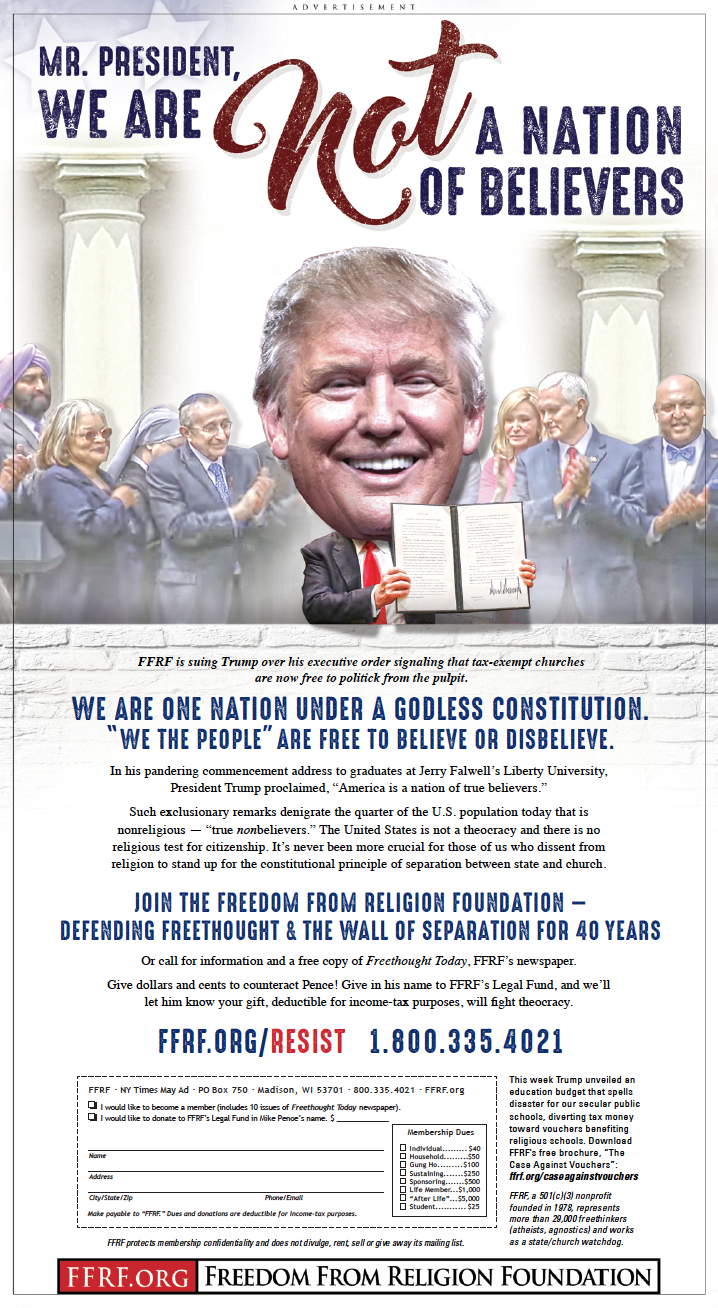 The Freedom From Religion Foundation has a message for President Trump — and it's sharing that message with the public in a full-page New York Times ad.

The communiqué is partially prompted by Trump's recent commencement remarks to Jerry Falwell's Liberty University that proclaimed: "America is a nation of true believers."

"Mr. President, we are NOT a 'nation of believers,'" FFRF replies in the advertisement, expected to run Thursday. "We are one nation under a godless Constitution. 'We the People' are free to believe or disbelieve."

FFRF adds: "Such exclusionary remarks denigrate the quarter of the U.S. population today that is nonreligious — 'true nonbelievers.' The United States is not a theocracy and there is no religious test for citizenship."

The nontheistic organization urges, "It's never been more crucial for those of us who dissent from religion to stand up for the constitutional principle of separation between state and church." FFRF, a state/church watchdog with more than 29,000 members nationwide that works to defend the constitutional wall of separation, invites secularists to join or consider giving to FFRF's Legal Fund "in Mike Pence's name."

The ad's irreverent graphic lampoons Trump's signing of a May 4 executive order signaling that tax-exempt churches are now free to politick from the pulpit. FFRF is suing Trump over that executive order.

Through such a prominent placement in the national "paper of record," FFRF hopes it will be able to spread its secular message far and wide.