There are 4 entries for this date: Ernst Bloch , Faye Wattleton , Harriet Johnson and Kevin Bacon 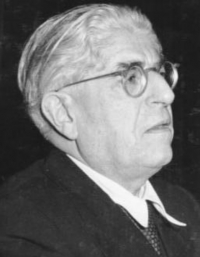 On this date in 1885, German Marxist philosopher Ernst Bloch was born in Ludwigshafen in the German Empire. Bloch, the son of a railway worker in a family of assimilated Jews, drew on the work of German philosophers such as Kant, Schilling and Hegel, and developed his opposition to industrial capitalism at a young age. Like many of his colleagues — such as Theodor Adorno, Walter Benjamin, Bertolt Brecht, and Georg Lukacs — his radical politics and Judaism necessitated he flee Germany with the rise of Nazism.

The prevailing concern of Bloch’s major works is the concept of utopia. His first book, Spirit of Utopia (1918), demonstrated the radical ingenuity of his conception of utopia, which he viewed as a present force in the real world.

In his 1968 book, Atheism in Christianity, Bloch challenged the notion that atheists must uniformly denounce religious convictions and traditions. Bloch examined Christianity’s social roots, biblical utopianism and anti-authoritarianism, contending there was an unexplored heresy concealed in the bible covertly suggesting that the “good Christian” was also an atheist.

Bloch insisted that skeptics and thinkers move beyond the “crude intellectual polarization” between scientists, philosophers, theorists and believers. D. 1977.

“[Our church] bristles at see-through blouses, but not at slums in which half-naked children starve, and not, above all, at the conditions that keep three-quarters of mankind in misery. It condemns desperate girls who abort a foetus, but it consecrates war, which aborts millions.” 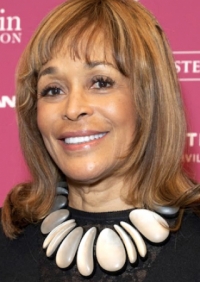 On this date in 1943, reproductive rights activist Alyce Faye Wattleton was born in St. Louis. Her mother was a Church of God minister who frequently preached in various locations, and her father was a construction worker. She spent much of her early childhood in the care of family and church members in different states while her mother evangelized.

Wattleton graduated from Calhoun High School in Port Lavaca, Texas. In an interview for O, The Oprah Magazine (December 2001), she said: "I was raised in a very sheltered, narrow environment. No smoking, drinking, dancing, movies. My mother taught me a lot of things, but they had big presuppositions built in — like her expectation that I'd be a missionary nurse in a religious order.” Her mother believed no profession was worth pursuing unless it also had a religious purpose.

She received her B.S. in nursing from Ohio State University in 1964 and her M.S. in midwifery and maternal and infant health from Columbia University in 1967. She later said that studying for a midwifery master's was "perhaps the most dramatic phase and turning point in my life." In between degrees, she taught maternity nursing in Dayton, Ohio.

Wattleton was named executive director of Planned Parenthood in Dayton in 1971, married jazz musician Franklin Gordon in 1972 and gave birth to their daughter Felicia in 1975. They divorced when Felicia was 6. In 1978 she was named president of the Planned Parenthood Federation of America — its youngest and first African-American president and its first woman president since founder Margaret Sanger. She held this position until 1992. She then led the Center for the Advancement of Women and hosted a Chicago-based talk show.

In 1993 she was inducted into the National Women’s Hall of Fame. Her memoir Life on the Line was published in 1996. Wattleton co-founded and directed EeroQ, a quantum computing company. She was the American Humanist Association's 1986 Humanist of the Year and received the Congressional Black Caucus Foundation’s Humanitarian Award and Planned Parenthood’s Margaret Sanger Award.

In a 2017 interview with W magazine, Wattleton was asked if she was surprised that Planned Parenthood was still under attack by conservative Christians and politicians. “The woman who founded Planned Parenthood went to jail seven times,” she responded. “The progression of this organization in advancing women’s possibilities has always been under attack.”

PHOTO: Wattleton in 2019 at the New York premiere of the PBS documentary "Reconstruction: America After The Civil War." Photo by Lev Radin/Shutterstock.com.

"If I was to be a nurse, [people with beliefs different from mine] needed my care and not my judgment. They needed my compassion and understanding and not my moral values. So I began to really think in a broader context than the narrow religious upbringing of my parents." 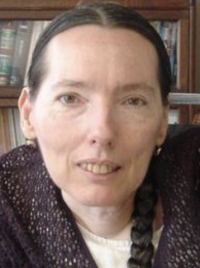 On this date in 1957, Harriet McBryde Johnson was born in eastern North Carolina. Johnson was a civil rights lawyer in Charleston and a disability rights advocate. She advocated for the passage of the Americans with Disabilities Act, and spoke powerfully about her own experience with her disability. Johnson was born with a degenerative neuromuscular condition — she was unconcerned with the specific diagnosis — and used a motorized wheelchair as an adult. She represented disabled people in court, ran for local office and was active in the disability-rights group Not Dead Yet, which advocates against physician-assisted suicide and opposes the idea of euthanasia of severely disabled infants.

Johnson was involved in a private correspondence with philosopher Peter Singer, also an atheist. The two debated the idea of euthanasia of severely disabled infants at Princeton University in 2003. Johnson published many opinion pieces and personal narratives in national newspapers, such as The New York Times, and wrote two books, Too Late to Die Young (2005) and Accidents of Nature (2006). She also spoke out against the “charity mentality” surrounding disability, and was publicly opposed to the "Jerry Lewis Muscular Dystrophy Telethon." D. 2008.

“As an atheist, I think all preferences are moot once you kill someone. The injury is entirely to the surviving community.” 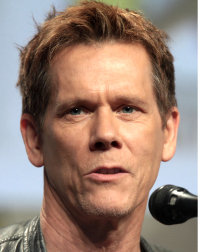 His prolific acting career is the basis for the trivia game “Six Degrees of Kevin Bacon,” in which players try to connect any person who has appeared in a film to Kevin Bacon through six or less degrees of separation. He has also worked as a director, directing his first film, “Losing Chase,” in 1996. He is a member of the band The Bacon Brothers along with his brother Michael. Bacon and actress Kyra Sedgwick married in 1988 and have two children, Travis, born in 1989, and Sosie, born in 1992.

In a 2005 interview with The Times of London, Bacon said, “I don’t believe in God.” Along with being a nonbeliever, Bacon is passionate about church-state separation. The Bacon Brothers were featured in the 2008 film “Everything You Always Wanted to Know About Separation of Church and State (But Were Afraid to Ask),” in which they performed their song “Children.”

The song speaks out about the harm inflicted on children by religious violence, with lyrics such as “Please don’t hurt the children, please lay down the rod / Please don‘t send your bombs in and say you‘re doing the work of God.” “It has to do with God and war and how they get jumbled up sometimes, and how a lot of times it is the children that suffer from the combination of those two things,” Bacon said during an interview at the time.

“I think there is a puritanical wind that is blowing. I have never seen such a lack of separation between church and state in America.”