There are 4 entries for this date: Alexander Pushkin , Benjamin Underwood , Frida Kahlo and Peter Singer 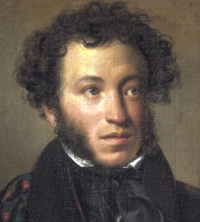 On this date in 1799, Alexander Sergeyevich Pushkin was born in Moscow. Born into a poor, aristocratic family, Pushkin saw his first poem published at age 14. He joined the foreign office in 1817 but was banished to South Russia as a young man for radical poetry that also satirized religion, such as "Ode to Liberty." He was permitted to return to his mother's estate and then to St. Peterburg after several years.

Pushkin's epics include "Ruslan and Ludmila" (1820), "Boris Gudenov" (1831), and "Evgenii Onegin" (1833). He returned to a government position in 1831, and founded a review publication in 1836. He died of peritonitis fighting a duel over his young wife in 1837. Pushkin's complete works were published in 12 volumes. An admirer of the Enlightenment and Voltaire, the deistic writer is considered the founder of modern Russian literature. D. 1837. 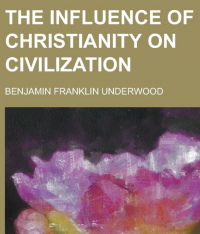 On this date in 1839, Benjamin Franklin Underwood was born in New York City, the second of seven children. Largely self-educated, he served in the Civil War and was imprisoned at Richmond after being wounded in the right leg. After being released through a prisoner exchange program, Underwood reinlisted and served through the war, receiving a commendation for bravery in action. After working as a reporter, lecturer and author, Underwood became a noted promoter of the theory of evolution.

He was appointed co-editor, with William J. Potter, of The Index in 1881, a weekly newspaper founded by a Unitarian. In 1887 he founded The Open Court in Chicago, a journal which published the writings of many freethinkers. Underwood wrote, lectured and debated as a major 19th-century advocate for the freethought movement. His books include The Influence of Christianity on Civilization (1871) and The Crimes and Cruelties of Christianity (1877). Underwood chaired the Congress of Evolution at the World's Fair in Chicago in 1893. He was a supporter of feminism. His wife, Sara Underwood, wrote Heroines of Freethought (1876). D. 1914.

"There is no argument worthy of the name that will justify the union of the Christian religion with the State. Every consideration of justice and equality forbids it. Every argument in favor of free Republican institutions is equally an argument in favor of a complete divorce of the State from the Church.”

—Underwood, "The Practical Separation of Church & State," an address to the 1876 Centennial Congress of Liberals 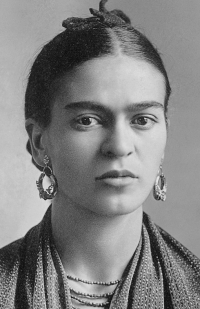 On this date in 1907, Magdalena Carmen Frida Kahlo y Calderón was born in Mexico, the daughter of an atheist German immigrant father and a Mexican/indigenous Catholic mother. Her painting career was born of pain and boredom during a lengthy convalescence following impalement in a horrific streetcar accident. The 18-year-old suffered a broken spine and pelvis, 11 leg fractures and a crushed foot but learned to walk again. She famously married atheist painter Diego Rivera in 1929 but divorced him for infidelity in 1940. They remarried the next year.

Rivera encouraged her to adopt her trademark, colorful Mexican garb. The strikingly beautiful woman also boasted a trademark "unibrow," which she meticulously documented in her many self-portraits. Kahlo sometimes wove blasphemous themes into her surreal paintings and depicted herself as a secular, medical martyr. Unhappy with U.S. values during an extended stay there in the 1930s, she painted a montage of images that included a dollar sign wrapped across the cross on a church.

Kahlo once referred to Rivera as the second major accident of her life. The tempestuous radicals were always controversial in their private and public lives. She was rumored to have had a love affair with the exiled Leon Trotsky and painted an adulatory picture in 1954 called "Stalin and I." She was bisexual and openly explored relationships with women, including Dolores del Rio, Paulette Goddard, Josephine Baker, Georgia O'Keeffe and others. Her status in the LGBTQIA+ community is iconic.

The year before her death, her right leg had to be amputated below the knee due to gangrene, which had started in her toes. She died at 47, probably at her own hand. The New York Times obituary reported that she was believed to be the first woman to sell a painting to the Louvre. Actress Salma Hayek fought hard to bring to life the movie "Frida" (2002), in which she portrayed the artist and was co-producer. (D. 1954)

"I hope the exit is joyful — and I hope never to return."

—Kahlo diary entry a few days before her death. 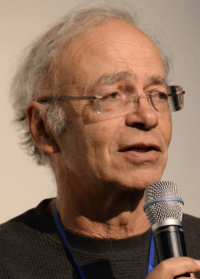 On this date in 1946, Peter Albert David Singer, philosopher, ethicist, animal rights activist and author was born in Melbourne, Australia. His Jewish parents fled Vienna in 1938 to escape the Nazi takeover. He earned his M.A. from the University of Melbourne in 1969 and got his B. Phil. at the University of Oxford in 1971. In 1977, Singer was appointed to a chair of philosophy at Monash University in Melbourne and subsequently was the founding director of that university's Centre for Human Bioethics.

Singer was the founding president of the International Association of Bioethics, and with Helga Kuhse, founding co-editor of the journal Bioethics. In 1999 he accepted a professorship at Princeton University and is the DeCamp Professor of Bioethics at the University Center for Human Values at Princeton. He became well-known internationally after the publication of Animal Liberation in 1975.

As a student at the University of Melbourne, Singer was president of the Rationalist Society and editor of its publication The Freethinker. Singer frequently asserts that morality and ethics have no correlation to religious belief. "Atheists and agnostics do not behave less morally than religious believers, even if their virtuous acts rest on different principles. Non-believers often have as strong and sound a sense of right and wrong as anyone, and have worked to abolish slavery and contributed to other efforts to alleviate human suffering." (Project Syndicate, "Godless Morality,"January 2006.)

He condemns religious intrusion into politics and scientific research. At  FFRF's annual convention in 2004, Singer was a recipient of the Emperor Has No Clothes Award. During his acceptance speech, he said, "Having come to live in America five years ago, I can clearly see why an organization like FFRF is very much needed."

"I don't believe in the existence of God, so it makes no sense to me to say that a human being is a creature of God. It's as simple as that."