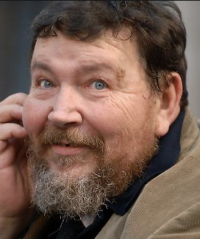 On this date in 1952, Giuliano Ferrara was born in Rome. He served as chief organizer for the Italian Communist Party in his 20s. He left the party in 1982, later saying he admired Marx but not Marxism, and became known for being a conservative and strong advocate against abortion. During Prime Minister Silvio Berlusconi’s first seven-month term in 1994, Ferrara served as his cabinet spokesman, senior aide and chief political strategist.

In 1996 he founded the controversial daily newspaper Il Foglio, published in Rome, and became its editor in chief until retiring in 2015 as editor but continuing to write. He also hosted the popular talk show “8½.” In 2008 he unsuccessfully ran for the parliament on an anti-abortion platform.

In 2008 he was described in the New York Times as an “avowed atheist and nonbeliever.” He referred to himself as a “devout atheist,” according to a 2008 article in the UK Independent. However, he had denied a similar label in April 2007 in the Italian weekly magazine Tempi: "But I'm not 'a devoted atheist.' Anyone who knows me knows that I am the opposite of a 'devotee.' I am a disciplined and rational person, but 'devoted' no."

In 1987 he married U.S.-born Anselma (née Selma Jean) Dell'Olio. In 1992 her and Ferrara's television program "Love Lessons" was canceled by Berlusconi after one episode due to pressure from the Christian Democracy political party.

“I’m not a converted Catholic. I’m still a nonbeliever, even though my idea of reason is the idea of a reason which is open to mystery.” 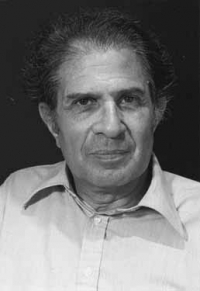 On this date in 1924, Adolphe Miliband, later known as Ralph Miliband, was born and raised in Brussels, Belgium. His parents were Polish Jews who migrated in the 1920s to Brussels, where they met and married. The Miliband family relocated to London in 1940, fleeing the Nazi invasion. In London he changed his first name to Ralph to avoid any connotation to Adolf Hitler. At age 16 he visited the grave of Karl Marx in London to swear allegiance to “the workers’ cause.”

Miliband studied at the London School of Economics under the historian and theorist Harold Laski, who greatly influenced Miliband’s politics. Miliband broke from his studies to serve in the Royal Navy and returned to the LSE to graduate in 1947. Miliband then earned a scholarship for Ph.D. research there, at which time Laski arranged for him to teach at Roosevelt College (now Roosevelt University) in Chicago. In 1949 he became a lecturer in political science at the LSE.

Miliband co-founded the New Reasoner and New Left Review, radical journals that represented the British New Left during the 1950s. Miliband began teaching at the University of Leeds in 1972 and spent time teaching at other universities in the U.S. and Canada. He argued after the mid-1960s that a better, more revolutionary alternative to the British Labour Party needed to be established. His promotion of a Marxist style of revolutionary socialism influenced generations of socialist scholars and leaders, including Tariq Ali.

Miliband married one of his former students, Marion Kozak, in 1961. They raised their two sons in a secular lifestyle. Ironically, Miliband, who critiqued the Labour Party in his book Parliamentary Socialism (1961), had sons who rose to great power in the Labour Party. Miliband was the author of The State in Capitalist Society (1969), Marxism and Politics (1977), Capitalist Democracy in Britain (1982), Class Power and State Power (1983), Divided Societies: Class Struggle in Contemporary Capitalism (1989) and Socialism for a Skeptical Age (1994). He is buried near Marx in Highgate Cemetery in north London. D. 1994.

“The political climate in our house was generally and loosely left: it was unthinkable that a Jew, our sort of Jew, the artisan Jewish worker, self-employed, poor, Yiddish-speaking, unassimilated, non-religious, could be anything but socialistic.”

—Miliband, in a note for his unpublished autobiography, quoted in The New Statesman, “Ralph Miliband, father of the Labour leadership rivals David and Ed, is remembered as a great teacher” (Aug. 30, 2010) 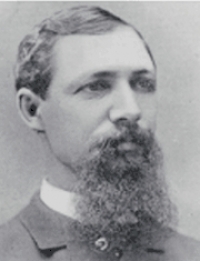 On this day in 1848, John Eleazer Remsburg was born in Fremont, Ohio. He enlisted in the Union Army at age 16 and in 1870 married Nora Eller of Atchison, Kansas. He was a teacher for 15 years and superintendent of public instruction in Kansas for four years before becoming a freethought lecturer and writer.

His many books include Life of Thomas Paine (1880), False Claims (1883), Bible Morals (1884) and Abraham Lincoln: Was He a Christian? (1893).  In his 1909 book The Christ, Remsburg listed 42 writers who did not mention Jesus or whose mentions were suspect. He wrote that the man Jesus may have existed, but that the Christ of the gospels was mythical.

He was a life member of the American Secular Union, of which he was president from 1897–1900, and a member of the Kansas State Horticultural Society. D. 1919.

“The name of Christ has caused more persecutions, wars, and miseries than any other name has caused. The darkest wrongs are still inspired by it.”

—Remsburg, from "The Christ: A Critical Review and Analysis of the Evidences of His Existence" (1909) 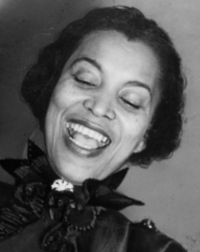 On this date in 1891, writer and folklorist Zora Neale Hurston was born in Eatonville, Fla., the first all-black community to be incorporated in the U.S. Her mother was a country schoolteacher and her father a Baptist preacher who became three-term mayor of Eatonville. "My head was full of misty fumes of doubt," she would later write. "Neither could I understand the passionate declarations of love for a being that nobody could see. Your family, your puppy and the new bull-calf, yes. But a spirit away off who found fault with everybody all the time, that was more than I could fathom."

She was farmed out to relatives when her mother died in 1904. By 14 she had left town to work as a maid for whites. As a live-in maid she enrolled at Morgan Academy in Baltimore. She attended Howard University intermittently from 1918-24 while working as a manicurist and maid for prominent blacks. She moved to New York City in 1925 with "$1.50, no job, no friends, and a lot of hope," into the midst of the Harlem Renaissance.

Her short story "Spunk" (1925) brought her notice. Fannie Hurst, author of Imitation of Life (1933), gave her a job. Another white patroness arranged a scholarship for her at Barnard College. Hurston graduated in 1928 and did graduate study at Columbia, where her talents caught the eye of an anthropology professor, who suggested she incorporate anthropology into her writing.

A commission by a wealthy white patron to collect folklore stymied her career, since the contract barred Hurston from writing. In 1933 she wrote her best-known story, "The Gilded Six-Bits." Her first novel, Jonah's Gourd Vine, debuted in 1934, followed by Mules and Men (1937), Tell My Horse (1937) and the classic novel, Their Eyes Were Watching God (1937). In all she wrote seven books plus her memoir Dust Tracks on a Road (1942).

Many of her short stories were published in magazines and anthologies. Hurston married three times but none of the marriages lasted. She was forced to take diverse "day jobs" to support her writing, from working as a drama instructor at North Carolina College for Negroes at Durham (1939), to working as a maid once again in 1950.

Writer Alice Walker revived interest in Hurston in the 1970s. A Hurston reader, I Love Myself When I am Laughing ... and Then Again When I am Looking Mean and Impressive, was published in 1979. She was inducted into the National Women's Hall of Fame in 1994. The Complete Stories came out in 1995.

She died of a stroke and heart disease at age 69 in a home for the poor and was buried in an unmarked grave in Fort Pierce, Fla. (D. 1960)

"Prayer seems to me a cry of weakness, and an attempt to avoid, by trickery, the rules of the game as laid down. I do not choose to admit weakness. I accept the challenge of responsibility. Life, as it is, does not frighten me, since I have made my peace with the universe as I find it, and bow to its laws."

—Hurston in her autobiography "Dust Tracks on a Road" (1942)