There are 2 entries for this date: Kathy Griffin and Maud Ingersoll 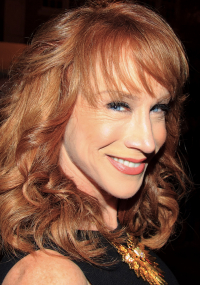 On this date in 1960, comedian Kathleen Mary Griffin was born in Oak Park, Ill. When Griffin was 18, she chose not to attend college and moved to Los Angeles to pursue a career in show business, where she launched her career in stand-up and improv comedy. She gained celebrity with her television show “Kathy Griffin: My Life on the D-List,” a raunchy reality show that earned two Emmy Awards. Her autobiography, Official Book Club Selection: A Memoir According to Kathy Griffin (2010), was a New York Times best-seller and several of her comedy albums have received Grammy nominations. She has also had roles in many movies and television shows.

Griffin is an outspoken advocate for LGBT rights, AIDS awareness and various other social and political causes. She frequently criticizes organized religion, and although she grew up Catholic to Irish immigrant parents, she has broken away from the church. In a June 2007 interview with OutSmart magazine, she described herself as a “militant atheist.”

Christian groups and others heavily criticized her for her Emmy acceptance speech in 2007, where she said, "A lot of people come up here and thank Jesus for this award. I want you to know that no one had less to do with this award than Jesus. He didn’t help me a bit. If it was up to him, Cesar Millan would be up here with that damn dog. So all I can say is suck it, Jesus, this award is my God now." She tried to explain it away by saying she was only criticizing award winners for giving credit to a higher power for their own achievements. She has had several other incidents since in which she has been criticized for statements that many people saw as offensive.

Griffin's "Laugh Your Head Off" worldwide comedy tour drew crowds in 2017-18. She was the first female comedian to have a comedy album debut at number one on the Billboard Top Comedy Album chart. She was married to Matt Moline from 2001-06.

“I can criticize your religion all I want, and you can criticize mine. I don’t like this whole climate of, ‘You can’t ever say anything bad about the group I’m in, cause every group is untouchable.’ We can all criticize each other and engage in debate all we want.” 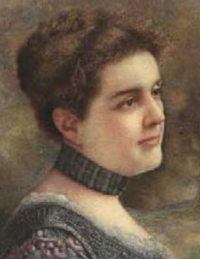 On this date in 1864, Maud Ingersoll was born in Peoria, Illinois, second daughter of "The Great Agnostic" Robert G. Ingersoll and Eva Parker Ingersoll. Maud, like her older sister, Eva, was given the middle name "Robert." With Eva, Maud received instruction at home by her parents with extra tutoring in German, French, Italian, music and art. Both girls read before the age of 6, although not pushed into formal education.

As teenagers, they sometimes helped their father research the bible and religious writings for his lectures. "Father had read with us and together we have looked up references, localities and proofs," Eva once wrote, adding that the more they came to be acquainted with Christianity, the less they liked it.

Maud became Ingersoll's special attendant, accompanying him on lecture tours. She once stayed in the courtroom throughout a protracted, six-week trial involving a charge of forgery over a will in Butte, Montana. After Ingersoll's death she continued to refute spurious claims, which she was accused of circulating, that her father had recanted: "At the time of his death — in fact, the very morning of his death — he was working on a new lecture on Jesus Christ to be delivered the next winter and in which he intended saying that Christ was a myth," Maud reported. D. 1936.

“I wish to say emphatically that there isn't a word of truth in this statement. Neither my sister nor myself is connected with any church in any way. Although our father has always wished for us to study and think for ourselves, we agree with him heartily in his religious belief.”

—Ingersoll, denying her religious conversion in a slander put forth by Rev. W. W. Landrum, First Baptist Church of Atlanta (1883)