There are 4 entries for this date: Maarten Schmidt , Wendy Kaminer , Linus Torvalds and John Legend 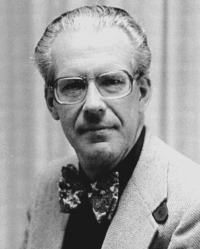 On this date in 1929, Maarten Schmidt was born in Groningen, the Netherlands. Schmidt grew up in a fairly nonreligious family and never attended church as a child. He became interested in astronomy at age 12 when he began building telescopes with help from an uncle. He earned a bachelor’s degree from Groningen University in 1949 and graduated from Leiden Observatory with a Ph.D. in 1956. After graduation he began working as an associate professor of astronomy at the California Institute of Technology and worked there until his retirement in 1996.

Schmidt’s most influential achievement was discovering in 1963 the first known quasar, a type of extremely massive and distant black hole. Quasars, which harbor clues to early conditions of the universe, provided strong evidence to support the then-controversial "big bang" theory of the origin of the universe. Schmidt continued researching quasars, along with X-ray and gamma ray astronomy. Schmidt also worked as director of the Hale Observatories (1978-80).

He was on the cover of Time magazine on March 11, 1966. His numerous awards include the Rumford Prize in 1968, the Bruce Medal in 1992 and the inaugural Kavli Prize for Astrophysics in 2008, with Donald Lynden-Bell. Schmidt served as president of the American Astronomical Society (1984-86). He and his wife Corrie were married in 1955 and had two daughters. 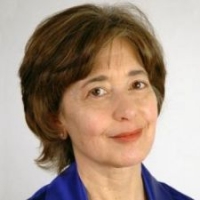 On this date in 1949, Wendy Kaminer was born. She earned her undergraduate degree from Smith College in 1971 and went on to graduate from Boston University Law School in 1975. Kaminer worked as a criminal defense attorney for the New York Legal Aid Society (1977-78), as a staff attorney for the New York City Mayor’s Office and as a professor at Tufts University (1988-90).

In 1991 she switched her focus from law to journalism when she became a contributing editor for The Atlantic, although she often writes about legal issues. She is also a senior correspondent for The American Prospect.

She is the author of eight books, including I'm Dysfunctional, You're Dysfunctional: The Recovery Movement and Other Self-Help Fashions (1992), Sleeping with Extra-Terrestrials: The Rise of Irrationalism and Perils of Piety (1999) and Free For All: Defending Liberty in America Today (2002). Kaminer was awarded the Extraordinary Merit Media Award from the National Women’s Political Caucus in 1993 and a Guggenheim Fellowship in 1993.

Kaminer is an outspoken agnostic who uses her journalism platform to speak up about atheism and state/church issues. Many of her articles discuss the harm of religion’s influence on politics, civil liberties, psychology and the law. In “The Last Taboo: Why America Needs Atheism,” published in The New Republic in 1996, Kaminer wrote: “Atheists generate about as much sympathy as pedophiles. But, while pedophilia may at least be characterized as a disease, atheism is a choice, a willful rejection of beliefs to which vast majorities of people cling.”

Kaminer was the recipient in 2000 of FFRF’s Freethought Heroine Award. She married Woody Kaplan, a secular political and civil liberties activist in 2001.

“I don’t care if religious people consider me amoral because I lack their beliefs in God. I do, however, care deeply about efforts to turn religious beliefs into law, and those efforts benefit greatly from the conviction that individually and collectively, we cannot be good without God.” 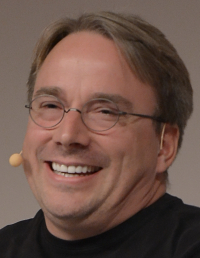 On this date in 1969, Linus Torvalds was born in Helsinki, Finland. He was named after the American chemist Linus Pauling. He started using computers when he was 10 and soon was writing programs using the BASIC language on his grandfather's Commodore computer. Torvalds earned his M.S. in computer science from the University of Helsinki in 1996, where he was introduced to the Unix operating system.

In 1991 he started creating the innovative Linux software program that was the kernel used to complete the GNU free operating system started by atheist and FFRF supporter Richard Stallman in 1983-84. The GNU operating system is often incorrectly called "Linux" by the public. GNU is a self-referential acronym for "GNU's Not Unix!" — chosen because GNU's design is Unix-like but differs from Unix by being free software and containing no Unix code.

Torvalds received multiple awards for his work with Linux, and the asteroid 9793 Torvalds was named after him. He worked for Transmeta Corporation from 1997 to 2003. He appeared in the 2001 documentary “Revolution OS” and wrote an autobiography titled Just for Fun: The Story of an Accidental Revolutionary (2001). He married Tove Monni in 1997 and they have three daughters, Patricia Miranda, Daniela Yolanda and Celeste Amanda. Torvalds became a U.S. citizen in 2010.

Torvalds described himself as “completely a-religious” and “atheist” in a 1999 Linux Journal interview. He explained his reason for being an atheist: “I find it kind of distasteful having religions that tell you what you can do and what you can’t do.” 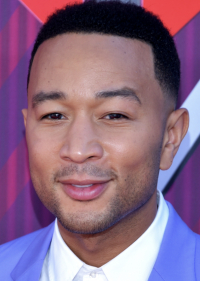 On this day in 1978, singer-songwriter John Roger Stephens, later known as John Legend, was born in Springfield, Ohio, to Ronald and Phyllis (Jackson) Stephens, respectively a  seamstress and a factory worker and National Guardsman. His grandmother taught him to play the piano when he was a child. He sang in the choir at his Pentacostalist church, where his talent was recognized early on. He attended the University of Pennsylvania and after graduating started performing in nightclubs in New York City.

He worked with big-name artists such as Alicia Keys and Jay-Z. His first album, “Get Lifted,” debuted at number 7 on the Billboard 200 in 2004. The album went platinum and earned Legend three Grammy Awards. As of this writing, he has released six studio and several live albums. He co-wrote “Glory,” the theme song for the 2014 film “Selma,” with rapper Common and Rhymefest. It won a Grammy and Golden Globe for Best Original Song in 2015. The Billboard Music Awards named his song "All of Me" the Top Radio Song in 2015.

Legend played Keith in the 2016 movie "La La Land" and co-wrote and performed the song "Start a Fire" for the soundtrack. In 2018 he portrayed Jesus in the NBC adaptation of the Andrew Lloyd Webber/Tim Rice rock opera "Jesus Christ Superstar." He received a Primetime Emmy nomination for his acting role and won the Emmy for his role as show producer.

He married model Chrissy Teigen in 2013. Their second child was born in 2018. Before a June 2013 performance in London to raise awareness of women's issues in education, health and justice, Legend said at a press conference, "All men should be feminists. If men care about women's rights, the world will be a better place."

PHOTO: Legend at the iHeartRadio Music Awards in Los Angeles in 2019. © Glenn Francis, PacificProDigital.com under CC 4.0

"I grew up in a religious home, but I’m not religious right now. ... I saw a lot of hypocrisy. I felt like religion, in a lot of ways, was used to control and subdue people rather than to bring out the best in them sometimes."