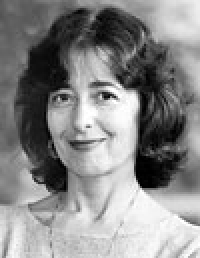 Wendy Kaminer, Affiliated Scholar at the Radcliffe Institute for Advanced Study, is a columnist for The American Prospect and is Contributing Editor at The Atlantic Monthly. She serves on the National Board of the American Civil Liberties Union. A lawyer and social critic, she writes about law, liberty, feminism, and popular culture. She received a Guggenheim Fellowship in 1993. Her commentaries have aired on NPR's "Morning Edition." Her articles and reviews have appeared in The New York Times, The Nation and Newsweek. Her books include: Sleeping with Extra-Terrestrials: The Rise of Irrationalism and Perils of Piety (1999), I'm Dysfunctional, You're Dysfunctional and A Fearful Freedom: Women's Flight from Equality.

Wendy Kaminer accepted her award at the twenty-third annual national convention of the Freedom From Religion Foundation in St. Paul, Minnesota, on Sept. 16, 2000. In introducing her, Foundation staff member Annie Laurie Gaylor noted that the Freedom From Religion Foundation had never received so many requests to invite a speaker as she had received nominations that year for Wendy Kaminer. Kaminer's book, Sleeping with Extra-Terrestrials, had taken the press by storm and Wendy was regularly heard on National Public Radio warning of the perils of "faith-based" funding by the government, and other state/church entanglements, as well as promoting rationalism.