There are 4 entries for this date: Robin Cook , Linus Pauling , Michel de Montaigne and Daniel Handler 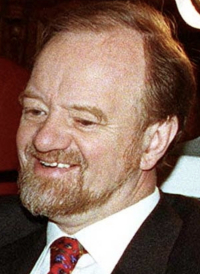 On this date in 1946, diplomat Robert Finlayson "Robin" Cook was born in Bellshill, Lanarkshire, Scotland. Cook attended Aberdeen Grammar School, where he was nicknamed Robin, and graduated with an honors degree in English literature at Edinburgh University, where he was the features editor of the student newspaper.

After chairing the Scottish Association of Labour Students in the 1966-67 academic year, Cook became a lecturer with the Workers' Educational Association. He served as secretary of the Edinburgh City Labour party in the early 1970s and was elected to the Edinburgh Corporation at age 26, one of Scotland's youngest councillors. Cook held prominent posts in the Labour Party, including spokesman on economic affairs, shadow health secretary, Tony Blair's foreign affairs spokesman (in 1994), and foreign affairs secretary in 1997, when Labour came to power.

Cook quit his post in Blair's cabinet in 2003 because he had, according to BBC News, become "increasingly angry" about his failure to convince the prime minister to avoid war against Iraq. Cook died at the age of 59 after suffering a heart attack while walking in the Highlands of Scotland. At Cook's funeral service, Richard Holloway, who led the service, "told mourners that as an avowed atheist Mr. Cook would have raised a 'quizzical eyebrow' at the service being held in St. Giles Cathedral. But he said it was an 'entirely appropriate' venue because ... Mr. Cook was a 'Presbyterian atheist.' " (BBC News, Aug. 12, 2005)

PHOTO: Cook in 1997 at a meeting with U.S. Defense Secretary William Cohen.

"Mr. Cook had been an avowed atheist, who would, in the normal course of events, have steered well clear of organised religion."

—Magnus Linklater, noting the irony of Cook's funeral being held in a Christian church, The Times of London (Aug. 13, 2005) 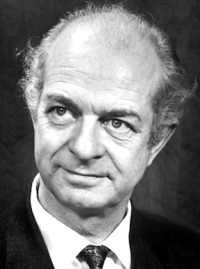 On this date in 1901, scientist and peace activist Linus Carl Pauling was born in Portland, Ore, to Herman and Lucy (Darling) Pauling. His parents, of German Lutheran background, weren't especially active in church affairs. His father died when Pauling was 9. He studied chemistry at Oregon Agricultural College, where he met his future wife, Ava Helen Miller, with whom he would have four children. In 1922 he enrolled at the California Institute of Technology (Caltech), where he earned a Ph.D. in chemistry and then joined the faculty.

He would go on to become the only person to receive two unshared Nobel Prizes: Chemistry (1954) and Peace (1962) and is considered a founding father of quantum chemistry and molecular biology. His crowning achievement was to explain the carbon bonding in molecules such as methane. He later taught at the University of California-San Diego and at Stanford University,

The advent of the nuclear age turned the Paulings into peace activists who traveled and spoke widely. They eventually joined the Unitarian Church but Pauling was not interested in theology. On "The Phil Donahue Show" in 1967, Donahue asked him if he believed in God. Pauling replied, "No, I do not."

In accepting the Nobel Prize for Peace for 1962, he said, "The only sane policy for the world is that of abolishing war." The award recognized his six-year campaign to persuade the U.S., Great Britain and the Soviet Union to sign a nuclear test ban. Minimizing suffering was the key to ethics, he believed. He was named Humanist of the Year by the American Humanist Association in 1961.

After his wife's death from stomach cancer in 1981, Pauling continued to produce new ideas on nuclear structure and researched the diet of our Old World ancestors to gain insight into proper nutrition. In 1986 he published his last book, How to Live Longer and Feel Better. He died in 1994 at age 93.

"I am not, however, militant in my atheism. The great English theoretical physicist Paul Dirac is a militant atheist. I suppose he is interested in arguing about the existence of God. I am not."

—Pauling, quoted in "A Lifelong Quest for Peace: A Dialogue" by Daisaku Ikeda (1992) 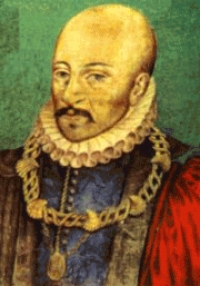 On this date in 1533, essayist Michel Eyquem de Montaigne was born near Bordeaux, France. His mother's Spanish-Portuguese family had converted from Judaism to Protestantism and immigrated to France during the Spanish Inquisition. His Catholic father, a well-to-do merchant, came from a titled family. Tutored by his father, Montaigne spoke Latin fluently by age 6. He completed his studies at the College de Guyenne at 13, then studied law, replacing his father as councilor of the Bordeaux court in 1555.

After serving for 15 years, he resigned to commence writing essays, a term he coined himself from the French word "essai" (attempt), and which he defined as "the dialogue of the mind with itself." At his father's request, he translated Spanish theologian Raimond Sebond's 1,000-page book on natural theology, which averred religious claims could be proved by scientific logic. When the first two volumes of his Essays were published in 1580, Montaigne's longest essay was "Apology for Raimond Sebond," which countered Sebond's claim, arguing religion could only be believed by faith.

Montaigne's observations on religion in Essays include: "How many things served us yesterday for articles of faith, which today are fables to us?" "Philosophy is doubt." "To know much is often the cause of doubting more." "Nothing is so firmly believed as what we least know." During the bloody religious wars between French Catholics and Protestant Huguenots, Montaigne played the role of intermediary between King Henry III and the Huguenot Henry of Navarre.

Montaigne was jailed briefly, first by the Protestants, then by the Catholics. He campaigned in 1598 for the issuance of the Edict of Nantes by King Henry IV to restore religious toleration. Montaigne was mayor of Bordeaux for four years and completed his third volume of Essays in 1588. Essays were put on the Catholic Church's notorious index of condemned writings in 1676.

Freethought historian J.M. Robertson (A Short History of Freethought,1957) considered Montaigne a humanistic deist who significantly rejected "the great superstition of the age, the belief in witchcraft." Montaigne's motto was Que sais-je? (What do I know?) D. 1592.

“Man is certainly stark mad. He cannot make a flea, and yet he will be making gods by the dozen.” 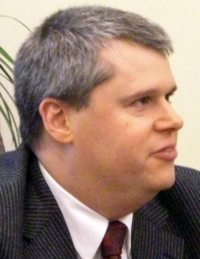 On this date in 1970, Daniel Handler was born in San Francisco. His father was a Jewish refugee from Germany. Handler graduated in 1992 from Wesleyan University, where he met graphic artist Lisa Brown, his future wife. His first novel, The Basic Eight, was published in 1999. Handler is best known for his writing under the pen name Lemony Snicket, most notably the 13-volume A Series of Unfortunate Events. In these children's books, Snicket is slowly revealed to be not only a pen name but an important character in the fictional world Handler created.

The three protagonists are orphans who live in a fictional world where they must continually battle against adversity and the efforts of various villains to steal their fortune. The first book, The Bad Beginning, was published in 1999, and the last, The End, in 2006. During this time, Handler made many personal appearances and gave several interviews as Lemony Snicket’s personal assistant, claiming that Mr. Snicket had been unable to appear at the last minute.

Since the conclusion of the series, Handler has written picture books and short stories under the Snicket name. He also continues to write for adults under his own name, including the novels Watch Your Mouth (2000) and Why We Broke Up (2011). Handler has also worked as a screenwriter and was involved in the production of the 2004 film adaptation of the beginning of the series.

Handler describes himself as a secular humanist. He drew on his Jewish heritage in the winter holiday book The Latke Who Couldn’t Stop Screaming (2007).

PHOTO: Handler in 2009 at a book signing; Aaron Gustafson photo under CC 2.0.