There are 3 entries for this date: John Baskerville , Alan Alda and Jason Aaron 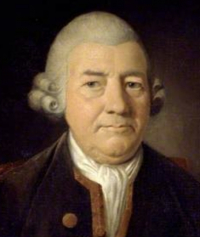 On this date in 1706, John Baskerville was born in Wolverley, Worcestershire, England. At age 17 he was engraving tombstones and at 20 started an engraving business. At 32 he took up the then-popular lacquering process known as japanning that made him wealthy. Baskerville was an early mentor to Matthew Boulton, who built Watt's steam engines. He was also a good friend of fellow printer Benjamin Franklin, who visited him when he was U.S. ambassador to France.

In his early 40s he started applying his engraving skills to printing and typography and produced the first of the Baskerville fonts. Cambridge University Press hired him as its printer and there, in 1763, he printed his great masterpiece: "After five years' labor, he produced what might have been the most beautiful Bible yet made," wrote John H. Lienhard, University of Houston emeritus professor of engineering and history. "The contradiction was that Baskerville was an atheist! And he was no closet unbeliever. He was an outspoken iconoclast."

Francis O’Regan of the Birmingham (UK) Skeptics isn't so sure, writing in June 2011: "There is no doubt he was Anti-clerical and he obviously had little respect for revealed religion but those confirmed facts don’t necessarily support the idea he was an Atheist. It is just as likely that he was a Deist like his beloved Voltaire."

He instructed that he wished to be buried in unconsecrated ground and composed his own freethinking epitaph. By interesting coincidence, the typeface used for many years by FFRF's publication Freethought Today is Baskerville Times. D. 1775.

Stranger
Beneath this cone in unconsecrated ground
a friend to the liberties of mankind
directed his body to be inhumed.
May the example contribute to emancipate thy mind
from the idle fears and superstitions
and wicked arts of priesthood. 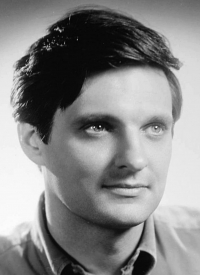 On this date in 1936, Alan Alda (né Alphonso Joseph D’Abruzzo) was born in Bronx, N.Y., to actor Robert Alda and Joan Browne Alda. He began acting at the age of 16, a hobby that he continued during his time at Fordham University, where he earned his bachelor’s degree in English in 1956. After graduating, he spent time performing at the Cleveland Playhouse and on Broadway. Alda’s best-known acting role is starring as surgeon Hawkeye Pierce on the television show “M*A*S*H” (1972-83), for which Alda wrote and directed numerous episodes.

Alda has acted in numerous movies, including “Crimes and Misdemeanors” (1989) and “The Aviator” (2004), for which he was Oscar-nominated as Best Supporting Actor. He has also written and directed films such as “The Four Seasons” (1981) and performed in Broadway plays, including “QED” (2001-02), in which he portrayed Richard Feynman. In 2019 he received a Lifetime Achievement Award from the Screen Actors Guild. He has written two books, Never Have Your Dog Stuffed (2005) and Things I Overheard While Talking to Myself (2007).

Alda hosted the television shows “Scientific American Frontiers” (1993-2007) and “The Human Spark” (2010). He was awarded a People’s Choice Award for Favorite Male Actor in 1975 and won an Emmy in 2006 for his portrayal of a Republican senator on “The West Wing” (2004-06). Alda's character, Sen. Arnold Vinick stopped going to church and often battles the Religious Right in his own party.

He married photographer Arlene Weiss in 1957 and they have three daughters: Eve, Elizabeth and Beatrice.

Alda is open about his lack of belief but prefers to identify simply as a nonbeliever rather than as an atheist or agnostic. He told the Edge Foundation, “I still don't like the word agnostic. It's too fancy. I'm simply not a believer. But, as simple as this notion is, it confuses some people. Someone wrote a Wikipedia entry about me, identifying me as an atheist because I'd said in a book I wrote that I wasn't a believer.”

“For a while in my teens, I was sure I had it. It was about getting to heaven. If heaven existed and lasted forever, then a mere lifetime spent scrupulously following orders was a small investment for an infinite payoff. One day, though, I realized I was no longer a believer, and realizing that, I couldn’t go back.” 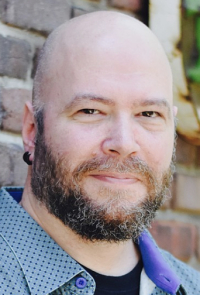 On this date in 1973, comic book writer Jason Aaron was born in Jasper, Ala., into a Southern Baptist household. He would later quip that he was Jasper's most notable personage after George "Goober" Lindsey of "The Andy Griffith Show" and mixed martial arts fighter Eric "Butterbean" Esch.

"You grow up with religion and pork and college football, and that’s all you know for most of your life. I still love two of those things. So I grew up with faith and religion as a big part of my life, until I got to be 19 or 20 in college and just got to a point where it didn’t make sense for me anymore, and I didn’t buy into it." (War Rocket Ajax podcast #138, Dec. 3, 2012)

Fascinated as a child by comics, he knew what he wanted to do when he grew up. He entered and won a Marvel Comics talent search contest in 2001 with an eight-page story script, which was published in Wolverine #175 (June 2002). It would be four years before he got another one published. Aaron earned a B.A. in English from the University of Alabama at Birmingham, then worked at a variety of menial or unfulfilling jobs while writing DVD and film reviews.

He broke out as a writer with "The Other Side" (2006), a five-issue series with a Vietnam War theme that was nominated for an Eisner Award for Best Miniseries. The first of 60 issues of "Scalped," a series with artist R. M. Guéra set on a fictional South Dakota Lakota Indian reservation, was published in 2007. The day Aaron got the call it was green-lighted was the day before his wedding. He and his wife had a son, Dashiell (after novelist Dashiell Hammett), before divorcing.

Another crime novelist, James Ellroy, would later give Aaron one of the best pieces of advice he ever got: "Don't write the shit you know, write the shit you want to read."(Comic Book Resources online, April 8, 2011) After four issues of "Wolverine" in 2007, Aaron returned to the character with the series "Wolverine: Weapon X," launched to coincide with the feature film "X-Men Origins: Wolverine." He moved to Kansas City the day after the film's premiere.

The writing continued with a "Wolverine" relaunch (2010), another of "The Incredible Hulk" (2011) and "Thor: God of Thunder" in 2012. The Thor character's comic book history goes back to 1962. (It was announced in 2019 that Aaron's Thor storyline was the basis for "Thor: Love and Thunder," directed by Taika Waititi with Natalie Portman as Jane Foster/Mighty Thor.) It opened in theaters in July 2022.

He was part of the 2015 Marvel relaunch of "Star Wars" that was the best-selling American comic book in over 20 years. As of this writing, he is the current writer on Marvel's flagship "Avengers" and its spinoff "Avengers Forever." His critically acclaimed "Southern Bastards" series (2014 debut) received numerous nominations and awards.